The Consumer Electronics Show (CES), the world’s biggest go-to platform for people who thrive on the business of consumer technologies, officially launched today, 7th January 2020 in Las Vegas, with a heavy prominence on emerging self-driving car technology from car makers and automotive electronics providers that make sensors, circuits and chips.

While there’s a lot of enthusiasm from this industry crowd for assisted driving and autonomous vehicles (AVs), the public still not sure about the safety of AVs and associated costs to afford vehicles that use such tech.

Deloitte surveyed 35,000 driving-aged consumers, from 20 countries, across the world. Conducted online, the study helps to supply insights into a spread of critical issues impacting the automotive sector. It found that consumers are still not sure regarding the safety of autonomous vehicles since last year in most countries. In the US, nearly half of the consumers (48%) think that fully autonomous cars will be unsafe. This concern extends to commercial vehicles, as well. Quite two-thirds (68%) of consumers noted that they were concerned about commercial vehicles operating in autonomous mode on the highway. And 56% were apprehensive about riding in shared Robo-taxi or similar vehicle.

Global auto sector leader for Deloitte Consulting, Joe Vitale said, “Stakeholders across the auto industry are currently facing challenges when it comes to business models and product portfolios as they are forced to rethink long term investments while not getting left behind.”

Further, he added, “Underlying these massive R&D investments is the assumption that consumers will actually pay for advanced vehicle technologies when they appear on the market. However, as consumer skepticism gains momentum, automakers should rationalize returns on invested capital to remain profitable as consumers’ desires to purchase new technologies continue to wane….”

Indeed, compared with the previous study, Deloitte found that the stipulation of electrified vehicles has increased this year in the US. In other countries, interest in autonomous vehicles increases as well, but not by as much. In China, interest is declined, reaching 57% in the latest poll, down from 65% a year ago.

Consumer’s perception, towards AVs, varies widely across geographies. In India, 80% of people agree that increasing vehicle connectivity will be beneficial, compared to 46% in the U.S. and just 36% in Germany. People in India and China are embracing the idea that connectivity with infrastructure and other cars is beneficial at twice the rate compared to Germany and well ahead of the U.S.

But the study also found that India and China have increased concerns that AVs will not be safe compared to a year ago, while the U.S., Japan, Korea, and Germany remain nearly as concerned as they were a year ago.

Also more than half of respondents in the U.S. and India said they were concerned about fully autonomous vehicles being tested on public roads where they live. 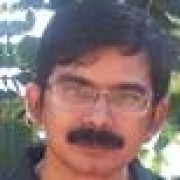 Strategic Partnership between Quanergy and Geely