I often get asked about the purpose of Motor Racing. Why keep going round in circles? Why drive so fast and risk lives? Why burn so much fuel/money?

As much as the petrolhead in me loves the aspects of motorsport that gives me so much adrenaline & joy, the engineer & entrepreneur in me cannot stop loving the sport enough.

We know that motor racing first began as soon as the second car was built! Gradually, it began to become much more than a mere competition of the drivers, as the complexities of an automobile kept increasing. Now, it has evolved into a sport where some of the finest engineers come together to compete against one-another. Motor Racing’s contribution to the world of Automotive Engineering has always been applauded. For the uninitiated, technology transfer was one of the major reasons that Automotive Manufacturers went racing. In the early days, Disc Brakes, Independent Suspension, Monocoque Chassis, Honda’s VTEC variable valve timing, lighter material, etc. were invented for Racecars and gradually transferred to your daily drive. In the modern world, the significance of motorsport as a mechanism to build highly competent technology is sometimes dismissed, but the reality is quite the opposite. To give an example, 50% of the budget of one of the top Formula One team comes from the Manufacturer’s R&D budget allocation, rest from their Marketing Pool. The answer is simple, as we move towards higher complexities in every-day cars, the relevance of motorsport as a tool keeps increasing.

But what does the future really hold?

We all know where we are headed. Our cars will be Connected, Autonomous, Shared & Electric.

My first experience with Telematics or Connected Cars was studying milli-second accurate race-data post every session inside the car. This not only assisted us to improve our lap times by a crucial tenth of a second to go from 8th on the grid to 2nd or 3rd, but also helped us when there was an accident. The telematics data was closely monitored for driver inputs to determine the fault or understand if there was a mechanical failure. We see Telematics gradually becoming mainstream technology in the modern-day vehicles. The work we do at Quixote is a testament to the technology transfer in terms of vehicular telematics from racecars to road cars!

It took decades for Telematics to become common-place in everyday cars, but what we are witnessing now is a rapid increase in time to market. We have already seen that a 2014 Hybrid Formula-One Power Unit (Not engine) has assisted car manufacturers to significantly improve their hybrid/battery systems within a couple of years of deployment in F1.

As we move higher up the ranks of motorsport, the complexities of the technology and the relevance to the future keeps increasing significantly.

More often than not, I find myself in several arguments trying to defend the Autonomous, Connected, Electric & Shared future. I get really bizarre looks from friends in the Racing Industry, Automotive Journalism or Racecar Engineering. As if I have betrayed the tribe.

It isn’t the Capitalist in me but the curious human that admires it.

So, what’s the world of motorsport bringing on the table for the Autonomous, Connected, Shared & Electric Future.

The answer is Robo Race! A competition for completely autonomous, electrically powered vehicles! The competition has six competing team of engineers with standardised chassis and powertrain such that the only competition is to develop better real-time computing algorithms and artificial intelligence technologies. They have successfully concluded an Alpha Season and are trying out a Beta Season.

It is yet to formally begin and the cars are much much slower than what could be. But imagine the possibilities.

The human body is limited by the amount of force it can withstand. Material science is far ahead of the forces that human body can withstand. So, when we do figure out autonomous cars, it will be quite a spectacle to see them battle it out at unimaginable speeds. Maybe on ground, maybe not. The current limitations are the innumerable variables and environmental factors that limit the AI.

In 2016, Toyota partnered with Microsoft to build on top of the data from their World Rally Championship cars. Unlike road racing, rally racing doesn’t happen on well-paved tarmac but on random roads and surface spread around countryside.

Toyota has been utilising the WRC cars to develop a data analysis platform to gather, visualise and analyse various data related to driving which is utilised in race activities. Simultaneously building information-sharing system to allow team members to collaborate share materials which enhancing the communications of the data through providing cloud services. All of this has translated into a new entity called Toyota Connected, a new user experience and product-development company aimed at expanding, collecting and analysing large amounts of vehicle data to help further improve quality, safety and the driving and ownership experience for Toyota customers.

While the data of these World Rally cars are utilised to train autonomous vehicles to drive on various surfaces and understand the limitations. The first type of application is Chauffeur Mode, where the car is fully autonomous In order to accomplish this safely, it is estimated that some 14.2 billion kilometres of testing, including simulation, are required. Microsoft is an important partner in the test-mile accumulation, since a lot of the work can be done through multi-agent simulation.

Battery tech & Motor tech. These two domains pretty much cover most of the R&D / cost of an electric vehicle. The aim of Formula E from the get-go was to form a separate motor racing category aimed at developing cutting-edge electric cars. The championship has attracted a lot of interest. Audi, BMW, Porsche, Nissan, Jaguar, Mercedes, Nio & even Mahindra are a part of the championship. In 2022, the cars are expected to generate 350 kW of max power, while 600 kW of recovery power can be generated under braking. There’s a very interesting documentary on Amazon Prime Video Titled “Racing into the future: Formula E as a TechLab for the BMW Group”, on BMW I Motorsport’s Formula E project- from the test and development phase to the first win in the first race with the BMW iFE.18.

An international racecar driver turned entrepreneur, Akshay Gupta is the Co-Founder & CEO of Quixote Automotive Technologies – an automotive tech start-up working in Connected cars, InsureTech, ADAS, and autonomous vehicular technology driving his team towards the notion that ‘safety shouldn’t be a luxury’. Following his passion for the Automotive Sector, Akshay has also been an Automotive Journalist, a Racecar engineer; and has deep interests in  Philosophy, Psychology, Science, Technology, and Art. 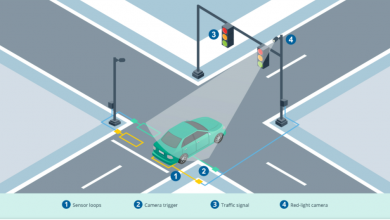 Smart and Shared Mobility – The Overview,definition and future