These days catchphrases like sustainability, sustainable development and, protecting the environment are the centre stage of most conversations. The automobile sector too is discussing its future which revolves around new and emerging technologies. ACES (Autonomous, Connected, Electric and, Shared) mobility is recognized as the most disruptive trend in the automotive industry. Among all of them, autonomous vehicle technologies are among the most heavily researched topics. The vehicle technologies currently available are only a fraction of what is being developed for the future. It is becoming clearer that autonomous, connected and electric vehicles will provide significant social, industrial, economic, and environmental benefits in the future.

Connected Vehicle combines leading-edge technologies — advanced wireless communications including 5G, onboard computing, advanced vehicle-sensors, navigation, smart infrastructure, and others — to enable vehicle basic connectedness to complex experiences that span from basic digital services to identifying threats and hazards on the roadway and communicate this information over wireless networks to drivers. Autonomous vehicles technologies specifically up to L2 level would bring a wide array of benefits even for the Indian market, including reduction of overall accident rates in India by reducing driver stress, and providing a split-second advantage for the driver to react in critical conditions and then take evasive maneuvers if the driver fails to react.

Novus Drive, a full-stack autonomous driving software developed by The Hi-Tech Robotic Systemz, has already enabled many vehicle platforms including the first driverless shuttle made in India. This first Indian driverless shuttle uses state-of-the-art scene understanding and perception algorithms with multiple sensors specifically cameras which allow it to perceive its environment and take intelligent control decisions while maintaining a comfortable ride for its passengers. It uses multiple fail-safes and redundancy both in hardware and software to maintain safety while driving autonomously to dropping passengers at their respective destinations.

Mobility and movement of both people and goods are one of the core needs for human progress across centuries. Though technological changes are taking place at an ever accelerated pace, the automobile hasn’t been able to keep up.  Now, we are in a position where it can be redefined and reimagined.

India has already leap-frogged many technologies over the past few decades, the discerning Indian consumer expects nothing less than their global counterparts in today’s globally connected world. This is bound to push the Indian automotive industry to adopt new technologies at a fast pace.

The capability to identify, collect, process, exchange, and transmit real-time data provides drivers with a greater situational awareness of the events and potential threats thus helping them make better decisions.

When combined with autonomous vehicle technologies specifically for active safety applications, a Connected Vehicle attains the ability to respond and react when the driver can’t or doesn’t react in time, significantly increasing the effectiveness of crash prevention and mitigation. Some potential applications of Connected Vehicle are described below:

When a vehicle brakes suddenly, it can transmit a message to vehicles behind that enable those vehicles to warn drivers to stop, or automatically apply brakes if a crash is imminent.

A vehicle involved in an accident could transmit incident data — time of the incident, type of crash, severity — through a roadside infrastructure device to system operators who then broadcast regional warnings. Simultaneously, incident data could be transmitted directly to emergency dispatchers for emergency response.

A vehicle turning right may be able to send an alert to a bicyclist’s cell phone or an e-bike and avoid a potential collision.

India is a land of multiple seasons and constantly changing climatic conditions. So bad weather combined with heavy traffic generally creates complex driving conditions. Apart from this, other factors such as improper road signs, degraded road markings, drivers not following driving rules, etc. increase the risk of accidents and collisions.

Autonomous vehicles use a broad set of sensors to “see” the environment around them, helping to detect objects such as pedestrians, other vehicles, and road signs. Cameras help the vehicles to view objects and therefore autonomous and connected vehicles can provide the owner with an increased sense of safety and security.

Most autonomous vehicles use artificial intelligence and machine learning to process the data that comes from their sensors and to help make the decisions about their next actions. The vehicle will then use this information to help decide how the vehicle needs to act, such as braking or swerving, to avoid a detected object thereby proving to be safer.

This itself can go a long way in making the Indian roads safer and avoiding collisions, which are often the result of driver inattentiveness.

Learning on the open road

Once an autonomous vehicle is on the road it will continue to collect data and learn. As it continues to encounter new situations, new roads, detect objects it hasn’t come across in its training, it will collect this data which can be used to learn further through software updates.

In India, we need to have standards and regulations for autonomous vehicles and ADAS technologies to drive mass adoption.

Anuj has over 15 years of experience developing autonomous solutions and mobile robotics
platforms. He built The Hi-Tech Robotic Systemz from the first prototype to its current position as
the Indian market leader in robotics and multimillion-dollar international contracts. 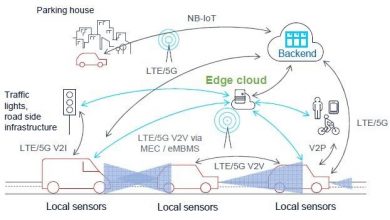 On 5G Networks and Mobile Edge Computing in Connected Vehicles 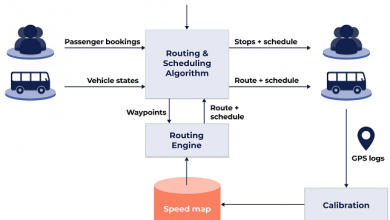 The Design, Calibration and Application of Traffic Speedmap For Ride Scheduling