Have you ever witnessed a 2-mile long traffic jam while cruising on a highway and quickly believe, “Like, I didn’t see an accident back there, I wonder what happened?” Similar researches and solutions are coming each day on a plethora of traffic monitoring and management technologies, here the chore is to see and observe which tech can serve effectively to reduce the congestion predicting the driver’s behavior. Therefore, it is simply improbable to be of much comfort when you’re next in a traffic jam to know there is an excess of traffic monitoring and management tech, trying to analyse the accurate traffic overview and helping us on our way.

More recently, public authorities have begun to recognise the virtues – and the drawbacks – of smarter, non-intrusive technologies. For instance, automatic number plate recognition (ANPR) systems are using ever more sophisticated control systems and more sensitive imaging technologies, radar based systems suggest it is sometimes better without sight, and applications using wireless communications technologies, notably Bluetooth and Wi-Fi, are being developed. Like ways, one technology that is recently gaining much adhesion for measuring travel times along a predefined route is based on wireless – particularly Bluetooth, often in combination with Wi-Fi. 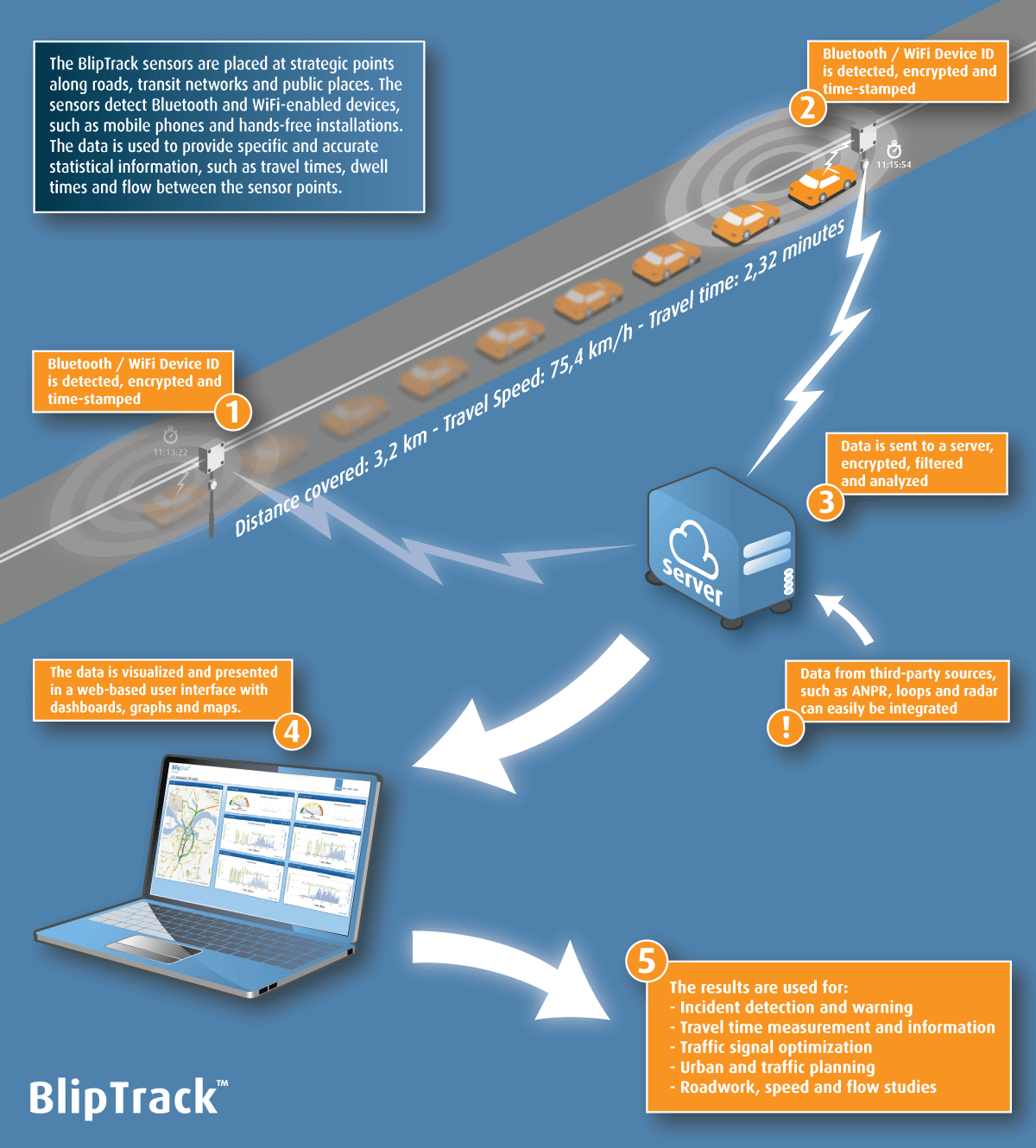 Near the popular marina in Malmö, the city is experiencing relatively large delays for bus and car traffic due to increased pedestrian and cycle flow. To help ease traffic, the city is installing new traffic signaling and wants to study the impact before, during and after installation. With the help of BLIP Systems´ Swedish partner Peek Traffic, the city has placed combined Bluetooth and Wi-Fi sensors to help measure the effects, fine-tune signaling, and plan ahead.

With traffic data collected from BlipTrack, as the solution is called, the municipality is able to evaluate the potential of the road network, fine-tune signaling and predict how planned roadwork will affect traffic flow. The city also wishes to inform road users of various traffic information, such as increased travel times and alternative routes, at queue and at road works.

The city of Aarhus, Denmark has deployed 10 dynamic digital signs that are driven by motorist’s driving behavior and real-time data from their Bluetooth equipment, such as headsets and mobile phones. The signs provide instructions that include driving times and the fastest routes, which saves time and helps traffic flow smoothly.

In Aarhus, as in other large cities facing substantial challenges with traffic congestion, yet another means has been adopted to attempt to smooth the traffic flow and provide motorists with faster journeys. Ten dynamic signs, provided by ITS Teknik, featuring information such as driving times, alternative routes and weather conditions have been placed along the city’s busiest roads. The content of the signs is updated on an ongoing basis as the actual characteristics of the traffic flow change. The motorists themselves, by contemplating the routes and points in time when they drive them, contribute to improving the level of service and helping the traffic move faster.

Motorists provide traffic data The traffic data on the new information signs is based upon real-time inputs from 125 sensors that are placed on selected roads in Aarhus. These sensors detect motorists driving with a Bluetooth device, such as in hands-free systems and mobile phones. When a vehicle with an activated Bluetooth device passes the sensors, its anonymous ID, also called a MAC address, is recorded, encrypted and time-stamped. The data is then sent to a server where it is filtered and analyzed.

By combining the data collected by all sensors, an accurate picture about each road user, such as their travel times, dwell times and movement patterns are provided. The information of the monitoring system are used to inform and warn city traffic engineers about queues and delays, identify problem areas, evaluate and calibrate traffic signals, provide information on the capacity of existing roads, and detect changes in traffic patterns.

Airports, railways and ports The BlipTrack solution, as the solution is called, has been developed by BLIP Systems, a Danish-based company. In addition to measure traffic in Denmark, UK, Switzerland and New Zealand, the solution also measures and displays waiting times in airports, such as Copenhagen, Dublin, Brussels, Toronto and Cincinnati. BlipTrack is also employed in optimization efforts at railway stations in the Netherlands and the world’s busiest passenger port at Dover in England. 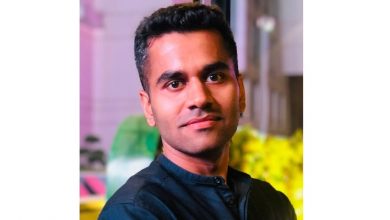 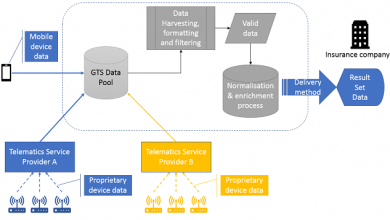 Dynamic Risk Rating – The seatbelts of the Motor Insurance industry 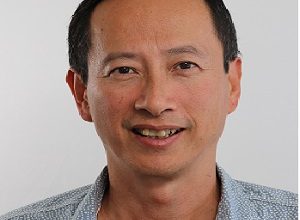