As a logical consequence of saturation, the two-digit growth of China’s car market as a whole has been slowing down reaching a peak in the recent corona crisis that has left a scare on vehicle manufacturers’ face. It was a new reality that kicked-in China’s automotive industry almost a decade ago where customers started to carefully compare cars and start to negotiate discounts. Along with that change came a new growing consciousness among Chinese consumers for domestic brands not only from a price but also from a design point of view that carved the way for Chinese vehicle manufactures to rise stronger against their foreign competitors. That rise has brought up a constant growing league of Chinese car brands that is not only hungry to conquer market share from international car brands at their home markets but to challenge them on the international stage too.

With the rise of technology from EV, to connectivity towards autonomous driving with all its associated technologies, on- and off-board components, embedded services and the wide range of required partners for cloud-, platform, mobile network, content and many others the opportunities of a technological advancing nation like China to challenge their established competitors in foreign markets is rising.

However, while market entrance barriers to the western countries are high and difficult to master for Chinese car brands, the expansion into countries with less strict market entrance barriers seems to be a realistic move. More than this, while the sales of globally established companies has become less attractive in various developing countries, Chinese brands are given a window to take over production facilities and conquer these markets with attractive prices and a solid stack of technology in their cars. In the recent history, not only SAIC purchased factories from foreign car OEMs in Thailand, but also Great Wall Motors acquired a vehicle manufacturing facility in India just at the dusk of the corona crisis to produce vehicles locally and avoid the high import tax for CKD cars.

The homologation and standards in foreign markets is a particular minefield when it comes to connected services that requires data security, data storage and data transfer not only for vehicle- but particularly for sensitive customer data. Meanwhile various countries from India to South America, China and Russia established along the role model of the European Union a similar version of what is known in Europe under the term of GDPR (General Data Protection Regulation). For many Chinese vehicle companies but also Chinese Tier 1 suppliers shipping components for the connected cars are facing the same challenge and often uncertainty when it comes to data regulations. Even if experienced suppliers provide guidance on what data can be stored, where and how long data can be kept until they must be deleted, there is no guarantee for car OEMs to avoid that hefty fines that companies like Google were facing in the European Union.

However, the global market does not only offer risks and obstacles to Chinese car OEMs, it offers a lot of opportunities and a chance to grow beyond China’s boarder. It gives Chinese OEMs a stage to show what they are capable in terms of new technology such as connected car features on the on- and offboard side of the car. One of the major differentiator of recent times, and one of the factors that drives a younger generation of consumers is the availability of customer friendly connected services, a good integration of smartphone along with useful services such as in-trunk delivery, over the air software updates / upgrades, voice controlled interior and remote services that can be operated from a cell phone anywhere anytime. Due to the early adopters of technology in the Chinese markets, the international OEMs have long identified China to try and test new in-car technologies before it hits the global market. However, tight competition, cost pressure and low profit margins in foreign markets forcing foreign car OEMs to limit their offerings of connected services in the volume segments, leaving customers with a rather low-level experience of connectivity and open the door to potential Chinese models with a rather differentiated Infotainment package for a low price. This particular move includes without limitation a huge potential to Chinese car OEMs and balancing the risk of entering the market with a less strong brand name and though become a successful player as we have seen from the ASEAN countries. Thailand, Indonesia, Philippines and particularly India with one of the most promising economies in terms of automotive growth world-wide are those markets that became the most recent hotspot for Chinese brands to expand into. The best example is South Asia, that has long been dominated by Japanese brands such as Toyota that offer in terms of connected services besides navigation is rather limited and by far not as innovative as those of rising Chinese brands such as Geely and SAIC. What is more, SAIC’s internet vehicle SUV Hector with services such as Over the air software updates, entertainment package and AI voice-controlled features found such a fast acceptance among customers, gaining fast market share and challenge the established brands.

Besides Chinese owned MG brand who already successfully selling the ZS EV in five different European countries lead by the UK, we have seen other attempts of Chinese car OEMs trying to enter the European or US market which were either withdrawn or restricted due to various economic and political circumstances. However, if well-established Chinese car brands such as Geely, BYD and JAC’s EV and others can use the advantage of their EV brands to break into the European market followed by other rising stars of the Chinese automotive industry offering a customer oriented portfolio of in-car connectivity and well-functioning autonomous driving assistant features that meet the needs of US and European customers, there is no doubt that the next three to five years will bring a new dawn of Chinese car OEMs challenging established car manufacturers at their home markets in Europe, the US and beyond.

Previous positions in the last 10 years: Chief Engineer with Great Wall Motors for connected vehicles, and different positions with VW Group and Audi China on IT and vehicle connectivity as well as AC Nielsen on data analytics. 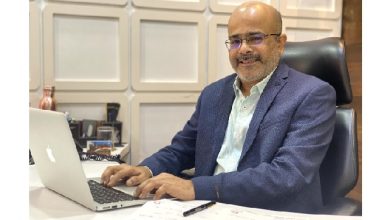 There is no quick money, if someone has made it, it’s an aberration 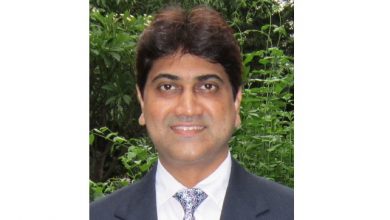 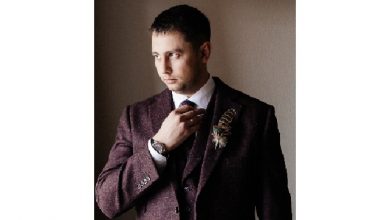 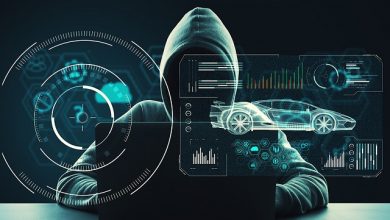 Why tracking Engine Control Module (ECM) with GPS-inspired technology can be a total game-changer?