Drivers no longer have to worry about passing a narrow street or facing a car ahead at a dead-end even when they are inexperienced.

With the MPS, the car is able to drive itself through a narrow street by avoiding obstructions, drive through the revolving gate of an underground parking lot, or drive backward at a dead-end where two cars are facing each other. All these are made possible at the press of a button.

One of the core technologies of this system is Narrow Space Assistance (NSA). The car needs only 16 inches of extra space on both sides to drive through a narrow street by itself.

Another core technology is Reverse Assistance (RA). It records the car’s travel route on a real-time basis and creates the reverse route by itself at the press of a button. The steering wheel and vehicle speed are controlled automatically.

Aside from the MPS, various other technologies for safety and convenience have been integrated into the system, thereby further enhancing the competitiveness of the driver assistance solution.

The Remote Smart Parking Assistance (RSPA) system is capable of parking a car at a right angle or in parallel by finding an empty space when the driver is out of the car and presses the remote. 3D Surround View Monitor (SVM) provides a better parking experience by showing the area 360 degrees around the car three-dimensionally. Rear-autonomous Emergency Braking (R-AEB) is also noticeable.

Hyundai Mobis is showing one automated urban driving technology after another and is resolved to lead the new future vehicle market represented by PBV. The company presented its M.Vision Pop, an exceptionally small urban mobility concept, in March, and has also succeeded in developing a foldable steering system and a 90-degree rotating e-corner module for shared autonomous vehicles last month. 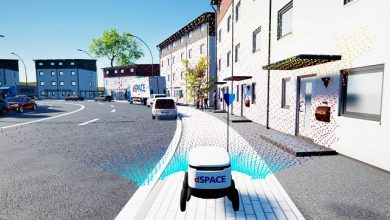