The successful implementation of a nationwide connected vehicle network will need to be, to a large degree, governed by a variety of stakeholders, especially as the deployment grows to include infrastructure owners and operators.

“This is not your father’s Oldsmobile” was an iconic advertising campaign from the 1980’s that attempted to demonstrate to a new generation of car buyers that new. Old mobiles were very different from those their parents drove. The same concept rings true even today. Cars built today are very different than those built as recently as 10-years ago and the cars that we buy 10-years from now will be vastly different from those we can buy today.

One of the core differences is that today’s vehicles are connected in many ways to the world around us, and it is safe to say that this“connectivity” will only continue to grow in the years ahead. Because connected cars need to work seamlessly with all other equipped cars and infrastructure, produced by multiple manufacturers, and because those cars need to work not only nationally, but across North America, much of the work that has laid the foundation for connected cars can serve as a model for implementation of many Internet of Things (IoT) concepts that have similar issues.

In fact, one of the hottest topics at recent technology showcase events like the Consumer Electronics Show is the Connected Car. Vehicle connectivity has long been limited to basic vehicle diagnostics, calls to emergency responders in the event of an incident (e.g. GM’s OnStar) or improved entertainment through satellite radio (SiriusXM), and many of those services were either only available in higher end vehicles or through subscription services. During the past couple of years, vehicle connectivity has expanded dramatically to the point where it is an expected feature on every make and model. This has become the latest battlefield for differentiation of services by the automakers. In the coming years, vehicle connectivity will become more prevalent and this will not only bring more infotainment services to the consumer, but it will also begin to have a profound impact on how we drive our vehicles.

In August of 2014, the National Highway Traffic Safety Administration (NHTSA) released an Advance Notice of Proposed Rulemaking (ANPRM) for Federal Vehicle Motor Safety Standard (FMVSS) 150 for Vehicle to Vehicle (V2V) interactions, and the Federal Highway Administration (FHWA) is working on companion guidance for Vehicle to Infrastructure (V2I) interactions. The proposed NHTSA rule would mandate vehicle connectivity that will require vehicles to talk with one another, opening up a host of safety applications while the FHWA guidance and subsequent deployment will expand on those safety applications and add a host ofmobility applications. As a result,FMVSS 150 will turn our cars and trucks into “Things” in the IoT lexicon.

As the planning, development and testing of the type of vehicle connectivity envisioned by FMVSS 150 continues, the automobile industry is faced with many of the same challenges as the IoT community.   A vehicle relying on connectivity for safety has the potential to yield a catastrophic outcome in the event of failure. As a result, the use of standards, application of security and the establishment of trust,along with the requirement for industry-wide governance across the industry are essential for the successful deployment of connected vehicles, which can serve as a model for the broader IoT community.

In the IoT world, standards and their interpretation can be used to the advantage of the individual manufacturer or designer. As a result, a system of connected devices can be developed that only integrate with certain products (hardware or software) that all meet the agreed upon standards but differ in their interpretation, resulting in a non-standard deployment. Connected Vehicles in the V2V domain need to be designed and implemented in such a way that every vehicle outfitted with the technology can communicate with every other equipped vehicle on the road as well as with infrastructure components that are designed to support V2I applications.

These vehicles and systems must work together regardless of manufacturer and location.Since vehicles can easily cross borders – from the United States into Canada and Mexico – the standards must be coordinated and implemented with the same interpretation across international borders. As a result of these V2V and V2I development and coordinating requirements and activities, the automotive industry can serve as a model for other IoT deployments that require a consistent interpretation and application of standards across an entire industry or domain.

Once standards are agreed upon, a national connected vehicle deployment, as envisioned by NHTSA and the US automakers, requires a security system that not only ensures a level of privacy and anonymity, but also enables trust between all participants in the system. Over the past year, a lot of emphasis has been placed on vehicle security and although the context is different in vehicle connectivity, the concept is the same – automobiles have the potential to be hacked or spoofed. In the V2V and V2I realm specifically, messages broadcast incorrectly or from a non-trusted source have the potential to result in an automobile crash. In the V2V ANPRM issued by NHTSA, a large portion of the proposed rule focused on a security system that ensures anonymity.

For a V2V system to function effectively, every vehicle must broadcast certain basic information about its current status – speed, direction of travel, location, etc. – and the vehicles around it must be able to trust that the information being broadcast is both accurate and coming from a legitimate source. For this to happen, the proposed Security Credential Management System (SCMS) requires that each message is signed to alert the receiving vehicle that the message is coming from a trusted source. Additionally, the security system design changes the vehicle identityat regular intervals so that it cannot be tracked, which ensures anonymity over the long term. Finally, the back end security system is being designed to withstand potential malicious attacks from internal and external sources. The wealth of new products and services being envisioned and implemented in the connected vehicle environment have resulted in the development of a new security standard and system, and while this system may not be appropriate for other IoT verticals, the concept of developing security requirements from the ground up, especially as the complexity of the vertical grows, should be evaluated.

The successful implementation of a nationwide connected vehicle network will need to be, to a large degree, governed by a variety of stakeholders, especially as the deployment grows to include infrastructure owners and operators. Vehicle connectivity will require systems be in place for 20 to 50 years (or more) and will require significant backwards compatibility. Over that time period, there will be changes to the standards, security system, technology and many societal views, such as privacy, that govern the design. The industry stakeholders will need to work together to determine waysto implement these changes, a timeline, as well as a plan on how to manage the impact of the changes. These stakeholders will need to include the auto industry, state, local and federal governments, standards bodies and technology providers and developers. Many of these policy and governance issues that the auto industry are facing are the result of lessons learned in both the development and operations of the internet industry over the past 30+ years as well as early IoT deployments and, as they are addressed, can serve as models for the design and deployment of future IoT programs and implementations.

Ten years ago, companies within the auto industry were not viewed as technology leaders. Today, as a result of technology advances in the auto industry, and thanks to connected vehicles, the auto industry is rapidly becoming a model to emulate for the rest of the IoT world. Many of the design and planning challenges faced in the national roll out of connected vehicles (both V2V and V2I) are also currently experienced by the IoT industry as a whole. The auto industry, as a result of FMVSS 150, however, is pushed to address the issues of standards, security, governance and others to ensure an interoperable national system. The IoT industry would be well served to closely follow the process of the V2V and V2I program at the Federal level as well as within the automotive industry.

Greg is managing the Connected Vehicle program at Leidos, integrating current programs, program objectives and future research needs of the Connected Vehicle program with US DOT, state and local agencies and other governmental agencies with a focus on deployment. Over the past 12+ years,he’s been working with both the public and private sector to push the adoption of connected vehicle technologies and concepts in the vehicle and along the roadside

Capgemini: "Connected" vehicle as a node on the network 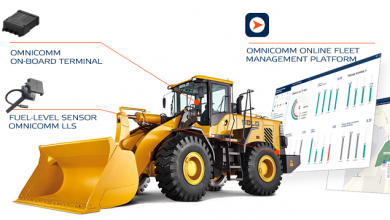 Embracing the Future of Connected Vehicles in India