Mercedes-Benz Trucks is taking another important step in the digitization of its vehicles. In practical tests, Mercedes-Benz Actros trucks have for the first time paid automatically for fuel at Shell service stations in Stuttgart, Germany. The experts at Mercedes-Benz Trucks and Shell installed a new prototype of Mercedes-Benz Trucks’ previously presented digital Truck-ID to the truck dashboard combined with a digital fuel card prototype enabled by Shell SmartPay API technology. The Truck-ID works like an integrated ID card, so the transactions are uniquely assigned to the vehicle and automatically signed by the vehicle itself. Shell SmartPay API functions as a data transmitter – API stands for Application Programming Interface – and allows for the digitalization of fuel cards and payments for fuel on Shell sites through truck board computer systems. The Mercedes-Benz Actros trucks used in the tests are regular series-production vehicles whose software has been supplemented to include the payment service authorization functions.

To achieve this, Mercedes-Benz Trucks also connected its existing prototype of its Truck Wallet, which is a platform technology and central user program for all applications which can access the Truck-ID for various purposes, with the digital fuel card. The experts at Mercedes-Benz Trucks and Shell have collaborated to develop a digitalized fuel card solution accessible from the Truck Wallet. As part of the tests, this digital fuel card accessed the functionality of the Truck-ID via the Truck Wallet and authenticated and authorized the truck to the central filling-station system during the online payment process. Once the vehicle had securely identified itself towards Shell’s system with its Truck-ID, the transaction was authorized by Shell SmartPay API. The essential part of the security checks was the matching of the GPS location of the truck and the fueling station. Only if both were successfully matched, the pump was activated.

Transport companies have so far given physical fuel cards to their drivers as payment cards at certain filling stations, allowing fuel to be paid directly from the company’s account. A truck’s in-built digital fuel card could make working life easier for drivers in several ways. For example, by eliminating the need to go to the cash register. Transport companies could benefit from a significant reduction in administrative work as they wouldn’t have to handle physical cards anymore and from more secure processes. Also, the digital fuel card would make widespread fuel fraud more difficult. According to estimates by experts, the annual loss caused by this type of fuel fraud involving heavy-duty trucks in Europe can run into the millions for the transport industry.

Dr. Helge Königs, Head of the Truck-ID & Truck Wallet Project at Daimler Trucks: “We are very pleased that we have entered a new phase of our Truck-ID and Truck Wallet project with the latest tests. Our very first pilot tests in 2019 took place under a sort of laboratory conditions. Now we have demonstrated in real life that trucks can electronically interact with the filling-station system directly on site and can carry out the authorization of payment processes by signing fuel data using its digital signatures.”

“By integrating Shell SmartPay API, we have jointly developed a digital fuel card which is an excellent electronic alternative that has proven to be extremely practical and advantageous. After completing further tests, we will concentrate on transferring the technology to series production. Our goal is to establish the Truck Wallet including the Truck-ID as the basis for a wide range of a digital services portfolio in machine-to-machine interactions,” added Königs.

Rainer Klöpfer, Managing Director euroShell Deutschland GmbH & Co. KG, said: “Shell is a pioneer in the development of digital mobility solutions. Our partnership with Mercedes-Benz Trucks to create a more efficient, convenient and secure in-truck payment authorization solution powered by Shell SmartPay API and Mercedes-Benz Truck’s Truck-ID for customers is a perfect example of this.”

“We look forward to our continued partnership with Mercedes-Benz Trucks in further exploring the development and integration of this innovative solution into our wider Shell Fleet Solutions offering as part of a fully connected eco-system for our customers.”

In practice, the idea behind Shell’s and Mercedes-Benz Truck’s approach could mean that at the transport company’s headquarters, a fleet manager allocates a digital fuel card to the truck with the help of the Truck Wallet’s user interface. By placing the fuel card in the vehicle’s Truck Wallet, the manager links the vehicle’s Truck-ID with the digital fuel card. This process takes place online, so the fleet manager always has access to the Truck Wallet of every truck. The linked navigation app informs the truck driver as soon as refueling is needed and indicates the nearest possible filling station of Shell. When the driver has confirmed the selected filling station in the system and arrived at the station, the app asks for the number of the fuel pump he has selected. 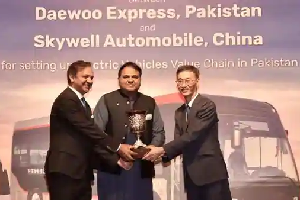 Pakistan deal with China, to launch electric vehicles and buses this year 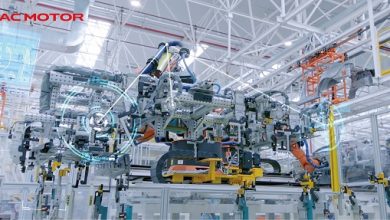 GAC and Huawei will work together to develop a Smart SUV 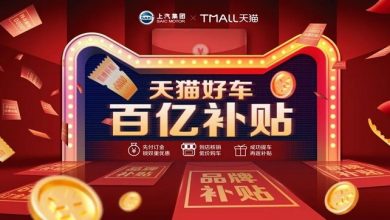 SAIC Motor, Alibaba to team up on new retail business 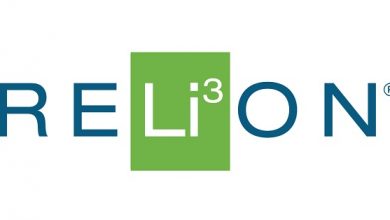