QuantumScape Corporation announced that it has entered into an agreement with Volkswagen Group of America, Inc. to select the location of their joint-venture solid-state battery pilot-line facility by the end of 2021. The companies currently contemplate Salzgitter, Germany for the location.

The pilot-line facility, QS-1, will initially be a 1-gigawatt hour (GWh) battery cell commercial production plant for electric vehicle batteries. QuantumScape and Volkswagen intend to expand production capacity by a further 20 GWh at the same location.

“Our goal has been to bring our solid-state lithium-metal batteries to market as soon as possible,” said Jagdeep Singh, CEO and co-founder of QuantumScape. “This joint venture brings together QuantumScape’s core battery technology with Volkswagen’s deep understanding of high-volume, high-quality production, and maximizes our ability to bring this technology into industrial production.”

QS-1 will follow QS-0, QuantumScape’s planned pre-pilot line. In its Q1 Shareholder Letter, QuantumScape highlighted progress on that front as well, securing a facility in San Jose to house the QS-0 line. To fulfill the strong inbound interest in its technology, the company also recently announced it was doubling the initial QS-0 capacity to over 200,000 cells annually, enough for hundreds of test vehicles each year.

In March, QuantumScape announced an additional $100 million in funding from Volkswagen after Volkswagen confirmed through tests at its labs in Germany that QuantumScape cells met the established technical milestone. 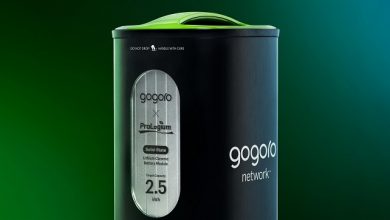