TEMSA delivers its first electric bus, the MD9 electriCITY to Sweden, drawing considerable interest from around the world. Developed by TEMSA’s engineers and manufactured in the company’s Adana plant, the 6 MD9 electriCITY buses will be operated in Öckerö Island and surrounding areas, as part of the island’s aim to zero their carbon footprint by 2030.

The 6 MD9 electriCITY buses are expected to arrive in Öckerö region near Göteburg in the upcoming days and hit the roads soon. Sold to Connect Bus, one of the most prestigious local operators of the region with a total fleet of 1,000-vehicles, these buses will be operated for the public transportation services in the Öckerö Municipality.

A Milestone for the Turkish Industry

Industry SBU President of Sabancı Holding and Chairman of the Board of Directors of TEMSA, Mr. Cevdet Alemdar, who announced the commencement of new processes within TEMSA after a recently completed share transfer, said: “We are entering a period during which TEMSA will have a much stronger structure in the global market with the partnership of Sabancı Holding and PPF Group. This export move is the first step of a new success story for TEMSA, which has been providing service to the Turkish industry for more than 50 years.

“Seeing TEMSA-branded electric vehicles, as a product of Turkish engineering, on the roads of Sweden will be a source of great pride and pleasure for us. This export is a very important step, a milestone not only for TEMSA, but also for our country’s economy and for the Turkish industry. As we all know, Sweden is one of the leading advocates for minimizing carbon emissions worldwide and has extensive knowledge about electric vehicles. It is really important for us to be delivering our first electric bus export to Sweden.”

Electric Buses are the future of Public Transportation

TEMSA’s CEO Tolga Kaan Doğancıoğlu explained that TEMSA is one of the few manufacturers worldwide offering a wide product range to customers including the MD9 electriCITY, Avenue Electron and Avenue EV model vehicles, which are ready for serial production. He added: “The future of public transportation is taking shape with electric vehicles at its core. We, in turn, are maintaining our R&D studies to ensure we are among the game-changer companies of the industry. We will achieve greater success internationally through the strength and motivation brought by our new organizational structure. We have taken the first step of this era by delivering 6 MD9 electriCITY to Sweden.”

TEMSA’s CEO Tolga Kaan Doğancıoğlu added that the members and officials of Connect Bus’ Board of Directors have recently visited Adana plant and received detailed information about the vehicles onsite, and continued: “Here, they had a chance to witness our vision and passion for electric vehicles. I hope this delivery will be the first step of a long term collaboration and will increase the volume of our exports in the upcoming days. Other operators in the region have a demand for our electric vehicles, as well. We have ongoing negotiations with them. After our buses hit the roads in the region, they will have the opportunity to get to know these vehicles closely.”

It consists of 10 different Islands

Öckerö region, where MD9 electriCITY buses of TEMSA will be operated, is situated near Göteburg, one of the largest cities in Sweden.

The government of Sweden, as one of the few countries that have fought against carbon emission, has in recent years passed the law to be carbon neutral by 2045. Within this context, public transportation via electric vehicles is one of the most important endeavour in the country.

It will Zero Its Carbon Emission by 2030

Öckerö Municipality has taken the Swedish Government’s target a step further. The municipality aims to become a green centre with zero carbon emission by 2030. The local municipality has already started an initiative replacing all vehicles intended for public transportation with electric vehicles.

Being part of that program, MD 9 electriCITY, offers a capacity of 59 passengers; designed, developed and manufactured by TEMSA. It provides the opportunity of quick passenger drop-off and pick-up with its two-door structure. It has a 400 km range provided by a 230 kWh Li-ion battery that has charge time of 5 hours. 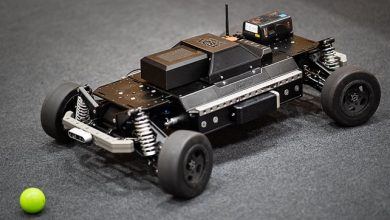 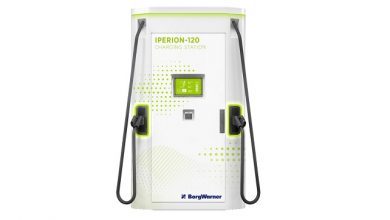 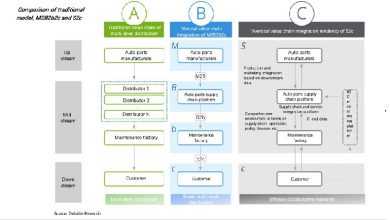 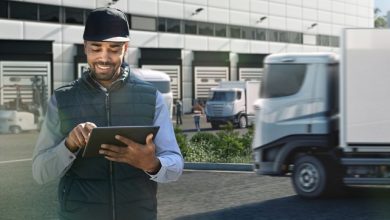 Bosch and AWS enter into collaboration to digitalize logistics