Tailor Insight, the fintech market research organization, recently released a research report “While Apple Negotiating Autonomous Driving Technology with Several Lidar Suppliers, WIMI Hologram Cloud Plans to Develop New Products to Broaden the Vehicle Market.” According to Bloomberg News, Apple is in active dialogue with a good number of LiDAR sensor suppliers to realize a key technology in the development of its self-driving Apple Car. LiDAR sensors allow the car’s computer to “see” its surroundings.

Bloomberg said that Apple has been committed to driverless car projects for many years and has developed most of the necessary software, underlying processors, and artificial intelligence algorithms for this complex system. What Apple is looking for is the hardware equipment that matches with it.

According to reports, ongoing discussions indicate that Apple has not yet determined the preferred supplier of LiDAR, and in the development process, Apple may consider multiple options, including highly customized sensors.

Sources told Bloomberg that self-driving car technology based on LiDAR sensors will reach a usable state in four to five years. This once again shows the release schedule of Apple’s planned autonomous driving technology, though an Apple spokesperson declined to comment on this news.

Under the 5G+AI trend, we believe that the future will be an interconnected world. Lidar, as the “eye of machines and equipment,” will adapt to the trend that requirements of 3D perception and interaction are greatly increased, and usher in rapid growth opportunities.

Among them, in the field of autonomous driving, we believe that the vehicle-mounted lidar will become the core of the perception layer and one of the most growing tracks in the autonomous driving field. We expect the in-vehicle lidar market to reach $12.7 billion in 2030, with a CAGR of 55% by 2019-2030.

At the same time, autonomous driving, as a major application of lidar, will also promote the rapid maturity of the lidar industry chain and further help lidar with its application fields, such as robotics, unmanned distribution, surveying and mapping, drones, security, industry, agriculture, and smart cities. It is estimated that the overall global lidar market size is expected to reach $24 billion in 2030, and the CAGR will reach 28% from 2019 to 2030.

“Lidar” has been accumulated in several industries for many years. In recent years, consumer-grade lidar products have entered the period of fast development and have been implemented in scenarios such as autonomous driving, unmanned distribution, and smartphones. Looking forward to the future, with the iterative innovation of technology and the upgrading of downstream consumer demand, consumer-grade lidar products will develop towards lightweight, low-cost, and integrated development. Moreover, both their application scenarios and market size are promising.

Last year, the consumer-grade lidar of Apple’s iPhone 12 was introduced for the first time, which not only brought enhanced shooting capabilities to the mobile phone, but also more brought powerful 3D modeling and AR applications, which gave hope to the automotive lidar industry.

In 2021, with the further disclosure of Apple’s car-making news, the company has recently been revealed that it is negotiating with several automotive lidar suppliers as an external supporting hardware partner for autonomous vehicles.

Another piece of news has also attracted attention. In October last year, Apple’s patent for dToF (direct time of flight) non-scanning lidar technology was exposed. At the same time, it was revealed that Sony had signed a three-year contract with Apple for providing a new generation of near infrared ray (NIR) plus single photon avalanche diode (SPAD) module dToF lidar. Namely, Sony has also stepped into the field of lidar.

Car companies get together in 2021 to demonstrate lidar-related technologies. BMW plans to use a solid-state lidar system for its self-driving cars and put it into production in 2021. The technology will be provided by the Israeli company Innoviz (not listed) and car supplier Magna (MGA US). In addition, NIO US stated that it will release its first pure electric car at NIO DAY in Chengdu in 2021 and will also showcase NIO’s lidar technology. At the opening ceremony of the Guangzhou International Automobile Exhibition on November 20, 2020, XPEV US, the founder He Xiaopeng said that it will use lidar technology in the next-generation autonomous driving framework. It is believed that the acceleration of the introduction of lidar technology by car companies will give an important impetus to the maturity of the industry chain.

Last year, at the T10 ICV CTO Summit hosted by the China Association of Automobile Manufacturers, it is the first time that Huawei officially released automotive-grade high-performance lidar products and solutions for the industry. Before the Beijing Auto Show, Huawei had also exhibited lidar products, but the details were not announced at that time. Product features such as “automotive-grade” and “high-performance” are a gift that Huawei has brought to the industry.

As a representative of global AI visual holographic AR companies, as well as the company that Weibo has a strategic investment of more than 60 million dollars, the recent performance of WIMI Hologram Cloud is also eye-catching. The newly launched in-vehicle product “WIMI HoloAR HUD” provides safe driving services and value-added services for car owners. Recently, China Mobile and the media cloud platform holographic remote interaction won the bid, and as a technology provider of 5G holographic communication, it was once again selected by operators. In the field of lidar, it seems to be catching up with it.

This year the major technology giants have seized this time one after another. In the past, lidar products pursued extreme performance and served the needs of L4 autonomous driving. However, with the upward iteration of smart cars, the strong sensing capability of lidar has become a trend that smart cars just need.

The advent of the first year of the 5G era means that the transmission bandwidth of wireless networks will be larger, the rate will be greatly improved, the interaction and data sharing between various smart devices will be more frequent, and the resolution of videos will be greatly improved. For AI 3D sensing companies, it is necessary to comprehensively improve the imaging quality of the camera, the performance of the photosensitive element, and the encoding of video images. Meanwhile, it needs to enhance the capture accuracy and speed of sensing devices such as 3D cameras, and also have faster wireless data transmission and data backup capabilities to give terminal devices more powerful artificial intelligence perception capabilities.

Lidar is currently the most valuable vehicle-mounted environmental monitoring sensor. Current environmental monitoring sensors mainly include vehicle-mounted cameras, ultrasonic radar, millimeter-wave radar, and lidar. Due to various factors such as structural design, device cost, yield and consistency, R&D investment, vehicle specifications, and mass production, the current value of Lidar bicycles is still much higher than other sensor components. Lidar is a key technology for high-level unmanned driving, and the current industry is on the eve of large-scale commercial use. In the medium and long term, the debate on the choice of technology path may always exist. We believe that mechanical, MEMS, OPA, Flash, and FMCW solutions may coexist for a period. However, compared to the technological path, it is believed that commercialization is more important, and continuous product and technology iterations based on meeting market demand may become the key to the breakthrough of lidar companies. In terms of commercialization, we believe that the mass production of automotive-grade products is an important sign of commercialization. We suggest that we actively pay attention to companies that have close cooperation between technology companies and car companies and have first-mover advantages in R&D progress in mass production of automotive-grade products. 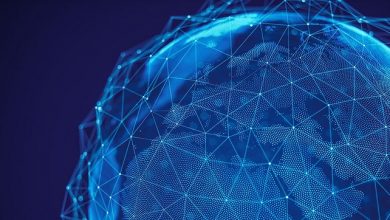 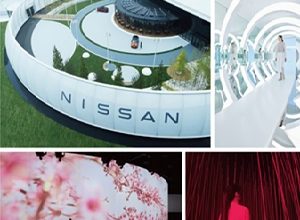 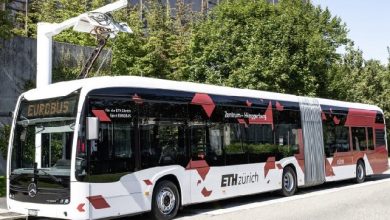