Canberra streets would be designated for trials of self-driving cars as part of a new plan being proposed by the opposition. A trial demonstration of Volvo’s driverless cars in South Australia in November had raised public awareness of the emerging technology, creating an opportunity for Canberra to take it to the next level. 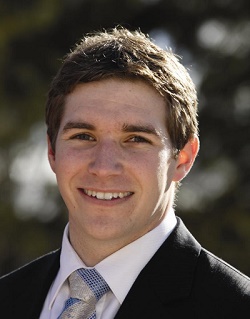 Mr Coe believes Canberra’s dispersed population and reputation for science and technology development makes the city an ideal place to test autonomous vehicles and said the research and development funding could benefit the economy. The plan comes after the ACT government met representatives of Tesla Motors in the US in 2015, urging the company to establish a research presence in Canberra for their electric cars and battery power technology.

The plan could help see Canberra develop as an “autonomous vehicle hub”.

“The opposition firmly believes that autonomous vehicles will play an important role in the transportation of Canberrans in the future and there’s a real opportunity for us as a jurisdiction to be a leader in the space,” Mr Coe said.

The government minister responsible for road transport would have the power to declare certain roads available for approved testing, ending current restrictions on the use of the cars because of roadworthy requirements.

The approval would require a notifiable instrument in the Legislative Assembly and conditions, including that operators of autonomous vehicles holds current licences, that the operator is in the driver’s seat, the vehicle has a mechanism to engage and disengage during driving and that the car can be turned to manual if a failure of the autonomous system or other emergency takes place.

Cars involved in trials must store sensor data, including the use of brake, accelerator and steering wheel at certain times. It comes as leading auto manufacturers and technology companies develop self-driving vehicles, including Google, Uber, General Motors, Ford, Mercedes-Benz and Tesla.

“There’s no doubt that Canberra’s dispersed population makes it very difficult for traditional public transport and that’s why we’ve always had a very high level of dependency on private vehicles,” Mr Coe said.

“We see real potential for Canberrans to use autonomous vehicles to get from point A to point B and not to have to depend on scheduled or route services as has been typical for public transport in the past.”

Mr Coe called on organisations, companies, academics and members of the community to give feedback on the exposure draft, before a bill is presented to the Assembly later in the year. He accused the government of being too preoccupied with the debate around the light rail line to Gungahlin, missing the potential for autonomous vehicle development in the ACT.

How Fleet Management Will Transform the Future of the Transport Industry