Germany: DTS® a wholly-owned subsidiary of Xperi Holding Corporation, which is into audio, imaging and sensing technology and Südwestrundfunk (SWR), announced the integration of ARD-Eventhub metadata distribution platform with DTS AutoStage™. SWR is one of the largest media groups in Germany and the second-largest broadcasting corporation in the ARD, the “Association of Public Broadcasting Corporations in the Federal Republic of Germany.”

The integration means that all broadcaster metadata, such as program information, station logos, album/artist imagery, etc., on the ARD platform for SWR stations will be accurately, consistently, and seamlessly represented in the DTS AutoStage ecosystem. This delivers a cutting-edge in-vehicle entertainment experience to German owners of vehicles supporting DTS AutoStage platform, such as the latest Mercedes-Benz S-Class.

“SWR’s reputation as one of the most innovative broadcasters in the world makes this partnership especially meaningful as DTS AutoStage continues its focus on delivering the dashboard of the future to vehicles in Germany – and to the rest of the world,” said Joe D’Angelo, Xperi senior vice president, business development, broadcast. “This partnership is designed to provide Germany’s car owners with a visually-rich and immersive in-vehicle listening experience, while creating new opportunities to broadcasters for rapid innovation and much easier content management to ensure security, reliability, and editorial control.”

The DTS AutoStage platform, which has been purpose built to support radio broadcasters around the world, is open and available to all broadcasters at no cost. Participation in the platform ensures that all broadcaster metadata is protected and is compliant with local privacy and copyright obligations.

Through the integration, the broad portfolios of SWR’s radio station partners will be consistently represented in the DTS AutoStage in-vehicle infotainment ecosystem, which increases consumer content engagement with big beautiful artwork, comprehensive artist and album information and imagery, songs, playlists, and more, all while enhancing discovery and personalization of broadcasters’ content.

DTS AutoStage also enables continued station listening from local broadcast stations via streams provided by SWR when the vehicle drives out of broadcast range. Importantly, all SWR stations will be able to easily integrate into the platform and manage their services, station information, and streams in one place.

“DTS AutoStage’s global platform truly revolutionizes the in-car listening experience and we are pleased to enable our radio station partners to benefit from the economies of scale and service simplification it offers,” said Christian Hufnagel, Co-Founder SWR Audio Lab. “SWR takes great pride in our programming and DTS’s deep commitment to broadcast radio’s pre-eminence in the dashboard, and the stunning infotainment experience it enables, is truly a game-changer for the in-vehicle listening experience in Germany.”

A recent survey of car owners confirmed that having entertainment/information available in their vehicle’s dashboard is more important than ever today, versus pre-COVID, and it confirmed radio’s pre-eminence in the dashboard, with 91 percent of car owners saying that it is important to have radio in their dash.1

Xperi’s automotive technologies are designed to improve the in-vehicle experience and, in addition to DTS AutoStage, include DTS AutoSense and HD Radio. DTS AutoSense comprises occupancy and driver monitoring systems implemented at the edge. HD Radio, now available in more than 75 million automobiles, is the most successfully deployed commercial digital radio system worldwide. 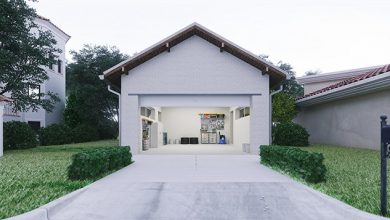 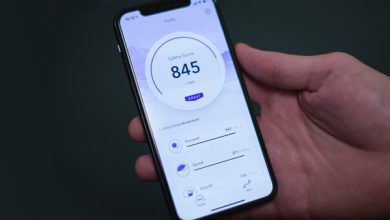