In reality, India and the larger world are still struggling to accelerate electric mobility on the ground. So for most folks, it might seem a bit premature to talk about electric mobility in the air. The challenges are daunting and we will take a look at that. Before that it would be interesting to take a look at why this presents a major opportunity, especially for a country like India.

In the communication revolution, India and large parts of the developing world completely skipped landline telephones and went straight to mobile phones. The same way, electric airplanes/ drones offer an opportunity to skip the extensive road infrastructure building stage and offer connectivity to remote parts via air connectivity. Many villages will never see a landline telephone, and if the electric mobility takes to skies fast enough, it’s possible that they may not see a road.

Global aviation industry is responsible for about 2% of the total carbon emissions and about 12% of the transport related carbon emissions. So any serious effort of decarbonization of transport cannot ignore this sector. However the pollution happening is way up in the sky and the effect of air traffic pollution as such on health is not clearly understood. As worldover governments start tightening regulations on emissions, airline industry will be a sitting duck very soon.

Cost of fuel as a percentage of operating costs for airline is about 10 to 20%. It’s not cost so much but the variability of costs is what kills the airline’s margins. In 2014, the cost of crude oil was 140 USD per gallon. In 2020 in corona ravaged world, it is below USD 50 for the most part. However there are predictions that this downturn is killing a lot of low margin players and as a consequence there will be sharp price rise in crude oil prices in near future. Airlines do use mitigation strategies like hedging of fuel contracts. But it has limitations. On top of hurricanes, global unrests, competition, the last things airlines want is to deal with another highly fluctuating variable.

These business factors, regulations and costs, aside. Going electric offers several major design advantages to airplane designers. Any vehicle, when the power train is switched from combustion engine to gasoline, the freedom to choose form factors increases tremendously. You can locate the battery anywhere and the motor anywhere. All it matters is a thin wire connection between the two. This is unlike the jet engine, where the fuselage must be very close to the engines.

Batteries can be constructed in airplane seats if someone decides to push the design limits. Motors are far more silent than airplane engines, so they can be placed somewhat closer to the cabin. Currently many airports all over the world restrict times of larger airplane operations to daytime only to restrict noise at night. But with silent motor operated electric airplanes, more flexibility in schedules can be allowed.

Not to forget the increased safety aspects of such a ride. Most of the casualties in airplane accidents happen because of fuel catching fire. True that the batteries are also capable of catching fire in some cases. However the risk of battery fire is far less and far more controllable than fuel fire.

So why  are we not flying in an electric airplane?

One main constraint is of course the battery. Current energy density of best in the class Li Ion battery is in the range of 250 wh/kg. Aircraft grade gasoline has almost 100 times the energy density of that. Purely incremental developments in battery technology will not be able to catch up. We need a breakthrough. Right now new versions of Lithium batteries like Lithium sulphur ( energy density 2500 wh/kg) and Lithium air (energy density 11000 wh/kg) are in development stage. Considering efficiency of energy conversion is far higher in electric motors (often upwards of 90%), compared to gasoline (in the ballpark of 30%), a battery with only 1/3rd of energy density is of gasoline can perform as good as gasoline in taking the plane to it’s destination.

Energy density is only part of the story. Another factor is power density. Imagine two bottles of 1 liter capacity. One has a large opening and another has a small opening. When you are considering the bottles for pouring application, not only the storage capacity matters, but it also matters how fast a bottle can pour water. The bottle with larger opening will pour faster and is more desirable. Similarly the battery which can “pour” energy faster is considered to have higher power density. Current electric batteries have some catch up to do in this aspect as well.

In spite of these challenges, progress is impressive. Several electric airplanes are actually flying in the sky right now. Pioneer in this was perhaps the solar impulse airplane that flew around the world a decade back. As of now, a few small electric airplanes are available commercially. These are mostly being used for training purposes. Training using these airplanes reduces the cost of training considerably.

In the middle of 2020, Helios Electro became the first certified electric aircraft. Nasa has already successfully demonstrated the X57 prototype which has 14 motors. A large number of motors is a new paradigm in airplane design. Much finer control of thrust will be possible with a high number of motors, improving efficiency, reliability and maneuverability of the aircraft.

Almost 200 electric airplane development programs are in progress all over the world. These include private companies, governments. defence entities, and research institutions. Some of them are at a very advanced stage and we are looking at 2022 as the year when multiple electric planes will take it to the skies.

At eBikeGo, we are constantly scanning the horizon for opportunities. It seems to us that going from road to air is literally the same as going from 2d to 3d. Will open a lot of opportunities at every front. This switch will indeed affect all aspects of mobility. Personal mobility, goods mobility, e-commerce mobility. While on road mobility will always remain the dominant mode, some aspects of mobility, such as medical transportation will see much larger disruption. Air ambulance, if cheap enough, will become ubiquitous.

Switch to electric is a large trend in transportation that is supposed to benefit all modes of transportation. Any advancement in battery, any advancement in power electronics, any fall in prices of renewable energy thereby reducing cost of electricity will help spread electric mobility on all fronts. The electric mobility in air, as it has been the case with every electric projection, might happen closer than you think.

Kedar Soman is Cofounder, CTO of eBikeGo, an intelligent shared mobility company. At eBikeGo, he is working on realizing the collective vision of his team to provide intelligent, economical, environmentally friendly last mile delivery service to the eCommerce sector.

He has Masters in Mechanical Engineering from University of Cincinnati, USA and more than two decades of experience in design, simulation, manufacturing technology and has worked in three countries India, USA and Japan. His strongest passion remains sustainable technology. He has done consulting, mentoring to startups in this area. 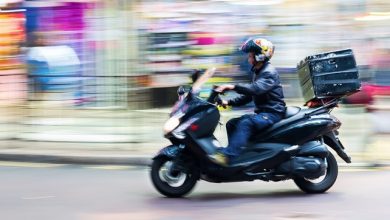 How IoT is Helping EV Business 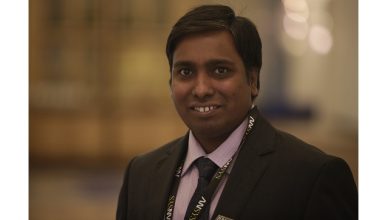 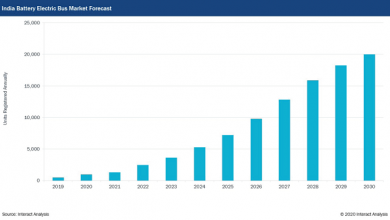 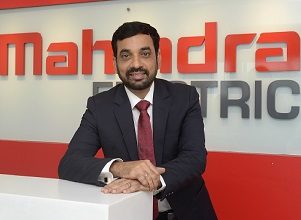