Sweden’s second largest city was early when it came to electrifying its city buses. It started testing plug-in hybrids in 2011, and in 2015, Gothenburg became a testing ground for Volvo Buses‘ first all-electric vehicles as part of ElectriCity, a collaborative project that generated a lot of interest. Those experiences have been of great importance.

“Electrification requires new thinking, a lot of commitment, and a common vision. Knowing that passengers, drivers, and the city have been satisfied with the electric buses has given those involved the courage to dare to invest,” says Hanna Björk, Sustainability Manager at Västtrafik, who is responsible for the region’s public transport.

With 145 new Volvo 7900 Electric Articulated buses, the region will have approximately 210 electric buses by the turn of the year, making it the largest fleet of electric buses in the Nordics. The investment is an important step in achieving the region’s climate goal: decreasing carbon dioxide emissions from public transport by 90 percent by 2035.

“To succeed, we cannot wait. We have reviewed all transport agreements and have ensured that each new procurement is in line with our environmental and climate plan. It is a tough target and transport companies must act on it and find creative solutions,” says Hanna Björk.

We have reviewed all transport agreements and have ensured that each new procurement is in line with our environmental and climate plan.

For public transport operator Transdev, the shift means a big change – overnight, around half of its bus fleet in Gothenburg will become electric. Transdev has overall responsibility for everything being in place before operations commence. This includes choosing the right technology, training employees, finding and adapting bus depots, and ensuring the availability of charging infrastructure and the right electricity capacity. Transdev has extensive experience with large-scale projects and has several electric bus fleets in Sweden, the Netherlands and France.

The buses, which will operate on a total of 34 routes in and around Gothenburg, will be charged via cable in the depot overnight and at charging stations on route.

In order to decide on an optimal charging infrastructure, Transdev has made careful calculations and analyses of all routes in close collaboration with Volvo Buses and the suppliers of the charging technology.

“What made us choose Volvo Buses is that they presented a robust, complete system together with ABB, where they take responsibility for both the function and the interface between the chargers and the buses. We have a long working relationship with Volvo Buses, and since 2018, we have been running two electric articulated buses from Volvo on line 16 in Gothenburg. They are a responsive partner who have adapted to us and our needs,” says Johnny Struwe, Fleet Manager at Transdev Sweden.

ABB is the supplier of the 19 charging stations that have been installed at 13 locations. It is a complete solution that includes both 450 kW chargers and all the necessary equipment for the mains connection. The charging stations are ABB Ability™-connected, which makes it possible to remotely monitor them and configure charging points, and proactively maintain the equipment.

Frida Jalkenäs is one of the project managers who worked with the implementation. “On such a large project, it is important to look at its entirety, have an understanding of each other’s challenges and to be flexible. We are very happy with the good cooperation with our partners to together create more sustainable public transport for the region,” she says.Volvo Buses has played an important role in western Sweden’s journey towards electrification, both as a supplier of the new technology and as a partner.

“The investment in Gothenburg is fantastic and it will make a big difference for the residents of the city. We are very pleased to be able to participate and contribute with our expertise. Our long experience of delivering electrified buses to cities around the world has given us both broad and deep knowledge that we are happy to share,” says Marie Carlsson, Director of City Mobility Business Development, Volvo Buses.

When the new buses start rolling out onto the streets of Gothenburg in December, it means that Volvo Buses will have the opportunity to follow one of Europe’s largest fleets of electric buses at very close range.

“We will be able to learn more about how they work in real life – what passengers, drivers, and the operator think. We want to be a partner who, together with the customer, secures the future of solutions and ensures that public transport is constantly improved, both from a sustainability and a safety perspective,” says Marie Carlsson.

The investment in Gothenburg is fantastic and it will make a big difference for the residents of the city.

To be able to make such a big shift to new technology requires close cooperation between several different actors, both private and public. The municipality’s electricity supplier Göteborg Energi has ensured that there is enough electricity for the buses. In addition to strengthening the capacity of the electricity grid, they have installed new cables underground and built transformer stations. In parallel, the City of Gothenburg has provided land for depots and rebuilt end stops to free up space for charging stations.

“One single entity cannot implement such an investment – close cooperation and a common belief that it is possible is very important. You must also dare to make decisions and do things even if you do not have all the answers,” says Alf Engqvist, CEO of Göteborg Energi.

“It has required a lot of collaboration to make it work. But we have all strived for the same goal – to create a more sustainable city – and we will soon be there,” says Emelie Setterberg, Traffic Engineer at Urban Transport Administration, City of Gothenburg.

The transition to electric buses means many benefits for both residents and the city. In addition to emission-free and quiet public transport, there are increased opportunities to allow Gothenburg to grow in places where it has not previously been possible to build due to noise and air pollution.

“For the world’s climate, what we do here is maybe not so important because we are so small. But by being a showcase for electrification that others can learn from and be inspired by, we can really make a difference on a larger scale. It feels fantastic to be part of that journey,” says Hanna Björk. 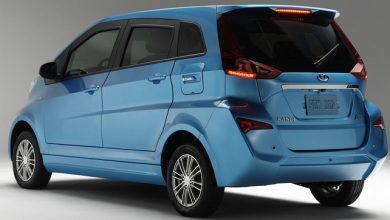 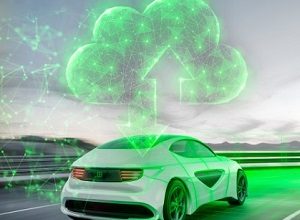 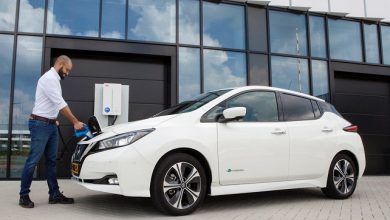 EVs to return power to grid with ABB intelligent charging 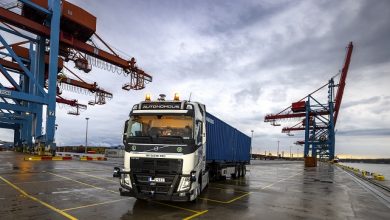 Full speed ahead on autonomous transport solutions for ports