In India, the electric vehicle ecosystem is currently in its growing stage. The central government is making consistent and committed efforts and has already formulated dedicated EV policies and introduced various demand and supply incentives as part of efforts to encourage the adoption of e-mobility in various market segments.

According to ResearchAndMarkets reports, India’s electric vehicle market size is expected to reach USD 152.21 billion by 2030. The market is expected to expand at a CAGR of 94.4% from 2021 to 2030. India is all set to become a major space in the global EV market as many EV startups have gone public and raised funds following the success of already established leading players in the market. Here we have covered some growing Indian Electric Vehicle companies:

Mahindra Electric Mobility Limited is an Indian company based in Bangalore. It is formerly known as Reva Electric car company. The company is involved in the design and manufacturing of compact electric vehicles. Mahindra & Mahindra (M&M), the parent company, acquired EV maker Reva to boost the development of electric vehicles. In November 2021, M&M has announced plans to launch 16 EVs by 2027 across SUV and light commercial vehicle categories.

List of electric vehicles offered by Mahindra electric are:

Tata Motors Chairman Natarajan Chandrasekaran has announced that Tata plans to introduce 10 new electric vehicles in India by 2025 and will also set up a pan-India charging infrastructure. The electric version of the Altroz ​​is expected to be launched in late 2021.

The range of vehicles offered by Tata Motors are:

Ashok Leyland is the second largest manufacturer of commercial vehicles in India, owned by Hinduja Group. It is an Indian multinational automotive manufacturer headquartered in Chennai.

Ashok Leyland launched its first electric bus circuit in 2016 and eventually the Circuit S at the 2018 Delhi Auto Expo. The company has partnered with Sun Mobility to enhance its expertise in electric vehicle domain and introduce battery swapping in electric buses to meet the needs of e-mobility in the country.

In July 2021, Ashok Leyland consolidated the group’s entire electric vehicles business into a new company called Switch Mobility. The company has announced the launch of an electric van in India by the end of December.

Hero Electric, a part of the Hero Group, is India’s first electric 2-wheeler manufacturer that strives to make the country green with zero pollution transportation through a wide range of two wheelers. These electric two-wheelers are manufactured at the Hero Manufacturing Facility in Ludhiana.

Recently, the company announced a partnership with Bengaluru-based EV charging startup Charzer to install 1 lakh charging stations across India over the next three years.

Ather Energy is an Indian EV company founded in 2013 by Tarun Mehta and Swapnil Jain. It offers two electric scooters – Ather 450X and Ather 450 Plus, designed to address various problems in the EV two-wheeler segment such as slow charging, low power motors as well as short battery life, among others.

The company is also offering Ather One plan that includes unlimited data services for the dashboard along with public and domestic charging, breakdown assistance and more. It has also set up an electric vehicle charging infrastructure called Ather Grid across the country.

Last week in October, the company announced the launch of its next generation of public fast charging infrastructure – Ather Grid 2.0. It will support OTA updates, allowing Ather Energy to roll out new features and bug fixes to all systems on the field. The company has also announced that Grid 2.0 has improved durability as it is designed to handle degradation, making it more suitable for installations exposed to extreme environmental conditions. Furthermore, The Ather Grid 2.0 will be connected 24*7 to provide real-time availability of all charging locations in each city.

Ola Electric Mobility, Indian electric two-wheeler manufacturer, founded in 2017, is based in Bangalore. It is a wholly owned subsidiary of Ola Cabs’ parent ANI Technologies, the manufacturing plant is located in Krishnagiri, Tamil Nadu, India.

KM aims to be a pioneer in the field of Electric Mobility & Integrated Transportation System that makes future mobility smart, accessible and most importantly affordable for the public.

Kabira Mobility launched KM3000 & KM4000, its High Speed Flagship Electric Bikes earlier this Year in February 2021. These bikes had received an overwhelming response from the community by gathering 6000 bookings under 96 hours.

These high-speed bikes are equipped with Combi-brakes, fast charging on-board and roadside assistance, making them as appealing as the ICE motorbikes in terms of style and performance. Kabira Mobility Electric bikes sport modern design with a sleek aerodynamic profile, fireproof battery, park assist and many smart & exciting features.

Ultraviolette Automotive, a Bengaluru based start-up established in 2015. It manufactures premium electric motorcycles and is backed by TVS Motor Company Limited. UltraViolet is planning to set up a smart network of city-based charging points starting from Bengaluru.

Ultraviolette is all set to launch its first electric bike – F77 in 2022, the f77 has no gearbox or clutch, just twist the throttle and the electric motor does the rest. It has a top speed of 142kph and acceleration from 0-100kph in 7.8s. The 138kmph mark claim set by the KTM Duke-200 has been surpassed by the F77. With a production capacity of 10,000 units, Ultraviolette Motorcycles is manufactured at the facility located in Bengaluru.

Founded by Rahul Sharma (co-founder of Micromax), Revolt Motors is an Indian electric two-wheeler startup backed by Rattan India.  It is the next generation mobility company and is going to introduce India’s first AI-enabled motorcycle.

Revolt’s mission is to create the future of next generation mobility with 100% accessibility and 0% fuel residue and its vision is to democratize clean commuting using next-gen mobility solutions.

Revolt offers two electric bike models’, these are Revolt RV300 and Revolt RV400. These e-bikes have a swappable battery and a subscription-based pricing system, and are currently available on sale in various locations such as Pune, Delhi, Ahmedabad, Hyderabad and Chennai, with Revolt ‘hubs’ located in these cities. The manufacturing plant of Revolt is located in Manesar, Gurgaon. The company is also planning to introduce an e-bike named ‘Café racer’ and electric scooter in the future.

ZEVpoint is an Indian public charging networks provider, based in Gurgaon, Haryana. ZEVpoint’s vision is to establish a network of EV charging stations pan India by providing efficient charging solutions for home, business & commercial needs. Their emphasis is to make the charging experience simple and fast for the end consumers. In the coming times ZEVpoint will be charging the cars like we charge mobile phones today, at home, offices, airports, hotels etc.

Electric scooter manufacturer, Simple Energy, founded in 2019, is a start-up based in Bengaluru. In August 2021, Simple Energy launched Simple One, its first electric scooter in the Indian market. The simple one has four riding modes – Eco, Ride, Dash and Sonic, it has a power output of 4500W and a combined braking system for both the wheels. It offers a 7-inch touchscreen, Bluetooth connectivity, navigation, vehicle tracking, tire pressure monitoring system and 30 liters of storage capacity.

Simple Energy also launched its EV charger called Simple Loop which can charge its scooter up to a range of 2.5 km in 60 seconds. Simple Energy is aiming to install more than 300 public fast chargers in India in the near future.

In November 2021, TVS Motor Company and Simple Energy pledged to invest over Rs 2,000 crore to set up e-scooter manufacturing units in Krishnagiri and Dharmapuri districts, in yet another boost to Tamil Nadu, emerging as an electric two-wheeler hub.

Lohia Auto Industries is one of the largest electric automobile manufacturers in India. It was established in 2008 to design, manufacture and market electric two-wheelers, three-wheelers and diesel three-wheelers to make transportation smart and affordable.

Lohia Auto Industries is headquartered in Noida, Uttar Pradesh and has a production plant in Kashipur, Uttarakhand which produces all listed products for the Indian market. Lohia Auto has taken the next step in electric vehicle development in the Indian market and produces high-performance electric vehicles that are efficient, lightweight and fast of the line, loaded with advanced technology and fun to ride.

Lohia Auto offers a range of electric scooters, electric three-wheelers as well as e-autos in India. The Comfort e-Auto HS by Lohia Auto was launched in 2018 at the Delhi Auto Expo which offers a load capacity of 40 kg and offers seating for five people including the driver.

eBikeGo is one such platform from India that offers electronic mode that lasts for around 100km after electronic charge for about 2 hours and makes daily movement fast with a top speed of 55km/h.

During the pandemic, eBikeGo has increased the number of vehicles in its fleet from 300 e-scooters to 2,100 e-scooters.

Recently, eBikeGo has acquired the rights to manufacture the smart electric trike ‘Velocipedo’ in India, from Torrot. With this, eBikeGo is planning to enter the luxury electric three-wheeler industry and aims to manufacture these scooters. The Velocipedo offers the benefits of an electric scooter in a much safer and easier way.

Etrio is an electric vehicle startup based in Hyderabad, Telangana. The company’s product portfolio includes electric vehicles in payloads ranging from 75 kg to 750 kg, which includes a new three wheeler product range in both cargo and passenger segments under the brand “Touro” and a retrofitted e-LCV.

“The EV market in India is currently growing in leaps and bounds. Today, we are seeing that even the most prominent automobile players who once used to make ICE vehicles are now rising to the occasion of manufacturing electric vehicles that give optimum results both on-road and off-road, and also support a zero-emissions, cleaner and greener future. As EV sales pick up in India, enabling end-customers with better financing options (to buy EVs) and building many more EV charging stations across the cities and towns of our country will be imperatives to overcome challenges like range anxiety and Total Cost of Ownership. The Indian Government’s vision to become a 100 per cent electric vehicle nation by 2030 is laudable. Also, it is heartening to note that many state Governments have come forward with e-mobility friendly policies and major EV subsidies -– which will obviously go a long way in enabling large scale EV transition. As one of the leading electric 3W EV OEMs in the country, we at Etrio are working committedly with a vision of ‘electrifying intra-city movement and logistics’ and transforming the environment, lives and businesses of EV owners. And to that end, we are driving EV adoption across the country through a two-pronged approach: one, our unique e-lease model for logistics and last-mile delivery players and second, our dealership model for expanding into the B2C and B2B segments by collaborating with dealer-partners in various parts of India.” 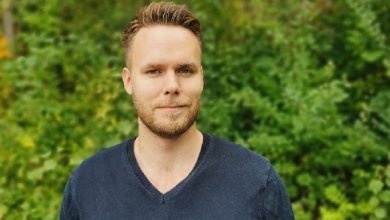 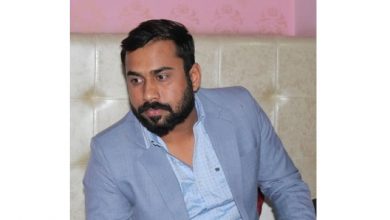 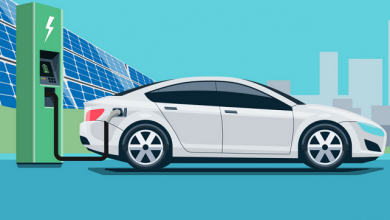 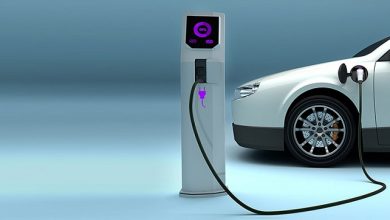 Roadblocks to broad consumer adoption of EVs in developing nations