The airbag system makes a central contribution to safe mobility in modern vehicles. Continental began developing airbag control units (ACU), the heart of the life-saving system, in Regensburg, Germany, as early as 1981. Production started in 1986, 35 years ago. Since then, more than 350 million ACUs have been manufactured at the technology company’s sites worldwide. The control units meet the highest standards of crash safety and reliable airbag deployment. Besides other sensors, an ACU receives therefore signals from so-called pressure satellites, that detect and report the pressure wave of a collision. Continental pioneered the production of these pressure satellites 25 years ago. Since then, the number of airbags in the vehicle has continued to increase because they significantly reduce the risk of injury in the event of a crash and thus make a substantial contribution to Vision Zero. Building on 40 years of experience, Continental is developing new functions to further optimize the protective effect of airbags in cars.

Under the motto “Allround Protection”, the two perspectives around the vehicle (“Pre-Crash Safety”) and into the vehicle (“Occupant Safety Monitoring”) will be networked more closely in the future in order to adapt the airbag deployment strategy more closely to the situation, the occupants and their position. In particular, the goal is to use signals from connected control units to implement new functions that make it possible to deploy airbags earlier and more controlled, as well as to extend their service life. Especially in the case of a side crash, every millisecond counts.

“Saving lives in road traffic has been the driving force behind our innovations and motivation to work on them every day for 40 years. Today, with the increasing number of sensors and computing power in vehicles, we can further increase the level of safety for all road users. With the available data from sensors for the vehicle environment and vehicle interior, we can deploy airbags earlier and we can also adjust the filling level of the airbag. This is made possible, for example, by the development of our new airbag valve technology, which enables an adapted response to individual crash situations for the best protection,” says Laurent Fabre, Head of the Passive Safety and Sensorics Business Unit at Continental.

The “career” of the airbag in the vehicle can be seen in the fact that the first systems controlled a single airbag, while a modern ACU controls up to 48 ignition circuits. In future, this number is likely to increase even further. The performance of an ACU varies depending on the segment, vehicle and equipment, meaning such ECUs are scalable. Continental is implementing this with three modular variants of its airbag control unit. Depending on the version, the control units offer basic functions for frontal and rear impact protection through front airbags and belt tensioners up to additional functions for updates-over-the-air, cyber security and crash detection even during the charging process of electric vehicles. While other ECUs are transforming into software-based products in the reorganization of the E/E architecture with centralization and a few high-performance computers, this does not apply to the ACU. “The ACU will continue to be installed in the safest place in the vehicle in order to guarantee the best performance even after the most serious accidents. In addition, the requirements for the response time are so high that the required latency times for the transmission between decision-makers and actuators are most effectively realized in a dedicated ACU. For Continental, the highest performance in the area of safety is not negotiable,” explains Jochen Zimmermann, Head of Research & Development for Occupant Safety Systems at Continental.

The new functions of Continental’s “Allround Protection” include earlier ignition of the airbags to be able to optimally intercept the occupants inside. A key factor for this is the integration of pre-crash data, which is provided not only by vehicle surroundings sensors but also by the Occupant Safety Monitor, which is currently in base development and provides information about the occupants and their positions inside the vehicle. “This allows us to ignite earlier and, for example, straighten the seat backrest 300 ms before a front crash,” Zimmermann continues.

In order to be able to control the filling level of the airbag more selectively depending on the occupant position, an airbag control valve is in pre-development. This new valve has the dynamics to control the gas flow into the airbag in just a few milliseconds. This allows the exhaust openings in the airbag to become smaller, and the airbag stands longer thanks to pressure control with the airbag control valve – with the right hardness for the situation and occupants. In future, it is even conceivable that the airbag will be softened exactly at the time of the passenger’s impact, so that the rebound effect (throwing back of the passenger) is reduced. Technically, the valve is a masterpiece because it controls 600 bar pressure dynamically in the millisecond range and does so with its own weight currently under 300 g.

How far the range of functions of Allround Protection goes can be seen from the fact that Continental also includes the sensing of the battery in electric cars in the planning in order to warn the driver of possible battery damage (and thus fire risk) after bumps or rockfalls. This new sensor-assisted function of Battery Impact Detection, which works on the technological basis of the pressure-based pedestrian protection system, can also be integrated into the airbag control unit in the future.

The contact sensing CoSSy (Contact Sensor System) is under development for very light damage and contacts. It was already presented in 2019 and completes the Allround Protection. The system detects and classifies sound signals, such as an impact at low speed, so that the vehicle can be stopped immediately. Once installed, the system also supports features such as detecting vandalism (scratching), road conditions, the driver by voice, and approaching emergency vehicles. 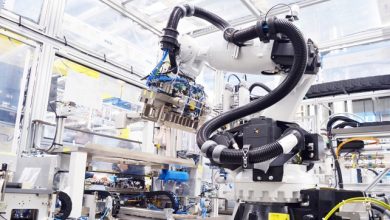 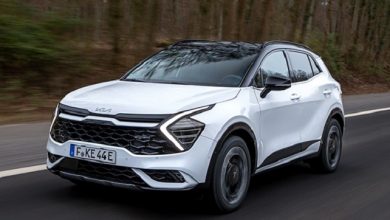 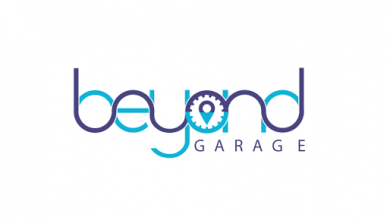 Beyond Garage launches its Application Version 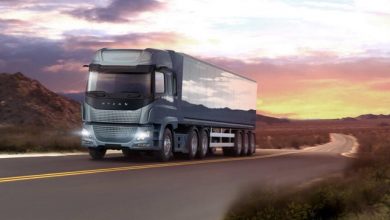