NAVYA, a French company working in the field of autonomous driving systems, is supporting the technological development of the Lyon metropolitan area’s public transport network. Lyon is the capital city in France’s Auvergne-Rhône-Alpes region.

The company launched 2 autonomous shuttles recently, which over the next two years, will be fully integrated within the city of Lyon’s public transport network. They will provide a regular service from 8.30 am to 7.30 pm Monday through Saturday between the Décines Grand Large tram station (line T3) and the Parc Olympique Lyonnais stadium.

The 1.4 Km route taken by the shuttles is located in a dense urban traffic environment used by thousands of vehicles each day. This service, developed in collaboration with SYTRAL–the authority that organizes all urban and interurban services and networks on this scale– and public transport operator Keolis, is part of the AVENUE (“Autonomous Vehicles to Evolve to New Urban Experience”) European measures, selected by the HORIZON 2020 European project, to develop autonomous vehicles in European cities. Geneva, Luxembourg and Copenhagen have also been chosen as pilot cities.

This new service allows NAVYA to address various major technical challenges, as the route passes through 4 intersections with traffic lights, 1 roundabout and 8 pedestrian crossings at an average speed of 13-15 km/h, the objective being to eventually increase this to 20-25 km/h.

NAVYA aims at becoming the leading player for the supply of autonomous driving systems for passenger and goods transport. Since 2015, the company is working to market and put into service autonomous mobility solutions. Its AUTONOM Shuttle, an autonomous, driverless and electric: the shuttle for cities and private sites, was launched in September 2015 and more than 130 units have been sold as of 30 June 2019, notably in the United States, France, Germany, Switzerland, Japan and Australia. 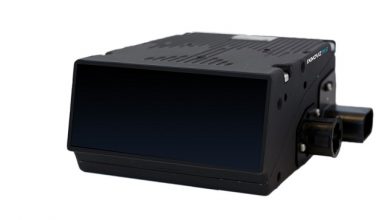 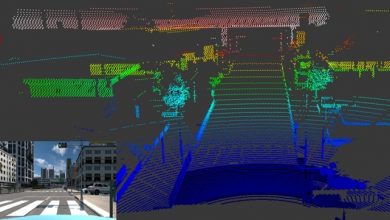