StradVision, a company that provides Deep Learning based embedded perception software for ADAS and Autonomous Vehicles, announced that it has entered into a partnership with a Tier 1 supplier to develop technology for Level 4 autonomous buses. According to the company, once production is completed in a few years, tens of thousands of Level 4 autonomous buses will operate in French and German towns within a predetermined border, without any human supervision.

StradVision CEO Junhwan Kim said Level 4 autonomous buses will be among the key innovations leading the way for self-driving vehicles, and the versatile SVNet software can play a major role in their success.

“In addition to our ability to provide vision processing solutions for Level 2 ADAS solutions, StradVision is also excited about our contributions to higher-level autonomous vehicles,” Kim said. “This Level 4 bus project in the European market is one we’re particularly proud of, as it will show the world StradVision’s ability to deliver truly cutting-edge technology with real-world applications, and the flexible nature of our product at multiple levels of autonomy.”

The project, for which production began in September 2019, will focus on three key areas: Object Detection (OD), Traffic Sign Recognition (TSR) and Traffic Light Recognition (TLR). The company’s abilities in the autonomous realm are possible due to the leaner structure of the SVNet network, as well as its flexibility.

There are multiple types and iterations of SVNet, increasing its versatility for ADAS systems and autonomous vehicles. It can be used by low-end hardware to enable Level 2 ADAS functions, and also is capable of partnering with powerful hardware like NVIDIA’s Xavier, which is being used in the Level 4 autonomous bus project.

SVNet software is designed to function properly even in poor lighting or weather conditions. It features three key components: SVNet External, SVNet Internal and SVNet Tools. For this project, SVNet External will be the focus. By 2021, the company plans to have millions of vehicles on the world’s roadways using SVNet software, and StradVision is already deploying ADAS vehicles on Chinese roads. 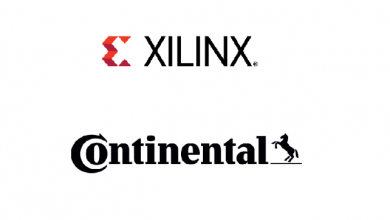