Road accidents are a leading cause of death across the world, with over 1.35 Million fatalities and 50 Million injuries every year. India, with its population of 1.3 Billion people, contributes significantly to those statistics as well.

To understand the gravitas of the number of fatalities claimed by road accidents in India, it would perhaps help to compare them with the greatest health disaster of our times, the COVID-19 pandemic.

The pandemic caused global lockdowns and a public health scare of unprecedented levels across the world, and since March last year, the deadly virus has claimed 156,000 lives in India. A similar number of Indians were killed in road accidents in 2019 alone.

There are several reasons for the high number of traffic accidents and fatalities in India and these include factors such as over speeding, lane violation, jumping of traffic signals, poor road engineering and design etc. The fatality number is further escalated when emergency care is unable to reach these accident victims on time. The key cause for such delay in emergency services reaching the victims on time is often caused by traffic congestion, wherein vehicles such as ambulance and fire engines are stuck in traffic or unable to clear signal intersections on priority. Numerous lives which could have otherwise been saved are often lost due to such delays.

Research done by Management of Acute Coronary Event (MACE) Registry of the Indian Council of Medical Research (ICMR) states that over 50% of heart attack cases reach the hospital late, often owing to the traffic situation on Indian roads and it is quite similar when it comes to other emergency cases as well.

The key to reducing the overwhelming number of fatalities and accidents and also overcoming the problem of fatalities being caused due to congested or poorly managed roads comes down primarily to enhancing the way commuters, vehicles and roadside infrastructure communicate with everything around them. Information on traffic jams, vehicles at intersections, warning information on accidents or other emergency information, collision alerts with vehicles or pedestrians, stop signs, speed limits signs, etc should be informed to the driver at timely appropriate intervals which could greatly help in creating safer driving.

To address the above needs, a wireless communication standard for automobiles known as “Vehicle-to-Everything” or V2X is now emerging. V2X is used for improving the safety and security of commuters and pedestrians on roads, emergency vehicle priority systems and also enables future advancements in automobile tech such as autonomous driving.

Countries such as Japan, the United States, China, and others in Europe, have already introduced wireless communication in automobiles. Meanwhile many major players in the automotive industry are also manufacturing vehicles equipped and ready with V2X.

The primary technologies used for V2X communications in automobiles are:

DSRC V2X provides real-time, direct communication without the need for it to first be relayed to a base station thereby providing very fast communication between devices. This results in short-latency, increased reliability and better coverage, making DSRC V2X the preferred solution for safety applications.

C-V2X on the other hand utilises cellular bands, wherein the communication goes through a base station and requires a certain time lag to communicate. Though C-V2X has higher data carrying capacity,  communication done via C-V2X is not in real time, they are therefore better suited for use in a wide variety of non-safety applications.

To address the issues stemming due to traffic congestion, mixed landscape of our cities and heterogenous traffic environment in India, a combination of DSRC V2X and C-V2X based technologies seems to be the ideal solution.

Since DSRC V2X communications can happen on both Super SHF as well as UHF, it is also important to assess both alternatives on their merits.

While speaking to an automotive consultant to get this views on DSRC V2X frequency bands, he said, “SHF’s have higher information carrying capacity, but SHFs travel in straight lines, and as a result have weaker wraparound tendencies than their UHF counterparts. Because UHFs are capable of better wraparound, the communication can get through buildings and other urban infrastructures better and still reach their intended recipients with lower attenuation and loss of signal strength”.

In Japan, UHF bands (500 – 800 MHz) have been put into practical use for DSRC V2X, with over 200,000 cars already fitted accordingly. Combined with other safety regulations, the utilisation of V2X communications has resulted in a safer driving environment. Only 2839 fatalities from road accidents were registered in 2020 in Japan, a low number relative to the 120 Million population.

Using DSRC V2X for automobile communications is currently under consideration in India. The Department of Telecommunications is considering the use of 5.875 GHz to 5.925 GHz band Dedicated Short Range Communications (DSRC) for Intelligent Transport Networks including V2X in India. However, currently the use cases of any V2X applications functioning on this band in India are almost non-existent.

When it comes to C-V2X, as previously mentioned, the usage is geared more towards non-safety applications that do not require real-time communication. The communication done through C-V2X is ideal for high bandwidth consumption services such as infotainment, navigation and other non-critical communication between V2X devices done through a network. Due to its transmission through a cellular network, C-V2X is less secure than DSRC as only few mechanisms and procedures have be specified to secure the system, continuous relay is not assured, and the latency isn’t guaranteed either. While explaining to us the applications of C-V2X, the consultant said, “C-V2X is also known as V2N (Vehicle to Network). C-V2X communication normally requires around 1 second or more to communicate depending on the network infrastructure capacity and network congestion, as the transmission taking place travels from the origin device terminal to the cellular backend network and thereon to the destination cellular network before reaching the end device. It is not a direct point to point communication as used in DSRC.”

The adoption of V2X has been slow, but in recent years, 2018 to 2021, a few trials on V2X have taken place in India. Zero Sum ITS Solutions, a Japanese Intelligent Transportation Systems provider has been conducting multiple demonstrative experiments using V2X communications (in Vehicle to infrastructure scenario) based on a UHF based DSRC band, to improve travel times for emergency vehicles in the city of Ahmedabad.

Speaking about the project, a senior official with the Ahmedabad Municipal Corporation said, “This is the first time in India that ambulances, VMS boards and traffic lights have been linked together in a completely automated and wireless system.  We are exploring the option of using V2X not only for emergency vehicles, but also for improving the travel and arrival times of other essential services in the city including Bus Rapid Transit System in the city”.

As the acceptance of V2X grows across the world, it is important for India also to adopt a hybrid strategy that combines the use of both DSRC V2X and C-V2X. With the growth of smart cities and smart connected cars in India, V2X is expected to soon see faster adoption across several sectors in India including automotive and traffic infrastructure. It is therefore vital for involved agencies such as automotive manufacturers, civic agencies, highway authorities, traffic police, telecom operators and traffic infrastructure agencies to come together to device a V2X strategy that is best suited for India. 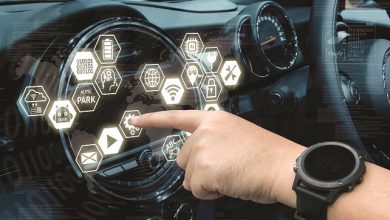 Usage and familiarity with in-vehicle infotainment