With almost every new car nowadays having level 1 or level 2 capability, Advanced Driver Assistance Systems (ADAS) has seen a rapid integration into vehicles over the past 10 years. Initially developed for vehicle safety, ADAS is now also viewed as a key enabling technology for Autonomous Vehicles (AV). With an evolving use case to compound the rapid adoption challenge, ADAS technology is undergoing an industry-shifting update on its overall development and deployment process in the automotive space. In this article, Konrad technologies, with over 25 years of global experience in electronics and sensor test, will introduce the basics of ADAS/AV and share some perspectives of the ongoing innovation in the ADAS/AV development process to keep pace with the rapid ADAS/AV adoption.

Let’s begin by going over some basics of ADAS/AV levels of autonomy, the current rate of adoption globally and in India, and sensor innovation in this market space.

The levels of autonomy have a tight correlation to the level of automation in the ADAS functionality as shown in Figure 2:

Level 0: There is no automation, and the human driver has complete control of the vehicle.

Level 1:  ADAS features are introduced such as partial steering assist to keep vehicles within lane and speed control such as adaptive cruise control.

Level 2: Both steering and speed control can be handled by the vehicle. The human driver needs to supervise the functions constantly.

Level 3: Highly automated where the system is responsible for external environmental monitoring and handling the vehicle. The system can ask human driver to take over anytime.

Level 4: The system is capable of handling itself and decision making under most driving conditions. However, there are certain conditions the system will not drive.

Level 5: Autonomous. The system has complete control of itself.

At the advent of ADAS, there were claims from OEMs that self-driving vehicles would be on-road by ~2025. But as research continued it became clear that the challenge at hand is more complex with several dependencies – sensor capability, ML (machine learning), ability to validate & test ADAS electronics, infrastructure, consensus on testing standards like NCAP etc. Overcoming these technical challenges opens multiple untapped markets with new business models pulling in several global OEMs, Tiers and Silicon Valley behemoths to make significant investment for the necessary innovation.

Historically ADAS adoption was led by consumer preference for safety features but with new markets and models being apparent, the adoption will be led by competition in the industry. It will be a function of safety preference and democratization of ADAS.

As market potential became apparent (as shown in figure 4), investment into ADAS/AV technology increased several folds. One of the key areas of innovation was sensor technology which is the cornerstone of AV.

Sensors play a key role in making AV a reality. There are various kinds of sensors, each with its own strengths making no single type of sensor the perfect singular choice. Typically, a vehicle needs to be able identify and avoid close objects while sensing objects at ~300metres or more. It needs to function under different environmental conditions, infrastructure, and under different lighting conditions. To reliably operate an autonomous vehicle, a variety of sensors are used to accurately represent the surrounding around the vehicle.

Several technical factors are considered to choose the right combination of sensors. Resolution to determine the details, ability to distinguish between multiple static and moving objects, reliability, accuracy, field of view etc. to determine the number of sensors required. Cost and size of the sensors also play a key role in deciding what kind and how many sensors will be used.

Accordingly, based on level of autonomy required, the

As the number of sensors and complexity increases, the need for rapid prototyping and validation plays a key role in lowering the time to market.

Though India is the fastest growing market within Asia Pacific region it is still a small market. Indian OEMs and Tier suppliers are evaluating ADAS features and functionality, but the adoption remains slow. Some of the reasons include:

We expect ADAS demand to continue growing at a high rate in India over the next decade. To enable globally increased investment, safety regulations and infrastructure growth is needed.

As we consider rising adoption rates globally, the ADAS development process plays a critical role in meeting market expectations. There are many images depicting the ADAS development flow, and here is the Systems and Embedded Software Lifecycle image (Figure 8) that is listed in the ISO 26262 standard documents.

This image depicts the typical vehicle component module development flow from system design, validation, and test with a closed loop feedback between design and test efforts. The primary challenges for ADAS and AV development efforts is added to the image as the highlighted blue area which reflects the lack of closed loop development feedback between the different phases of Design and Test efforts.  A variety of different tools at different phases, a “silo” or “black box” approach to accelerate separate phases, different test focus and test techniques at each phase, and a shifting set of requirements for ADAS and AV functionality all contribute to limit the sharing of best practices and key learnings at each separate phase. And results in a longer overall ADAS development timeline before we include the topic of billions of drive test miles to validate functional safety of the ADAS systems. The fundamental challenge for ADAS is created by its core architecture that consists of multiple components that each have to be designed and tested separately before being assembled and re-tested as a single functional unit, and then integrated into the vehicle for yet another round of tests. In the test engineering world, this requirement is seen as a progression from component level test to application level test in a single continuous process (as shown in Figure 9) and certainly an area to be investigated and studied for innovation of appropriate test methods.

For this fundamental ADAS challenge, one test method that has been introduced to the automotive ecosystem is to have a common set of instrumentation tools for tests during the design and test efforts for ADAS components and applications. Using open instrumentation test platforms like the PXI and FPGA-based platform from NI (formerly National Instruments) enable design and test teams to customize test applications for their specific needs and  to share relevant test data for improving the designs at different phases of the development flow. Going one step further, Konrad Technologies has pioneered Sensor Fusion HIL Test as a test method to effectively accelerate the overall ADAS development process. First realized as a test concept in 2016 by the ADAS IIT Consortium, for which Konrad Technologies is a founding member, this test technology involves testing the actual ADAS sensors with the ECU in a lab environment before drive tests (shown in Figure 10). A single test platform can now perform simulation tests, component tests, AND system level tests for ADAS functions before the first live drive test on the road. Together with our partner VI-grade, we have showcased this ADAS test platform for drive simulations tests and currently working on several projects for vehicle in the loop (VIL) tests. With this innovative approach, complete ADAS modules and their corresponding software components in the ECU can now go through regression tests and repeatability tests in a lab environment for functional validation. And more importantly, data gathered from these lab tests can be evaluated with actual drive test data and then channeled to the design team for ADAS feature improvement or correction and quickly verified using the same test workbench.

Murali Ravindran is responsible for Konrad technology’ growth and innovation in the Asia Pacific region. He is adept at launching start-up operations in new emerging markets focused on innovative verticals like ADAS and AV. Ravindran has authored several journal publications, magazine articles, interviews and has a BE & MS in EE and MBA in Entrepreneurship from the University of Oklahoma.

Ram Mirwani is a global business innovator and technologist with over 24 years of experience in leading global business growth and new technologies market adoption. His efforts span multiple areas including test automation, training, RF design, and (most recently) ADAS and AV. Ram lives in Austin, TX, USA. He has a B.Sc in M.E. and an M.B.A, both with honors, from Arizona State University. 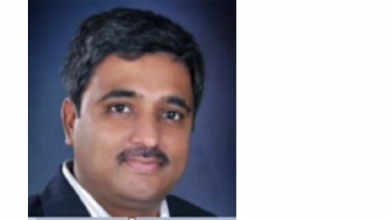 Building a Scalable ADAS Solution for an Emerging Market

Get your car insured with ADAS 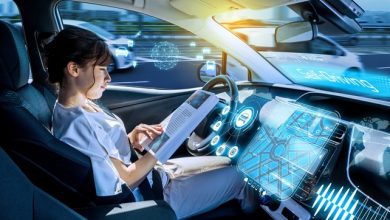 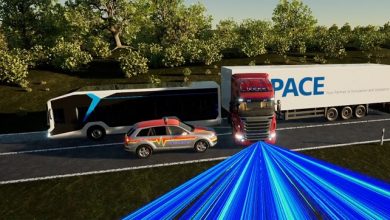