Vadiraj Katti’s childhood in Dharwad, Karnataka, was full of dreaming and nurturing desire to do something. His father was a professor and his extended family members consisted mostly of academicians and teachers. As a middle class family in the 1970s, which had expenses budgeted, it was difficult to have all desires fulfilled. But limited means fuelled his curiosity, making him observe the elderlies in terms of what he would be doing or not doing.

When in 7th grade in school, he was distributing newspapers early in the morning, for earning Rs 20 a month, without informing anyone at home. The urge to earn own money made him borrow friend’s cycle and distribute newspapers. The ideas of doing something, evolved over time, with changing surroundings, as he grew and moved from school to college. During his 12th grade he took a contract work for canal along with his friend, who had a contractor’s licence. During his college days in Bijapur, he opened a garment shop in Bijapur with a partner, who runs it even today.

The entrepreneurship journey has not been easy for Vadiraj, as the family which was into academics and teaching could not relate to it and would often persuade him to think traditionally.

In 1990 he joined multinational bank as sales executive. By the time he quit his job in 1996, he was handling the entire southern region of this bank.

Soon after he was on his own, with business in Pagers in 1997, a growing business during those days. Soon the business of Pagers was being replaced by mobile phones and so did his business portfolio. He was having South India distribution for Samsung, Motorola and others. He was instrumental  in bringing two mobile phones to India. He set up an entire ecosystem for them in India. But, mobile phone distribution, had little scope for innovation and was more of trading, and started losing interest. His family was not yet supportive of his business ideas, insisting on reasonable success. Perhaps this pushed him to experiment with something new, exciting and innovative.

Technology from early days had fascinated Vadiraj. Sometime during 2007-08, he came across Kiran, who was with Siemens working in the field of vehicle telematics. Kiran had spent a good 7-8 years working on the entire product development life cycle, while also being part of a product called vehicle data recorder. Over the next few months they continued sharing their ideas and exploring something exciting. In the fag end of year 2008, they decided to launch a company in partnership in the field of vehicle telematics and  iTriangle came into existence in early 2009.

Though, not many were encouraging about vehicle telematics during those days, Vadiraj and Kiran were convinced with the growth opportunities in this segment.

Vadiraj and his team started with a quick survey to map the issues faced by the users of vehicle tracking devices. Though many in the transport sector were convinced about the benefits of vehicle tracking, the service and support offered during those days, was keeping them away from making upfront investment in tracking devices. It was quite common amongst the telematics service providers or TSP players in the aftermarket segment to import devices from China and other countries and write their own software application to provide vehicle tracking solutions. Many times these applications were not stable and created apprehension in the transport industry, making them stay away from making capital expenses in vehicle tracking systems. Sensing a need for a stable application and reliable support system, Vadiraj and his team started moving towards developing vehicle telematics platform, which will include hardware, firmware and software along with setting up infrastructure for support and maintenance.

The initial years of his venture were more about development and design of vehicle telematics solutions. In the second quarter of 2013, he started deploying solutions. Amongst the first few projects,  the one from the Ministry of Defence vindicated his belief in developing the platform, rather being a hardware vendor.  Data security was a nagging issue for MoD and their R & D work for the last 3-4 years paid off in overcoming financial qualification required to bid for the project.  In the initial years he preferred to be in the B2C space also, more to have first hand feedback from customers and end users. iTrinagle acquired about four thousand vehicles in B2C over the next couple of years.  Using the understanding of user needs and stable solution, he started offering services in a modular fashion to other TSPs in India.

Amongst the learning acquired, in Vadiraj’s words- “One important thing that we learnt is whatever we do, we need to create prosperity and wealth in the business. Responsibility of making the business successful rests with the entrepreneurs. Lastly, you need to keep harnessing talents that come across your way.”

Failures or little successes in his earlier ventures, did leave him enriched with experience and learning. Important being- Success should be shared and failure is to be owned by the entrepreneur.  He was methodical in his approach to analyse failure up to the directions and guidelines set by the entrepreneurs. Value of money and need to be profitable has been of prime importance to him. In early days Kiran, being a techie had insisted on technology or idea which could make the difference, but this notion changed with time and today have realised that, while ideas are good to begin with, money is important to make it happen, particularly in a capital intensive industry.

Like many entrepreneurs who start with desire to do everything, it was with Vadiraj even with his iTriangle initiative. He wanted to do many things, or in other words did not want to miss out any opportunity.  This made his resource spread thin, with his team working on multiple projects from varied domains. After spending about a year in this mode, he realised that the quality of service is taking a beating. His customers are not happy. Realising the need to be focussed, soon he changed the business approach in 2016. Though at a cost, but an important lesson was learnt. Today, Vadiraj is not only planned, but reasonable in his approach to product development, when allowing 18 to 24 months time frame to develop a product.

Looking back at the journey of nearly 12 years, Vadiraj seems pleased by his own success. He never thought that he would be having four hundred thousand devices in the Indian telematics ecosystem through his partners.

Blurb- “The regret is if we had envisaged this, we would have done a lot of things differently in 2014. We would have been in a much better position.”

As of today, iTriangle is not a funded company.  Entire investment has come from directors. The existing board of iTriangle consists of family and friends, those who have invested in trust. The other portion of investment has come through bank debt. Vadiraj was cautious about going to market for funding. He was apprehensive that a funding partner may push the company away from the path of innovation. Though the VC funding option was there since 2014, he preferred to build the company from self-funding, its own profit and bank debt. This is where he thinks startups fail due to (1) lack of patience, (2) lack of planning and (3) looking forward to making some money by achieving some valuation. He is of firm view that one should go after creating value for the end user, this will result in valuations for startup. According to him, there is no quick money, if someone has made it, its an aberration.

For Vadiraj, who has been trying to be on his own since early childhood, he appears quite satisfied with the way things have spanned out for him. If there is one area where he would like to contribute going further, its education. He has a desire to do something which can help reach quality education far and wide in India.

Vadiraj Katti, Kiran A R and Anup Naik are the people who drive the business at iTriangle Infotech. 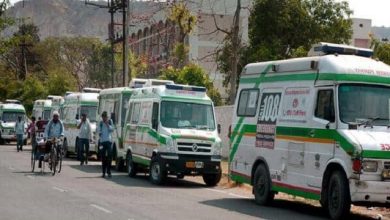 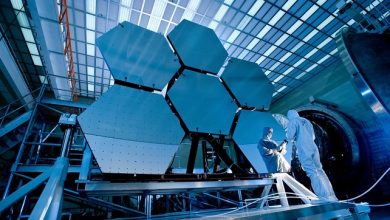