Self-driving trucking startup TuSimple is teaming up with big logistics operators to bulk up its delivery business as it lays the groundwork for a planned coast-to-coast autonomous freight network.

TuSimple plans to nearly double the number of its weekly freight runs to 93, up from about 50 currently, as it moves loads for companies including national truckload operator U.S. Xpress Enterprises Inc. and delivery giant United Parcel Service Inc., which last year took a minority stake in the startup.

TuSimple, which has offices in the U.S. and China, said it has also started working with grocery and food-service distributor McLane Company Inc. The startup is hauling goods and using space at some of the Berkshire Hathaway Inc.-owned company’s facilities as freight terminals, as part of its campaign to create a nationwide network of shipping lanes served by autonomous trucks.

That plan will include highway lanes enabled for self-driving trucks and terminals stretching from Los Angeles to Jacksonville, Fla., over the next two to three years, and eventually across the Lower 48 states, said Cheng Lu, TuSimple’s president.

The company’s fleet of 40 trucks now operates autonomously on seven routes between Phoenix, Tucson, Ariz., El Paso, Tex. and Dallas, with a human operator on board each vehicle to take over if needed.

TuSimple plans to pilot fully autonomous driverless service next year, the company said, and aims to expand those operations nationwide in 2023 and 2024 with the help of commercialized technology it is developing with German car-parts maker ZF Friedrichshafen AG.

To get there, TuSimple is building out lanes and terminals connected by high-definition routing maps that function “like virtual railroad tracks” for its retrofitted big rigs, Mr. Lu said. “We have to build an ecosystem that can safely and efficiently bring autonomous trucks to market.”

TuSimple was founded in 2015 and is one of a number of startups developing technology aimed at making long-haul trucking cheaper and more efficient. Developers of autonomous trucks say that while human drivers are bound by daily operating limits, driverless big rigs can run day and night, potentially cutting costs and speeding up deliveries.

Last year, TuSimple raised $215 million in a Series D round of financing, bringing its valuation to $1.2 billion, the company said. It is now looking to raise an additional $250 million, according to a person familiar with the matter. 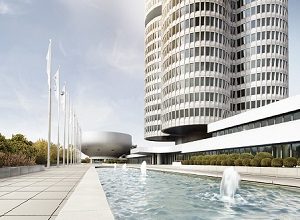 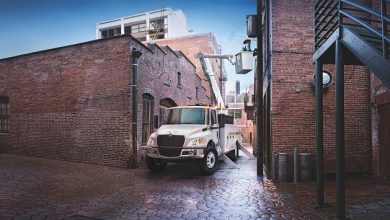 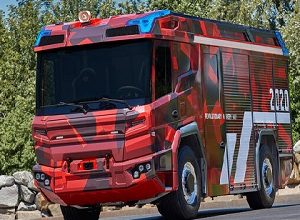 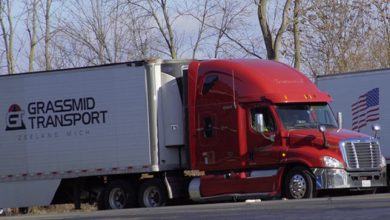