In 2017, after nearly a decade of developing self-driving technology for passenger cars, Waymo launched a trucking and local delivery program now known as Waymo Via. Since then, their autonomous Class 8 trucks have been tested in a wide variety of cities and environments in California, Georgia, Arizona, New Mexico and Texas. Utilizing the same core technology stack across all of Waymo’s vehicles allows them to bring fully driverless trucks to the market safely and quickly.

The same way that software and hardware components power our phones and tablets, the Waymo Driver is the foundation for all our vehicles, whether it’s one of our cars navigating the busy streets of San Francisco, a van delivering packages to a local neighborhood, or an 18-wheeler truck driving down the highway. Using the same core technology and infrastructure allows each vehicle platform to benefit from 20 million self-driven miles on public roads and over 15 billion miles in simulation. Now, trucking efforts help further advance the Waymo Driver by unlocking more freeway driving capabilities for the entire fleet.

Even if you’ve never been behind the wheel of a truck before, many of us have driven on the roads alongside them and can imagine the difficulties of this job. Driving an 80,000lb semi-truck at 65mph, merging into fast-moving traffic, dealing with blind spots, trying to keep the truck and trailer in line with only about 8 inches on either side to spare, constantly checking your mirrors to keep an eye on the trailer and everyone else on the road — these are just a handful of challenges truck drivers must grapple with.

Not only is truck driving a tough job, but serious crashes can also occur. More than one in three long-haul truck drivers have experienced a serious crash during their career. The trucking industry values safety deeply and is constantly seeking innovations to improve statistics like these. By bringing self-driving technology to trucking, Waymo can make every mile traveled safer.

In order to identify the main challenges of truck driving — from construction zones, to potentially larger blind spots, to trailer movements that can vary with different types of loads, to slower acceleration and braking — Waymo utilizes not only its experience building self-driving technology, but also the wealth of knowledge gained from professional truck drivers. As part of its testing program, Waymo partners with test drivers who are trucking industry veterans with more than 20 years of invaluable expertise to help inform our approach.

Jon Rainwater, an experienced truck driver who provides instruction to the test drivers for Waymo Via, says: “By working with the engineering teams and sharing all about truck behavior and the rules of the road, I’m helping the Waymo Driver see and learn what I have. It’s my job to impart the lessons I’ve learned the hard way, so that the Waymo Driver is the safest it can be. That is the largest impact I can have—knowing that society will benefit from my lived experience for years and years to come.”

Designed for scale and engineered to tackle diverse driving environments

When designing a new platform, Waymo works closely with its OEM partners to ensure they can integrate their Waymo Driver seamlessly into their vehicles and manufacture them easily. It begin this process by using its most recent self-driving system, comprised of radar, lidar, cameras, and compute and adapt it to the new vehicle, optimizing it for the various platform requirements, such as the variation in potential blind spots.

Each generation of its hardware suite is informed by more than a decade’s worth of its experience and millions of miles of on-road testing. This experience provides them an understanding of the edge cases that self-driving technology needs to handle to take people and things safely from A to B.

Compared to passenger vehicles, trucks spend a lot more time on freeways, which are higher-speed environments. They also have a lot more mass, are slower to accelerate and brake than passenger cars, requiring a distance of nearly two football fields to come to a stop, and they have trailers that can move independently from the tractor. Therefore, when configuring the self-driving system for their trucks, Waymo take into account that its trucks require more time and space to maneuver and can have different blind spots than cars. To accommodate for these differences, it increased the number of sensors Waymo apply to the trucks. The most noticeable difference is that its trucks feature two perception domes versus the single iconic perception dome on its passenger cars. The dual perception domes on its trucks help increase rear visibility by reducing blind spots caused by the trailer.

Another thing Waymo has learned from its over 20 million miles of on-road testing is the importance of redundancies in safety. Unlike with passenger cars, which already come equipped with multiple levels of redundancy, you can’t order or easily build a truck with all of the safety features necessary for self-driving, such as redundant braking and steering. The trucking industry isn’t as far down this path yet, but it is using everything it’ve learned to work closely with its OEM partners and suppliers to equip its trucks with the same level of safety and redundancy.

Machine learning plays a significant role in addressing some of the key freeway driving requirements needed in perception, prediction, and planning. Waymo uses the same core algorithms across all types of vehicles, but it is fine-tuning them for trucks and freeway driving specifically. Although its passenger cars have been driving on freeway segments for quite a while now, having vehicles that spend nearly all their time on the highway, allows them to learn more about this environment and better prepare for its challenges.

Even routine maneuvers such as lane changing can be challenging for an 18-wheeler truck driving at freeway speed. Turns become wider and can take unique shapes due to the trailer movements. The Waymo Driver can see objects at great distances, which allows it to respond to objects earlier and maneuver more smoothly.

Waymo encounters several situations driving on freeways that it does not frequently see on surface streets, including navigating metering lights when getting onto a ramp and moving over a lane when another vehicle stops on the shoulder to give them room. Dealing with construction zones and median crossovers that direct traffic to the “wrong” side of the road can also be more challenging on a freeway. Training the Waymo Driver to navigate a variety of these scenarios allows it to unlock additional freeway driving capabilities not only for its trucks but for the entire fleet.

Freeway driving requires exceptionally high reliability from every part of the self-driving system. The Waymo Driver and its applicable platforms go through rigorous testing and validation processes that it has developed to ensure the safety and reliability of its system. This includes base vehicle and hardware level reliability and durability testing, as well as validating its software through simulation, evaluation techniques, structured testing and public road operations with trained drivers.

For example, simulation allows it to rigorously test and prepare its system to handle many trucking-specific challenges. In a simulated environment, it can recreate any scene — experienced or new — including other drivers’ behavior.

As Waymo continues to develop the hardware and software components of the Waymo Driver to power trucks, its technical progress will carry over into all other vehicle platforms, including passenger cars. At Waymo, it is fortunate to have some of the greatest minds working on honing this technology and Waymo is looking for more people to join its growing team and help it make roads safer for everyone. 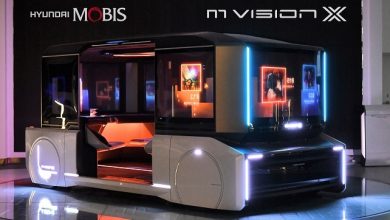 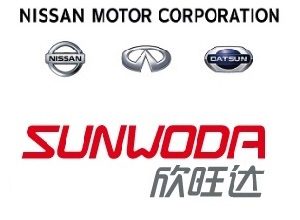 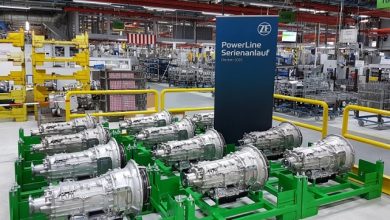 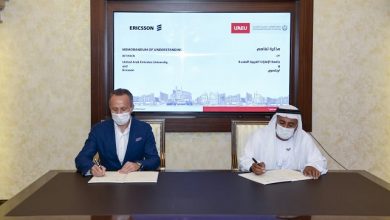