Mobile phone and computer giant Apple is all set to debut in the automotive market with a new concept electric vehicle, if sources are to be believed. The Cupertino, CA-based $750 billion enterprise is planning to achieve the target of $1 trillion with this highly ambitious project, namely “Titan” (some calling it iCar). Apple wishes to expand its empire beyond in-car infotainment, a segment in which Apple’s car play has already acquired a steady place with its flagship CarPlay. However, it’s quite unclear, at least with the available information on date, as to whether the idea is just to build a car or going to be something “huge” that could give a head on competition to the automakers. This is because Apple’s idea behind foraying into a new market is basically to “transform” it completely, or at least oppressing the competitors.

Apple’s Chief Tim Cook approved the project almost a year ago and as a first step, he made Product Design VP Steve Zadesky (Ford alumna) as the leader of the project. Mr. Zadesky was asked to pursue subject matter experts from all over the world. Apple has already recruited 200 people working on the project from private locations in the vicinity of its HQ, with 800 more to join in coming months possibly. In a release by Financial Times in mid-February, it claimed that Apple is hiring various automotive experts from various organizations to work on its mission of designing a car. In September last year, Apple hired the former CEO of Mercedes-Benz Research & Development of North America (MBRDNA), Mr. Johann Jungwirth (JJ). MBRDNA is located at Sunnyvale, CA which is just 10-mins drive from Cupertino. In the same vein, Apple hired Tesla’s former Mechanical Engineering manager David Nelson, former Tesla head recruiter Lauren Ciminera(offering 60% salary increase and a signing bonus of $250, 000) , five employees from A123 systems (MA-based manufacturer of lithium-ion batteries), battery experts from Samsung Electronics and many more. If you ever happen to visit the Apple HQ, please don’t get surprised to see a separate “automotive” division!

On being asked for, an Apple employee emailed Business Insider that says, “Apple’s latest project is too exciting to pass up,” the person said. “I think it will change the landscape and give Tesla a run for its money.”

However, no one has a firm idea of what Apple is exactly working on, as the company has outrightly denied commenting on the same calling it a mere “speculation”. But still, why would a company which is already generating a lot of profit ($18 billion last quarter) with their mobile business take all this trouble? What might have been the reason for the company hiring so many automotive experts? Are we soon going to see an “iCar” hitting the roads in coming years? Whatever it is, but most of the literature seem to agree on one fact— it’s not something imminent. Like many other Apple projects (which never earned the title other than a PROTOTYPE), this too may never see light of the dawn or may get modified to be used in some other project. 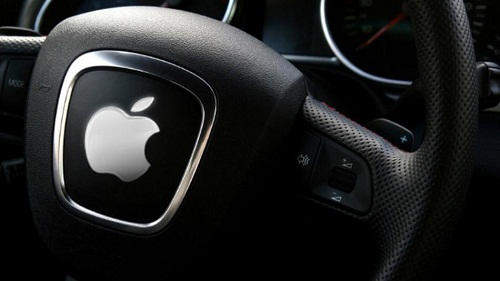 We all know that the product lifecycles in the automotive industry are infamously slow, or at least it is not as swift as launching a new version of iPhone (which the company does in every 2-3 years). It is not doubt that Apple is taking the connected car market seriously, but this better be their long-term plan. For now, the consumer electronics giant must try ways to make sure that their in-car platform is being used by automakers for the next few years.
The auto industry is taking this project seriously that Apple may emerge as a stiff competitor to them. And while car manufacturers see Google and Apple as potential competitors, they also view them as partners to advance their own technology. A number of automakers last year signed on for Apple’s CarPlay for their models.

Fiat Chysler CEO Sergio Marchionne said, “It’s exactly what this industry needed: a disruptive interloper. The traditional motor industry would be foolish to ignore moves by Apple into car technology”.

Nobody knows what the Apple car will look like, but considering Apple’s existing product line and its desire to expand iOS beyond the iPhone and the iPad, we can assume that any Apple-produced car will integrate deeply with the iPhone. If sources are to be believed, it model will somewhat look like a “minivan”.

Former CEO of General Motors, Dan Akerson commented, “They’d better think carefully if they want to get into the hard-core manufacturing. We take steel, raw steel, and turn it into car. They have no idea what they’re getting into if they get into that.”

Amid all the rumors, statement, reports, contradictions it will really make sense if Apple could make it clear to the industry about their plans. Otherwise it will be “just another” project of Apple that never make it to the market.

We can only wait and watch!
Sources: Macrumours, Business Insider, WSJ, Engadget
By Kriti Ranjan, Telematics Wire
If you have any feedback regarding this article, please write to kritithinks@gmail.com 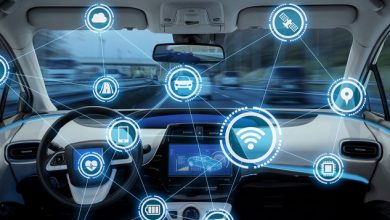 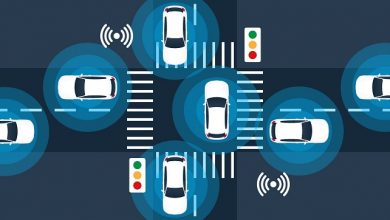