Damon Motorcycles will unveil its electric superbike Hypersport at CES 2020. Damon Hypersport claims to address age old problems in motorcycling that have long been ignored, namely rider safety and comfort.

According to Damon it’s flagship motorcycle the Hypersport Pro with CoPilot expands the reach of senses in 360º, giving that one extra second riders need to react to keep you safe on the road.

CoPilot employs radical innovations in sensor fusion and AI, including radar, cameras and non-visual sensors to track the speed, direction and velocity of up to 64 moving objects around the motorcycle. To keep the rider’s attention forward where it is needed most, CoPilot’s forward collision warnings are delivered with patent pending haptic vibration in the grips.

Blind spot alerts are delivered with amber LED lights at the left and right edge of the windscreen. Rear collision threats, which make up 11% of motorcycle accidents, are delivered to the rider with a bright white LED on the windscreen’s edge, and are reinforced with high definition visuals on its 6″ LCD display, which doubles as Hypersport’s instrument cluster. Unlike collision warning systems found on modern cars, Damon’s CoPilot™ intuitively monitors traffic in 360º, forming a bird’s eye view of itself to anticipate the behaviour of cars, bicycles and other objects to alert the rider before it’s too late.

To address the issue of comfort, Damon’s next generation motorcycle features Shift™, electronically adjustable ergonomics that lets riders adapt to road and traffic conditions while in motion. At the push of a button, Hypersport’s windscreen, seat, footpegs and handlebars move in unison to adjust the rider from a high-speed supersport position, to a comfortable sport-touring position, to full upright commuter position for dense city traffic. The company says it’s akin to having two bikes in one. 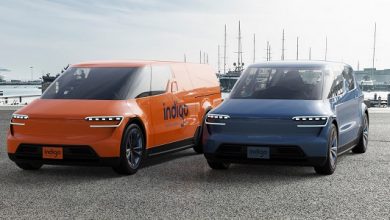 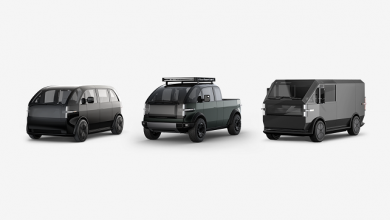