The technology company Continental is bundling camera systems which were previously deployed separately, to form a complete system. The system uses several satellite cameras to provide high-precision image data that is processed and evaluated by a central control unit. The system is modular, scalable and connected and enables numerous new functions that make driving safer, more comfortable and increasingly automated.

Named the “transparent hood” the function has been awarded with CES 2020 Innovation Award and also went into series production for the first time at the end of 2018 in a SUV of an European car manufacturer.

When driving slowly – such as when parking or off-roading – the ground beneath the engine compartment is displayed on the screen in the vehicle. With the help of the new optical information, a vehicle can be maneuvered precisely and in a controlled manner in narrow parking spaces with high curbs, over speed bumps and potholes, or when off-roading over rocks and rough terrain. To the driver it looks as though the hood and the engine compartment beneath it are transparent.

“The image of the terrain around the vehicle is provided by the satellite cameras already installed in many vehicles. They are located at the front of the radiator grill, at the rear and there is one at the bottom of each of the side mirrors. However, the satellite cameras themselves cannot depict the space underneath the car. An intelligent Image Processing Algorithm developed by Continental, which also includes different vehicle sensor data, is reconstructing the image under the vehicle and inserts this image exactly into the surround view displayed to the driver”, said Markus Friebe, Head of Visualization Functions at Continental.

It also has “Computer vision” systems that includes, for example, intelligent front cameras that not only detect traffic signs, traffic lights, lanes or obstacles, but can also recognize and evaluate them. The driver then receives the appropriate acoustic, visual or haptic information or warnings – for example, if the car threatens to leave its lane. The camera can also be used as an emergency brake assist: If the system detects another road user in front of the vehicle, it automatically initiates emergency braking in order to avoid a collision as far as possible. Camera system functions can be individually configured in line with customer requirements

It is not only the camera technology that plays a key role here, but also the Assisted & Automated Driving Control Unit (ADCU) from Continental. In combination with the appropriate software, the ADCU always has an overview of the vehicle, its surroundings and the driving situation – and can react appropriately at any time. The satellite camera system is also making a major contribution to realizing Vision Zero – Continental’s vision of a future without road traffic accidents. 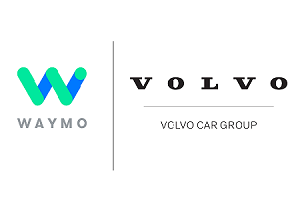 Waymo to partner with Volvo to scale ‘Waymo Driver’