The U.S. Department of Transportation (USDOT) on Wednesday launched an online portal allowing the general public to track on-road testing of automated driving systems, as the federal government continues with a sometimes controversial, voluntary approach to improving the security and transparency of autonomous vehicles.

The portal, a part of the Automated Vehicle Transparency and Engagement for Safe Testing (AV-TEST) Initiative that was announced in June, provides data on the on-road testing of 10 automated driving systems in 17 cities across the country.

The project is in the pilot phase, and more companies will join as the portal expands, officials said during the briefing. Participation is voluntary.

A dozen AV companies are operating their vehicles on public roads, with self-driving truck and delivery companies leading the way. Trucks outfitted with autonomous technology from TuSimple, Kodiak, Waymo and Embark are operating today (with a safety driver behind the wheel) on city streets or highways. Many are hauling cargo in partnerships with consumer brands and manufacturers.

Joining those companies during a few weeks is Ike, one among the sole autonomous trucking outfits that has thus far tested only in simulation. Ike announced Tuesday that it had been partnering with three major logistics customers to deploy highly automated trucks for highway driving, and the performance of its system is now at the purpose where it has become valuable to check on public roads, CEO and co-founder Alden Woodrow told FreightWaves.

Ike isn’t part of the pilot but supports the initiative, Woodrow said. Representatives from Kodiak and TuSimple echoed those sentiments. “We’re on deck” once the pilot phase is completed, said Kodiak policy director Daniel Goff.

In recent months, a growing chorus of investors and industry players has identified the lack of a unified and coherent federal policy together of the first obstacles to AV adoption. The new tool is a step therein direction and is in sync with prior government efforts that take a market-driven, nonregulatory approach to AV policy.

In another volunteer partnership, AV companies can submit safety self-assessment reports to NHTSA explaining how they’re developing and testing their autonomous vehicle technology.

A few weeks ago Ike released the second version of its safety report, a technical document that explains a number of the developments around the many benchmarks the system is meeting so as to enable Ike to test on public roads, Woodrow said.

Also releasing an updated safety self-assessment is Uber ATG, the self-driving arm of the tech transportation giant. That report focuses on the company’s new organizational approach to safety, an entire overhaul of Uber’s safety program implemented following a fatal collision involving an Uber vehicle in 2018.

These reports and voluntary efforts generally have attracted criticism from the National Transportation Safety Board (NTSB), an independent federal agency, and other safety groups, which assert the reports’ voluntary nature undermines industry credibility and claims of transparency.

Owen countered those concerns during Wednesday’s press briefing. “The power of the competitive marketplace, nonregulatory tools have proven to be effective in advancing vehicle safety,” he said, and “given the speed with which AV technology is evolving, “a volunteer partnership with industry and the States has allowed us to get this information to the public quickly and efficiently.” 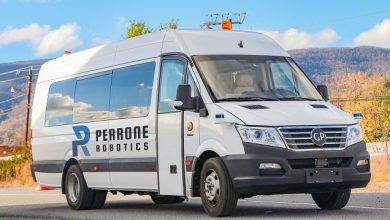 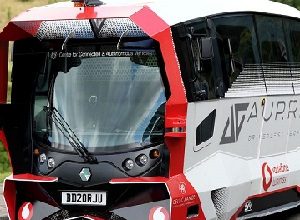 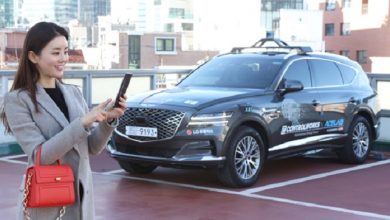 Autonomous car drives and parks itself in real Seoul traffic