It’s almost hard to fathom that before 1962 seatbelts were rarely installed into vehicles and used even less. Only since Wisconsin State in the USA affected a law that compelled all motor vehicles sold to have seatbelts installed from 1961, did seatbelts start to become the norm in all vehicles as all other states and countries followed suit.

Although a fair number of scientific studies already proved the value of seat belts in saving lives during the 1950’s and 1960’s, the fitment and use of safety belts in cars still aroused heated debate. Over time however, it became the norm in passenger vehicles as more and more proven practical statistics kept adding up until it was adopted globally.

Strikingly, the same adoption can be observed in the introduction and practical use of telematics data to mitigate risk for insurance companies, fleet companies and road users alike.

Typically, insurance companies are licenced to insure specific types of risk. The types of risk vary but could include pure risk, speculative risk, static risk personal risk among some of many types. Dynamic Risk is traditionally more related to risks associated to changes in the economy, however, the same type of risk already exists on the roads, only in a much higher effect frequency. A practical example of Dynamic Risk on Road might be a driver in commute from home to work.

In traditional, so-called static data- insurance, an insurer would have some insight to where the insured asset would be travelling to when the policyholder was commuting to work and back according to data captured at quote stage or perhaps a data-update call. It would have some insight to what type of vehicle it is and where it is parked, however, there would be no way for the insurer to know, how frequently the insured asset was driven, where it was driven on any given time, what speeds the vehicle was driven at and how the overall driver behaviour was from the driver of the vehicle. This was before the introduction of telematics data that can actively and dynamically record and rate each trip in singular form according to set proxies to achieve a gauge on how risky the insured vehicle was being driven. The same would cater for a fleet manager, a responsible vehicle owner, policyholder or parent wanting to know their child in college is safe.

Ironically traditional resistance to the use of telematics data in motor vehicle insurance was assumed to be due to data privacy issues as insured persons simply did not trust what an insurer would do with this ‘new type’ of data. As we see the responsible implementation of telematics data globally this fear of ‘Big Brother’ is fast dissipating as insurers, policyholders and the general public are realising the overwhelming positive influences and benefits to the responsible application of telematics data to their own premiums and often, their pockets through incentives and lower insurance premiums for good driver behaviour performance. A further positive take is the result telematics data has had proving faulty party with claims where more often than not, the data indicates that the policyholder sharing data was acting responsibly and was not at fault during a claim incident.

Here is a practical example of how telematics data aggregation is being deployed successfully for insurance companies that do not necessarily want to invest in having their own telematics department and rather rely on specialists in the field to harvest the data for them and aggregate this data into a pooled environment.

Data is aggregated from several different telematics data providers. This data needs to be transferred in a secure method. All data must be encrypted within the transport layer. When consuming this data, there are several aspects of data processing to be considered that on its own tends to require large financial and intellectual investment. These may include the data protocol setup to be secure, fast and scalable; reverse geocoding of data packets incoming from TSP’s, trip building (where the data is combined to depict actual trips). In addition, most effort will be put into the error handling from GPS data, distance calculations and installation fault biases. All this means that most insurance companies simply fail to successfully attempt to perform this action. For this reason, data aggregators and risk management companies that specialize in telematics data can be an advantageous investment to make sure insurance companies are focussing on what they should be – insurance, and not wasting valuable effort, time and money on figuring out how to aggregate the data, pool the data and then extract value.

The below illustration depicts an actual trip rated dynamically using telematics and acted on by an insurance underwriting management agency. Prior to the introduction of telematics data, this vehicle with only static data to rate on would be rated and the direct premium would be calculated. What became clear however, was using the telematics data, this insurer soon realized the risk was excessively higher than any of their original static data calculations indicated. Subsequently, the policyholder was positively influenced, and a positive result was achieved. The results are exactly what telematics data wishes to achieve, safer roads, more accurate risk rating for insurers and better priced premiums for the insured.

Improving overall driving behaviour means it needs to be measured. As such, Gullwing Telemetry Solutions have been providing Mobile Telematics, agnostic deep-installed telematics and sensory equipment to the Usage based insurance market since 2018. Our scoring algorithms have been developed to precisely indicate dynamic risk towards insurers and fleet owners based on how the assets are being utilised. The below dashboard is a demonstration of the typical results being harvested agnostically from our built in SDK.

The Gullwing mobile application SDK can also be built into the insurer existing mobile application to seamlessly integrate a traditional tracking device from a TSP, as well as the mobile phone that the app is installed into. This way, a single view of all the vehicles’ scores is maintained. Push notification of any incidents or directed messages is also possible to effect positive influence.

Hennie started working with Insurance Telematics in 2011 where he began his Telematics-career on the first Usage-based Insurance project in Africa. Ever since experiencing first-hand the true value of telematics data, he promotes the use of it through his own company that he started in 2018 to expand on the aggregation of several data providers and implement true Insurance Telematics programs globally.

Telematics is only the first step 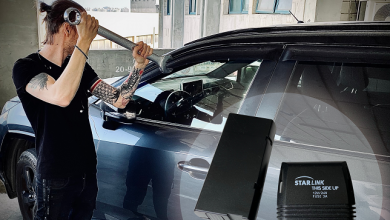 How to prevent vehicle thefts?

Vehicle sourced data services for the auto industry from Here

Rising to the challenge: The quest to save over one million Indian lives in the next decade