Author: Andrew Hart, SBD
Traditionally, the automotive industry has introduced an Electronic Control Unit (ECU) for each major new function. This means that separate functions such as the head-up display, infotainment system, instrument cluster or driver assistance require a distinct processor each. As a consequence, most modern cars will contain at least 30 to 50 ECUs, leading to increased complexity and inefficiencies. 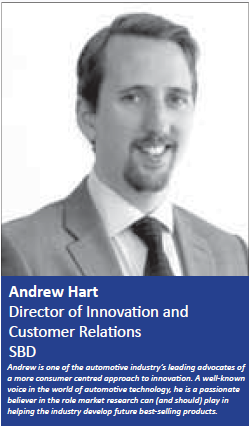 The automotive telematics and infotainment ecosystem is beginning to change, with vehicle manufacturers searching for cost reductions and enhanced performance. At the same time, chipset developments are improving the feasibility of running multiple functions from the same ECU.

What to consolidate and why?

There are various stages of ECU consolidation anticipated, with the most immediate impact expected to be felt within the instrument cluster, heads-up display and infotainment systems.
Currently, these functions are generally designed by different teams within a vehicle manufacturer and sourced to different suppliers. However, keeping these functions separate while maintaining a seamless user experience is becoming increasingly difficult to manage. Instead, various vehicle manufacturers are now converging those teams into one, and sourcing a single advanced ECU that can support multiple functions.
The reasons for considering the consolidation of multiple ECUs into one are varied for different car manufacturers, with cost, consistency and complexity being the primary ones. With the growing number of displays, it is becoming increasingly hard to create a holistic user experience with disparate ECUs sourced from multiple suppliers. In addition to the consistency difficulties posed by multiple ECUs, minimising latency issues becomes particularly important when multiple displays show safety-critical information (e.g. for ADAS).
With OEMs planning to support a larger range of content across multiple displays, closer coordination will be required. Monitoring drivers and managing distractions can pose additional safety difficulties if the content on the multiple displays is not centrally managed. 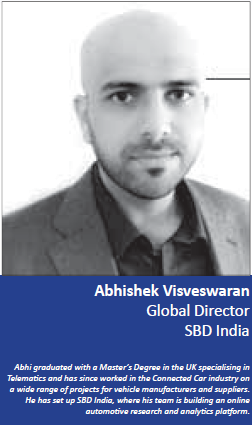 How is the ecosystem adapting?

Suppliers have been quick to adapt, with Visteon, Bosch and Harman recently demonstrating the benefits of running multiple displays from the same ECU. In doing so, OEMs are being promised a more holistic and consistent user experience, and a reduction in the total cost of ownership by $100- $200 from the removal of redundant hardware and simplification of the vehicle architecture.
Although OEMs currently benefit commercially from multi-supplier sourcing, the consolidation of ECUs across multiple functions will likely reduce the operational complexity of dealing with several suppliers.
Despite all of the potential benefits, challenges remain. Changing the culture internally and re-organising teams from multiple vertical strands to one horizontal strand within OEMs is difficult logistically (and politically).
Furthermore, according to SBD’s Headunit Tracker, some OEMs have as many as 25 variants of headunits across all of their models. Consequently, the legacy of existing headunits and the architecture in which the consolidated functions will sit is also a difficult task to manage. 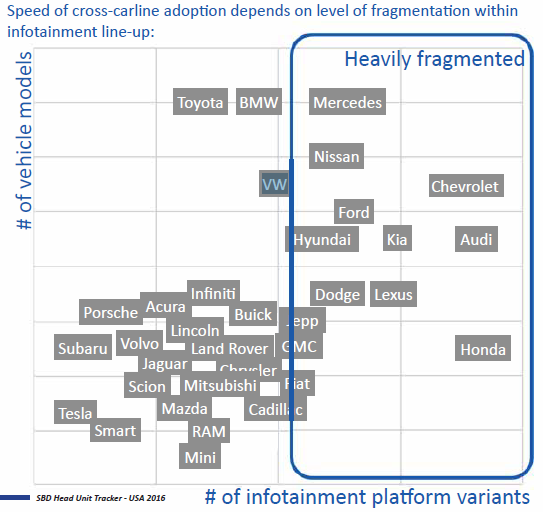 There are also various technical challenges associated with running both safety-critical and non-safety critical functions from the same ECU, requiring heavy virtualisation at both a hardware and software level.
Gradually, more and more OEMs will overcome the challenges and make the transition to ECU consolidation. In turn, this will drastically change the tier-1 supplier landscape.

Which suppliers are well positioned to deliver in this changing ecosystem?

The transition to ECU consolidation will make it harder for suppliers with only partial solutions to compete effectively, allowing larger players like Bosch and Denso that develop both instrument clusters and infotainment platforms to scoop up more business. Others will need to partner up or make strategic acquisitions to remain competitive in the longer term (which partially explains why the largest supplier of instrument clusters, Visteon, purchased Johnson Control’s infotainment business).
Convergence of ECUs, coupled with a simplification of headunit line-ups will lead to a greater number of ‘winner-takes-all’ contracts for Tier-1s, compared to before when suppliers could hope to at least get a part of the business for at least some of the OEM’s platforms.
The first cars leveraging a converged ECU architecture that supports multiple displays are expected to arrive on the market by 2020, giving suppliers a limited time to adapt to this new reality. Grand ambitions of moving from a decentralised 50-ECU strategy to a single centralised ‘super brain’ may still be far off, but that journey is already starting today.

Toyota joins The Linux Foundation as a gold member