Rajesh G comes from a defense family. His father was in Indian Air Force (IAF), and as the service requires, he was posted in various parts of the country. Along with his parents, Rajesh traveled extensively across India during his early days. When in job, as a consultant with ICRA, he had to travel a lot across India covering all the small towns. During the travel, he faced the pain of highway travel and started thinking about the dynamics of the issues which are being faced by traveler on highway. It was somewhere in 2012-13 he had started realising that even though commuters had access to Google Maps and images associated with specific points of interest, but nobody can claim if this information is verified. He often wondered about the problems faced during traveling on the highways in terms of safety & security, hygiene, accommodation, and food quality. He used to think about the plight of people who travel with families and especially with elderly people.

For Rajesh G the transition from a consulting job to being an entrepreneur happened over two years. In 2013, he quit his job, and joined his father-inlaw’s business in Indore who used to run a printing unit. He was a self-made entrepreneur and had started his own business. As he wanted someone to support and take care of his business, Rajesh went there to give it a shot. Perhaps, this was the first opportunity for him to understand how the business works. He not only had a first-hand look at the business but also came across the nuances of running a business. He was there for 6 months, and once the business operations got stable, he eventually realized that it was the time for him to go back and start something of his own. That’s when he came back to Bangalore.

Some time in mid-2015, he decided to get into entrepreneurship mode. He never wanted to be an entrepreneur. But, it was his personal experiences and the necessity to address the problem at its roots that prompted him to take the plunge as an entrepreneur.

For first six months, he was very regular at IIM Bangalore NSRCEL event as which they used to organize for startups on the first Saturday of every month. These events were attended by various founders, VCs, related stakeholders from the startups. Back then, the startup culture had started to gain momentum during mid of the 2010-2020 decade. Being an active participant, the continual process of interactions and open dialogue with the startup community around how startup gets build, what are the building blocks of startups and various other elements, helped him understand basics of startup. In 2015, Rajesh took his first step and approached NSRCEL with his pitch deck of “Highway Delite”, presenting the idea, what exactly he wanted to do and the pain points it solves. NSRCEL played an important role as their mentors did the hand holding in every possible way which was required for “Highway Delite” in its early-stage startup.

From the business risk perspective, Rajesh believed that the risk element is always there but the worst could be that you shut down your startup and you move on. Risks are part and parcel of business, and this was a risk worth taking.

Rajesh has decided to run this marathon, solo. In the back of his mind, he remembered the saying,“There’s a village which is required to raise a child”. He got the village in terms of the startup ecosystem in Bangalore. Initially, he had a very small team of 3 people including one tech guy, one data professional, and himself. During the early phase of his startup when he had the seat in NSRCEL, there were already close to 10 different startups working in different areas. So whenever he needed any support, advice, or assistance, he used the network of the founders available at NSRCEL. Later on, he moved to the NASSCOM startup warehouse, and thereafter he moved to Mobile10X incubator. The network of founders and those in startups grew and so was his access to those who could advise him.

Connect with NSRCEL, NASSCOM and Mobile 10X helped him in many ways. Perhaps making it redundant to have his own set of founders whom he can go and talk, to discuss and brainstorm. Though he always felt the need for a co-founder but mainly to scale the operations and build on the technology; but never felt the need for a co-founder to discuss the ideas.

Highway Delite has been focussed on verifying highway services. The team visits various outlets that claims to offer facilities. For instance, some of the restaurants claim to be AC restaurants but when you go and sit, there is no AC inside. They say washrooms are available separately for both men and women, but again when you go inside, you’re able to find only one washroom, that too in a temporary shed.

In a country like India where we have 800+ million tourist annually, it’s a huge number of people who are traveling across India’s length and breadth of the country.

The team at Highway Delite has builtin a very granular approach towards highway information in the last 4-5 years. They have built three different layers on the technology side-data a collection layer, a customer layer, and a merchant layer. When it comes to the scaling part, they have also pilot-tested various ideas that would work. Having said this, they have worked on aggregating the information on highways and showing it to customers, and a pilot of food order with a few restaurants with QR code order or a pre-order. So for both these instances, they have done a pilot testing and are ready to implement at a scale basis across India.

The startup also received grant funding from Karnataka Tourism Department and also later on from Bharat Petroleum. With BPCL, they have also been doing certain internal projects of mutual interest and had few learnings around it. For instance, they have worked on an application wherein they can showcase all their retail outlets on a map interface and another application for truck drivers for BPCL. Going forward Highway Delite will also try to see if they can play a role in the truck driver’s side of it rather than pure logistics but on meeting the expectations of truck drivers on highways and trying to make it more streamline and safe for the overall journey, and the consignment. For the last 4-5 years, the team is dedicatedly
working towards it so that they would be able to start catering to the needs of truck drivers on highways very soon.

Highway Delite has not raised any VC funding yet but now are in the process of fundraising. Moving ahead, the team is optimistic that it is the right time to scale up the operations in terms of building business partnerships and taking this really out to the market. It will be introduced by bringing digitization of highways, in terms of listing out the outlets of verified places, enabling them to accept the digital payments and food orders, connecting this information back to the Auto OEMs through APIs inside the car infotainment.

Highway Delite is working with GPS players in India, enabling their highway technician network to be used for the installation and repair of GPS devices with the trucks on the highways, thereby connecting the physical asset to the physical vehicles. It is leveraging the partnership model wherein it leaves it to the fleet owners or the truck drivers
to decide which GPS devices they want and somehow act as an affiliate to that. It makes sure that they get into this connected ecosystem of vehicles with telematics.

Going forward, the startup will focus on how to digitalize the transaction part and breakdown services. The team is working with MG Motor India which recently signed up six more start-ups including Highway Delite for its ongoing MG Developer Program & Grant. So the startup is strengthening business ties with OEMs and telematics service providers to provide 24*7 roadside assistance and connected services on a real-time basis. Rajesh sees highway platform as a huge area that every piece of it is a business in itself, be it hospitality services, emergency assistance, or breakdown services. 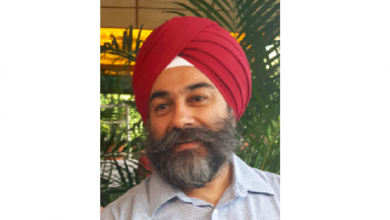 The future of transportation will be all about connectivity, safety, efficiency… 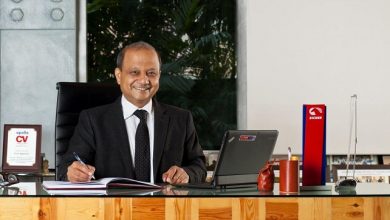 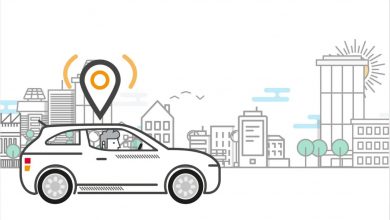 Telematics is a paradigm shift for insurers and consumers alike