Increasing internet connectivity, disruptive business models, and demand for autonomous devices,that automate decision making have become drivers of smart city developments. Environmental health and policy-making represent convergent points that will shape the near-term development of smart cities.It is common to look at the potential implications that a single technology can have on our communities, however, it is the convergence of technologies at the right time in consumer adoption that has the greatest impact. For example, the internet, smartphones and broadband connectivity met at the convergence point of consumers demanding mobile services. This convergence point redefined how we communicate and interact more than any individual technology did by itself.

I first came to think about when discovering the SixSense technology in 2009, a gesture-based wearable computer system developed by Pranav Mistry, now SVP at Samsung. Moreover, for three years I have built and run a mobile startup, called Roadi, focused on helping drivers navigate for parking in a smart city. My teams work, experience and conversation has convinced me of the need to better conceptualize the frameworks that will shape smart cities, and why.

The infrastructure framework can be represented well by systems such as low emission zones. Having successful low emission initiatives is made possible by having the right infrastructure that can detect data such as air quality or traffic congestion patterns.

Another good example of smart infrastructure is having a network that supports an electric vehicle infrastructure. This is critical as autonomous, decision making, devices will likely be electrical powered.

Applications framework relates to the variety of Iot and machine learning devices that will carry out the services that will be available in a smart city.I will provide some statistics of the Iot market as it represents much of the applications market. The other elements are software that will interface with the consumer and the server clients. The application framework is what the consumer and citizen will experience and interact with in the form of products and in some cases services.

Internet of things relates to machine to machine communication, where the user no longer needs to make a series of decisions in selecting from a variety of choices, in their day to day activity. Also, decision-making applications provide a mechanism for making and enforce policy decisions.

Since many of the decisions and associated tasks humans make day to day can be automated or remotely managed, much of the associated waste can also be reduced. Think for example the progression of technology used to make the first maps, then software applications created maps, now we want our devices to not only present us with the best, waste reducing,route but to also make the route decision and carry out all the associated tasks. At each level we were reducing the distance between a person deciding and acting, and subsequently, reduce the waste associated with human inefficiency.

Low emission zones present a use case where Iot connects the infrastructure and application frameworks. The sensors in street lights, for example, can sense a vehicle entering a LEZ and send a signal to reduce the vehicles speed or take other action to manage the vehicle’s impact on air quality. Remote sensing devices have shown to be able to enforce LEZ emission zones through trials in cities such as London.

Other ways that cities are adopting health-focused frameworks is with electrical vehicle (EV) infrastructure. States in U.S. now are providing incentives for businesses that support the development of EV networks. and other smart transit solutions such transit hubs, where EV ports are installs, Maryland EV highlights transit hub case studies.

The convergent point of public health will produce opportunities that relate the key factors of a sustainable city, as described by Salem Press Encyclopedia as: air quality, clean water, energy use, biodiversity, food and agriculture, waste.

India is a leader in the development of smart cities. with a large population and the migration into cities, citizens are in more demand of scare resources. Also, the size of the population in cities poses environmental challenges. In India, you can find more interest in the infrastructure development and whole IoT systems, in contrast to interest in standalone applications. Findings of Students from Amrita School of Engineer in a paper showed that urbanization and population growth has led to higher demand for resources like water which are of scarce.” (VIJAI,2016)

The health of some cities are linked to the level of waste produced by freight movements, therefore better decision making through automation is being explored by business owners and public officials.

Findings by the U.S. dept of transportation found and impact on public heath could be made by, “improving the reliability of freight by installing signals that prioritize truck movement along freight corridors. Providing truckers with real-time information on parking availability and truck routes.  Demonstrating the potential for automated and connected freight vehicles to make freight movements safer and more efficient.”

Public policy convergence comes from the need to help us make better decisions. The goal of which is to reduce future negative environmental impact, improved mobility of people and the economy. Applications are produced for consumers because of policy changes. On the other hand, disruptive technologies can influence policy making. The recent case of ridesharing apps and their effect on infrastructure and policy decisions.

Low emissions zone (LEZ) at the application level will bring opportunities and inventions from new vendors who provide the products and services to the citizens and public agencies. Alternatively, consumer demand for a product will greatly influence the policy-making of officials. The increasing numbers of autonomous devices built for optimization, on the micro and macro scale, will press policy makers with the question, What to optimize for.

The International Society for Photogrammetry and Remote Sensing (ISPRS) states, “The holy grail of smart cities is an integrated, sustainable approach to improve the ef?ciency of the city’s operations and the quality of life of citizens.” – (ISPRS, 2017). Disruptive technologies will cause policy makers to make decisions about policies surrounding technologies used in public spaces either physical or digital. At Roadi have also helped design software that can detect freight vehicles entering low emission zones.

Applications that will have the most impact will come from artificial intelligence; electric vehicles; autonomous vehicles; mobile applications; drones; wearable and smart devices. Each one and their integration will pose a challenge for policy makers. They provide many opportunities for optimization and better decision making, but the continued advancement poses a challenge for policy makes to ensure the citizens best interests are accounted for while still enjoying the benefits of the advancements in technology.

Consumer engagement, and consumer adoption are a critical factor in the policy decision. this breeds incentive for business owners to deliver compelling consumer goods. The authors of a research paper focused on consumer response to smart grids, found that, “they (consumers) displayed an interest in playing a much more informed and active role in energy decision-making,” regarding smart grids the research concludes that, “More policy attention is needed on demand-side measures, introducing institutional and regulatory changes, and modifying relationships between consumers, the government and utilities.”

Companies like Roadi which provide wayfinding technology for real time parking availability focus on the user experience of finding parking nearby their current location. Giving more attention to the user experience in public policy framework is more important than is a public health convergence or infrastructure framework. This is so because policy makers will be limited in implementing new smart city focused initiative if consumers do not adopt the associated technologies helps to increase the adoption of smart city applications.

The report from one smart city workshop observed“Team members agreed that the goal of applying smart cities technology is to significantly improve the quality of life for residents.”

Bringing the concepts together

Intelligent Transport Systems (ITS) – (PR) an example of an infrastructure level framework that touches both public health and public policy and creates opportunities on the application level for vendors and consumers.

Smart cities answer the question of what to optimize for, by optimizing for the environmental and economic health of the citizens. Public policy convergences want to improve transportation, economic mobility, and safety. A city optimizing for public health will apply technology more aggressively and seek system level tools that will support an infrastructure which can reduce the causes of poor public health. Intelligent transport systems being such an example.

An application level framework will likely be focus on the convergence of public policy needs. here policy makers will implement department-specific technology rather than whole infrastructure specific systems.

Regardless of which framework is adopted in the long run most cities will arrive at the same destination of have a deeply integrated and autonomous city. 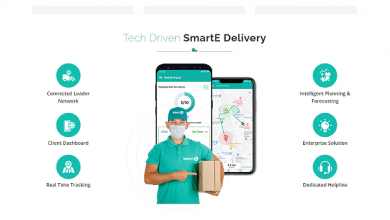 Unleashing the new era of smart fleet management with IoT 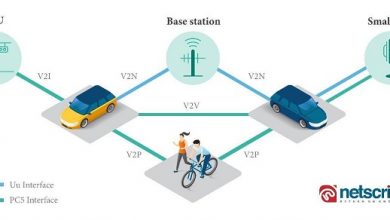 Innovation and technology are driving the future of personal mobility