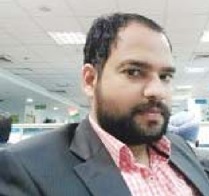 There is certainly a palpable excitement around infotainment and connectivity in the Indian automotive industry with an unmistakable presence of touchscreen audio or even audio, video, navigation (AVN) systems in nearly all newly introduced vehicles. While most infotainment systems over basic phone pairing features like SMS readouts and phonebook viewing as well as GPS-based navigation, some also o?er smartphone-integration platforms like MirrorLink and CarPlay.
Analysis of the main production models showcased specifically for the local market, from an infotainment/connectivity perspective:
In-vehicle infotainment begins to spread…
Maruti Suzuki, the undisputed leader of India’s passenger vehicle market (with a 47% share), and Tata Motors, the leader in the commercial vehicle market, are the two most proactive players when it comes to introducing infotainment technologies to their cars. If the Maruti Suzuki Baleno introduced CarPlay to India in 2015, another Maruti Suzuki vehicle, the Ciaz sedan, marked the debut of MirrorLink, back in 2014. Maruti Suzuki has been liberal in expanding the rollout of its SmartPlay infotainment technology, which it co-developed with Bosch. Tata Motors, which has long been struggling in India’s passenger car market, launched in early 2015 the Bolt hatchback, arguably is the first vehicle in India’s entry-level car market to o?er factory-fitted infotainment in any form. The Bolt, obviously, proved to be a pre-cursor to the new breed of Tata vehicles with all of them incorporating iterations of its infotainment system developed by Harman.
Mahindra & Mahindra, meanwhile, has already become the first Indian OEM to join the Open Automotive Alliance (OAA), a global alliance of automakers committed to bring the Android platform to cars. It plans to o?er Android Auto in flagship models such as the XUV 500 and Scorpio before extending the technology to all future platforms.
…but is it influencing buying decision yet?
The trend certainly strengthens the belief that Indian consumers do not mind a touchscreen-based entertainment system in their otherwise bland car dash-boards but are these influencing buying decisions? To answer this, we decided to analyze sales of the Maruti Suzuki Baleno, which marked the debut of Apple CarPlay in India. According to Mohit Prabhakar, manager of a Maruti Suzuki NEXA outlet in New Delhi’s Dwarka area, over 70% of Baleno bookings since the car’s launch last October have been for the Delta variant, the one without touchscreen infotainment. However, interestingly, the remaining 30% of the bookings were indeed for the top Alphavariant, which o?ers touchscreen navigation and Siri voice control among other features over the Delta trim. It is difficult to perceive what persuaded buyers to go for the Alpha trim–the touch- screen infotainment with navigation and CarPlay, or simply other attractions like 16’’ alloy wheels, LED daytime running lights, a decent spattering of chrome, or something else.

Toyota Connect launch
Recently Toyota launched its cloud- based telematics services for India under the brand name of Toyota Connect. Toyota Connect is supported by a new dedicated premium call centre and also integrated with Toyota’s dealer network and service providers. Toyota car owners will be able to access Toyota Connect through a smartphone application. Services will commence from mid-2016. Toyota Connect o?ers a host of services like 24×7 Assisted Navigation and Live Traffic Information, 24×7 GPS Location based Road Side Assistance, Online Maintenance Appointment Booking, Live Check of Service Progress, e-Payment, etc.
Bosch’s iTraMS
Bosch presented what it calls the Intelligent Transport Management System (iTraMS) at the Bosch Technology Exposition. It is a comprehensive connectivity platform solution that can reduce a vehicle’s fuel consumption, foresee when maintenance is needed, and display everything on the car owner’s smartphone. Its features include tracking of vehicle location, condition monitoring, and performance analysis. The flexible solution works in passenger cars, commercial vehicles, o?-highway vehicles and is available for newly produced cars as well as a retrofit solution. The key benefits of this platform also include fleet management, essential and emergency services, o?-road applications, and intelligent transport solutions as part of smart-city solutions.
IHS Automotive’s Perspective
IHS Automotive has a fairly optimistic view on spread of automotive interface technologies in the Indian market until 2021, with the number of vehicles featuring any form of center stack display expected to breach the million-unit mark in 2020. Sales of total infotainment systems in India are expected to grow at a CAGR of 7.1%, from 2014 to 2021.
Driver assistance/safety gaining relevance
While active safety and advanced driver-assistance systems (ADAS) have largely been confined to high-end cars in India, automakers are slowly but surely making basic traction and stability control systems like Anti-lock Braking System (ABS) and Electronic Brake force Distribution (EBD) more mainstream. Most automakers looked committed to bring at least the basic passive safety systems to the buyer, like passenger and/or co-passenger airbags. While these basic safety features were not available to car buyers not so long ago, they have now become standard or optional fitment in most newly introduced cars. Two particular technologies are being seen – Cruise Control and Hill-Start Assist – both having potentially widespread applications in India. The Maruti-Suzuki Vitara Brezza and the Volkswagen Ameo are the first industry products in the subcompact (sub-four-meter) vehicle segment to offer Cruise Control. It is only a matter of time when the mass market vehicles in India will have their first active safety or driver-assistance systems. Some ADAS technologies have high relevance in the traffic scenario in India, which has the dubious distinction of having the maximum number of annual road fatalities in the world. Although infrastructural bottlenecks will prevent some technologies to gain traction, some like Automatic High Beam/Adaptive Head lamps, Blind Spot Monitor/Lane Change Assist and Rear Cross-Traffic Alertare fairly relevant in the Indian context.
Conclusion
One cannot deny that the Indian automotive market is in relatively early stages of adoption of in-car technologies, and its proliferating faster than predicted. The automotive industry in India is witnessing a new wave of technological revolution, which is boosting the idea of connected cars. As the car buyers get ever-more addicted to their smartphones, spread of internet accessibility becomes imminent to bring an array of real-time services to the car. Consumer awareness about connectivity in cars is rising quickly and the current government is focused on promoting digitization – both potentially crucial factors in the spread of in-car infotainment and connectivity technologies. India’s connected car ecosystem, however, needs more time to evolve into a robust convergence of players, including automotive OEMs, telecom operators, solution providers, software vendors and service industries such as insurance. 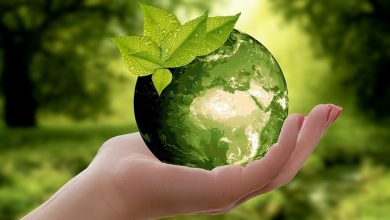