The car infotainment systems are becoming mainstream and the developments in the mobile consumer electronics industry have had profound effects on the same. As a matter of fact, customers want to have the same experience in their car while driving as they have with their smartphones and table. However, merely replicating the smartphone UI onto your cash dashboard is not the solution. Designing a car’s UI has much to do with the intuitiveness and therefore must take into account the factors that promote the ‘context-awareness’ while reducing any distraction for drivers. 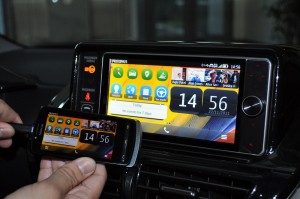 This is where the role of MirrorLink becomes crucial. MirrorLink™ (erstwhile Terminal Mode) solves this problem by offering seamless connectivity between a smartphone and the car infotainment system. Drivers just connect the phone with a cable and immediately gain access to phone applications via the car’s navigation screen and dashboard/steering-wheel buttons. It utilizes a set of well-established, non-proprietary technologies such as IP, USB, Wi-Fi, Bluetooth, Real-Time Protocol (RTP, for audio) and Universal Plug and Play (UPnP) while Virtual Network Computing(VNC) being the baseline protocol.

MirrorLink is the official standard for certifying apps and devices that are both safe and useful for drivers which is originally developed by the US-based Car Connectivity Consortium(CCC).  CCC is a joint effort by car manufacturers and phone makers  aimed at developing open standards to define operations of smartphones linked to cars.  As of now it has over 75 members with the leading automakers like GM, PSA Peugeot Citroen, Mercedes Benz, Hyundai, Toyota, Volkswagen as its charter members.

In an exclusive discussion with Telematics Wire, Dr. Jorg Brakensiek, Principle Architect at Microsoft and the original inventor of MirrorLink says, “MirrorLink provides a solution that brings together car makers, smartphone vendors and app developers, independent of a specific operating system or hardware platform, allowing for a true global standardization of in-car connectivity. This allows us to fulfill our main vision – enabling consumers to participate in the innovation cycles of the mobile app ecosystem without sacrificing ease of connectivity while driving.”

Telematics India 2014, over a period of few months, has established well in terms of speakers, delegates and participating organizations. The scope of this conference trenches across the entire length and breadth of the automotive industry which is evident from the kind of support it has recieved from the automotive companies. The leading automaker in India like Volkswagen, Volvo, Mahindra, Mercedes Benz, JCB, Maruti Suzuki, Tata Motors have already confirmed their presence. Besides automotive, various automotive interior companies like Visteon, Bosch and Harman are also supporting the conference.The conference will have focussed discussions on In-car Infotainment and App Ecosystem. We sincerely believe that MirrorLink(CCC) participating in the conference would be of huge significance to the app developers and automotive software companies in India. It will also extend numerous opprtunities for the companies to collaborate with CCC to develop Indian-centric infotainment solutions.

For more information about the conference, please click here.

We look forward to meeting you at Telematics India 2014. 🙂 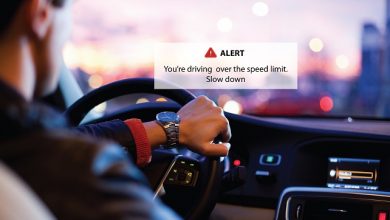 Everything you need to know about Intelligent Speed Adaptation Systems

A for Apple, B for Boasting, C for Car ( Excuse the pun!) 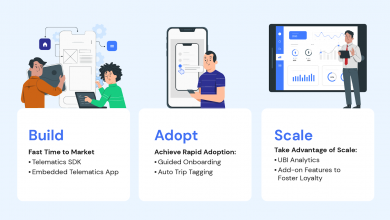