The new standards, which will come into force in six months from the day of announcement, were developed based on multiple research projects commissioned by MOLIT regarding the technologies for safety evaluation in general situation and control takeover for Automated vehicles and ongoing discussions on automated vehicle safety standards at the World Forum for Harmonization of Vehicle Regulations (UN/ECE/WP.29) which sets the international framework for vehicle safety regulations. In the process of making the new standards, MOLIT listened to and reflected opinions of diverse stakeholders including both domestic and foreign car manufacturers.

With the newly introduced safety standards, the Level 3 automated driving system can provide lane keeping functions that allow drivers to disengage from driving for extended periods of time. This is an upgrade from Level 2 Automated vehicles which give warning signals to the driver when his/her hands are off the wheel even while the Automated Lane Keeping Systems (ALKS) are on. The new standards allow car manufacturers to produce and sell Level 3 Automated vehicles and ensure safety for consumers.

The new standards define the maximum speed of ALKS depending on the detection range of the system and minimum distance to the vehicle on front in the same lane per speed level. In case of a planned event like an exit from a highway, a transition demand shall be given in 15 seconds before the event occurs. In case of an unplanned event such as road construction, a transition demand shall be given upon detection.

According to the standards, automated driving system should be able to safely bring the vehicle to a standstill during the Minimum Risk Maneuver, a procedure aimed at minimizing risks in traffic, which is automatically performed by the system if the driver does not respond to a transition demand. When the automated driving system makes a take-over request but the driver does not respond to the demand within 10 seconds, ALKS secures safety by slowing down inside the lane.

In case of a sudden unplanned event in which the vehicle is at imminent risk of a collision and in case of insufficient lead time for transition of control back to the driver, emergency maneuver should be performed by the system with the purpose of avoiding or mitigating a collision.

The vehicles are required to have fall back plans such as redundancy of the system to ensure the safety of the vehicles – even if the system fails. The new standards do not include the automated lane changing system that detects the surrounding environment and determines whether to change the lane. The standards will be updated later in line with the international regulatory framework when lane changing and other technologies are advanced enough.

In addition to the new standards, MOLIT is going to step up its effort to revamp transport systems and policies for the era of automated driving such as designating pilot operation areas for automated vehicles and building infrastructure.

– Automated driving can be activated and deactivated only upon a deliberate action by the driver such as a single input exceeding a certain threshold of time, a double press, or two separate but simultaneous inputs.

– The system shall become active only when the system is in normal condition, ready for transition of control, and when the vehicle is on roads where pedestrians and cyclists are prohibited.

– While a Level 3 automated vehicle is not at a standstill, the system shall adapt the speed to adjust the distance to the vehicle in front on the same lane to be equal or greater than the minimum following distance.

– The system shall continuously monitor the driver to detect whether the driver is available to take over the driving task upon transition demand.

– Criteria for deeming driver availability include: input to vehicle control system in the previous 30 seconds, intentional head and body movement, and no eye closure in the past 4 seconds.

– As soon as the system detects inability of the driver, the system shall provide a distinctive warning until appropriate actions of the driver are detected or until a transition demand is initiated.

– The system may reduce the speed of the vehicle to ensure safe operation but shall not bring it to a standstill unless required by the situation, for example, vehicles or obstacles obstructing the path of the vehicle. Hazard warning lights shall be turned on to warn other road users.

– In case the driver controls the steering wheel or pedal, or the minimum risk maneuver is initiated, transition demand shall be terminated immediately.

– The vehicle shall be slowed down inside the lane and hazard warning lights shall be turned on to warn other road users of the situation, minimizing the risk of collision.

– During the minimum risk maneuver, the operation system shall slow down the vehicle, and if the driver does not respond, bring the vehicle to a standstill. In case ALKS is capable of performing a lane change maneuver, the vehicle may change lane including the hard shoulder to reduce the risk of collision.

– In case of a sudden unplanned event in which the vehicle is at imminent risk of a collision and in case of insufficient lead time for transition of control back to the driver, an emergency maneuver is performed by the system with the purpose of avoiding or mitigating a collision.

– An emergency maneuver shall be terminated as soon as the collision risk disappears or in case of a system override by the driver. 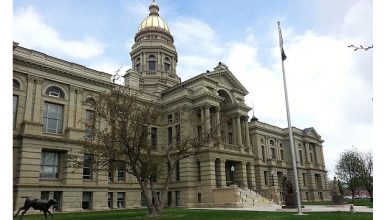 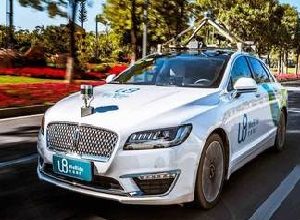 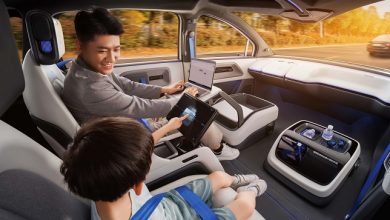