For automakers, being able to offer data-driven insurance at the point of sale will enable them to broaden their portfolios of financial services and reposition themselves along the insurance value chain.

For the automotive industry, relatively little has changed over the past three decades – until now. New driver assistance technologies and connected services are ushering in a new world of motoring in which the driver hands over greater responsibility for their driving decisions to the vehicle.

With the World Health Organization (WHO) estimating that road traffic accidents kill 1.2 million people every year and cost economies 1%-3% of their gross national product, the role of insurance is hard to ignore. And, for both insurers and automakers, the upheaval in the automotive industry presents both challenges and opportunities.
Technologies which drive changes in motor vehicle safety and impact both loss frequency and severity will have an increasing impact. HERE and Swiss Re’s recent research found that within a six-year period over $20 billion would be trimmed from annual premiums as a result of increased road safety enabled by automated car technology.
Car Connectivity
Even though cars have turned into complex computing environments, for the most part, they remain unconnected. But car manufacturers are now racing to equip their vehicles with connectivity options.
Car connectivity provided by mobile phones, allows for basic connected services such as real-time navigation or usage-based insurance. However, because of its dependency on an external/third-party device, the number of value-added services enabled by tethered connectivity, is limited. With embedded connectivity, connectivity enabled by a receiver unit built into the vehicle itself, it becomes possible for the vehicle to transmit data generated by its on-board sensors to the cloud, enabling more sophisticated connected services, such as live contextual data from that enhances Advanced Driver Assistance Systems (ADAS) functionality.
We expect that by 2020, more than two-thirds of cars sold worldwide will have some form of connectivity. The adoption of hybrid telematics solutions will grow the fastest, with a compound annual growth rate of about 88%. By 2020, approximately 260 million connected cars will be on the roads worldwide. Since modern upscale cars are equipped with dozens of sophisticated sensors, there are vast streams of driver data that could be aggregated, processed, analyzed and harnessed for different purposes.
ADAS
Compared to older counterparts, modern cars are not only connected but also smart. One of the technologies underpinning this trend is ADAS – designed to automate and adapt vehicle systems, while increasing road safety. The most common ADAS are currently focused on collision avoidance, such as forward collision warning and blind spot information, as well as driver aids, such as park assist, adaptive cruise control and automatic high beam control. Car connectivity is expected to further enhance ADAS by enabling the delivery of real-time data to the driver. This has become known in the industry as ‘connected ADAS’, and is regarded as a key step on the path to fully automated driving.
According to IHS, the number of ADAS units produced in 2020 is expected to reach an average of 1.7 ADAS per car. Unsurprisingly, consumer interest is growing. A 2015 consumer study which Strategy Analytics conducted revealed that in Europe, the U.S. and China the overall interest in ADAS features as well as the willingness to pay for them has risen significantly.

However, the willingness to pay for highly automated driving features remains relatively low, perhaps where consumers are unfamiliar with the technology and are reluctant to give vehicles control of their lives. We believe this will change as the awareness of ADAS benefits grows.
Our study analyzed each accident category and the potential impact of selected ADAS features on the frequency of accidents in these categories. Assuming that they are fully utilized at all possible times the research found Basic ADAS would reduce accidents on motorways by 16.3% and by 11.6% on other roads, Sophisticated ADAS would reduce accidents on motorways by 25.7% and on other roads by 27.5% and Advanced ADAS would reduce accidents on motorways by 45.4% and on other roads by 27.5%. Showing a clear benefit from all levels of ADAS functionality – the potential to cut motorway accidents nearly by half.
Insurers must take strategic decisions now about how to thrive in an era of data-driven insurance. Delays in adapting business models may leave key players vulnerable to competition from new entrants from both the automotive and adjacent industries such as software-centric companies which have been honing their capabilities in big data processing and analytics. Especially as the levels of data analytics understanding and insight are only going to grow. By utilizing a combination of different datasets, insurers will be able to find previously hidden or non-obvious patterns and insights, entering the realm of context-aware Vehicle Behavior Analytics (VBA).
VBA will enable the evaluation of individual driving behavior in the context of other drivers. For example, as a provider of navigation and traffic services, HERE every day collects data from billions of probe data points from large populations of vehicles, which it then processes on its map. The result is a large database of data points precisely assigned to different roadways, enabling HERE to understand how the population drives on almost any road. Using this information, a given driver’s data can be matched to the same roadway sections and normalized against this population model to create a ‘driver score’ for each roadway section.
When seeking the context for a vehicle’s behavior, insurers can examine what traffic conditions were like on the road at a point in time, to understand the context in which a driver was traveling. For instance, a driver may have been traveling at 60 Kmh in a 50 Kmh zone, but if the majority of the traffic around him or her was also moving at the same speed this driver might have been behaving in the most responsible manner. Similarly, by fusing data on driver behavior with weather data, it could be determined that, while a driver was driving within the speed limit, his speed was inappropriate given heavy rain had reduced visibility and increased the risk of his tires slipping.
Insurers can also utilize databases of driver behavior to offer a data-driven policy without having access to data specifically taken from the customer’s car. Using its database of vehicle accident data, HERE is also able to allocate a ‘safety score’ to a roadway to reflect the estimated likelihood of an accident per given number of vehicles. With this, an insurer can identify roadways where accidents are more likely than average – data that can then be used to better assess the risk of a driver’s typical routes.
As more vehicles get connected, there are more opportunities for insurers and automakers to analyze individual driving behavior in the context of other drivers and other data not just retroactively, but in near real-time. Car connectivity enables them to establish regular touch points with drivers by using VBA as an early warning alert system that can also better predict new risks.
For automakers, being able to offer data-driven insurance at the point of sale will enable them to broaden their portfolios of financial services and reposition themselves along the insurance value chain. Managing UBI subscriptions will enable them to keep in touch with customers, while drivers’ positive experiences will affect the consumer preference towards a particular car brand. Plus, direct access to customers and their cars would create huge databases for delivering personalized recommendations.
Motor insurance is on the cusp of a transformation as new technologies pave the way to safer roads and enable insurers to pursue data-driven business models. Going forward, embedding new technologies will become key for insurers to prosper amid a host of changes. Clearly, UBI and, increasingly, VBA will provide opportunities for insurers, whatever they may look like, to harness the power of driver data to offer more personalized, customer-centric products. At the same time, the industry must also prepare for a world where vehicle ownership is becoming less important for some. With a myriad of changing mobility options becoming available, players must consider how they will insure someone not just for use of a vehicle but for all risks associated with their mobility. 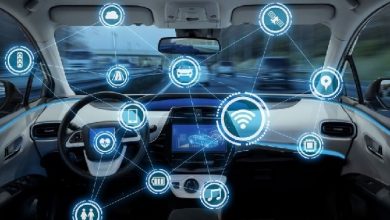 Connected Vehicle Data is Driving the Future of Auto Industry