In the past decade, the global automotive industry seems to have grown by leaps and bounds. The industry has witnessed a signiﬁcant rise in production and sales in recent years chieﬂy owing to an increased demand in emerging markets. If one is to survey the scenario in terms of volume, the industry is expected to reach 1,13,366 units by 2024. In a culture of such tremendous growth, it is not surprising for automotive technology to grow in equal proportions.

Technology is most certainly the way forward for any industry but as they say, it is still magic even when you know how it is done. What, then, is automotive simulation and how exactly does it work? Let us explore.

In the past, Original Equipment Manufacturers or OEMs used to adopt a lengthy and rather cumbersome process of prototyping. This was done primarily to develop newer models of vehicles. However, the times have changed and processes must follow suit. Automotive Simulations allows the OEM to develop prototypes quicker and in a much more cost-eﬃcient manner by taking recourse of a digital twin approach. Time saved is money gained and automotive simulation techniques help achieve the goal quicker. In today’s day and age, automotive simulation and testing play a very important role in the process of developing cars, buses, two-wheelers, trucks, three-wheelers and other such vehicles.

As larger investments are being made in the development of advanced vehicle technology such as smart electronics and safety control sofiware, the popularity of automotive simulation is constantly on the rise. With this rise, we notice a parallel rise in attempts at improving fuel eﬃciency and a reduction in vehicle emissions. As the world edges towards growth and development, the automobile sector seeks to constantly reinvent itself through innovations and improvisations. A prominent path to achieving this goal is the re-engineering of components of a vehicular system. Areas of improvement include energy eﬃciency and the implementation of smarter control systems. These are done for the purpose of improving safety, eﬃciency as well as reliability. Several big companies around the globe today oﬀer smart sofiware solutions that provide detailed methodologies designed to fulﬁll every requirement of modern day vehicular systems.

Automotive Simulation serves the bi-fold purposes of solving real-world real-time problems in a safe, effective and efficient manner as well as offering a critical analysis of easily verifiable observations. It is not only the automotive industry that benefits from the rise of simulation modelling. Several other businesses across various sectors are increasingly using simulation modeling to develop prototypes and test existing methodologies. Not only are simulation tests a more practical approach to solving real-world problems, they are a safe, effective and reliable method of getting quicker results that further enables engineers to conduct tests and seek developments based on previous simulation results. Every time one chances upon a complex system, simulation offers the easy answer via clear and rapid insights. Simulation Modelling has not only led to a more transparent and lucid development process but has also displayed the marvels of software and automotive engineering to the world.

The simulation may be conducted on vehicle applications of fluid, thermal, electromagnetic, electronic, semiconductor, software and fully integrated systems. This also paves the way for extensive virtual design exploration that enables us to ensure safety, quality and reliability from the first phase of design implementation. This particularly benefits manufacturers of sports and racing vehicles as one can implement early quality and reliability prediction methods and creative hybrid prototypes. Training in numerical and mathematical modelling therefore forms an integral part of automotive simulation and virtual testing. The software, in these cases, may be looked at as the brain of the vehicle and therefore the most important component. By replacing the human element in the system, it automatically reduces and in some cases perhaps even eliminates the risk of human error. Things are laid out scientifically, systematically and in a more precise manner.

Automotive simulation testing is a rapid and easy method of practically trying out possible combinatorics via virtual modelling. Such modelling takes the help of software and other technical systems. This brings us to the natural progression of questions: what are the elements or aspects that virtual testing can help us make design-based decisions about? Firstly, one can talk about Vehicle Decision Making. How does one define it? Vehicle Decision Making is nothing other than the process of constant decision-making by the driver in a complexity of flow of traffic. However, in the case of automatic vehicles, it is the software that must make the decisions and take the call on what is to be done next. The reaction comes directly from the brain of the car (which is the software set in place via algorithms) thereby eliminating the chances of human error. In a sense, one relies on predictable mathematics rather than unpredictable human thought patterns. Another aspect highlighted by the automotive testing phase is powertrain development. As the terrain changes, especially in countries such as India and the United States, one requires certain adjustments in human driving patterns. For example, driving speed may differ from driving smoothly on a highway and then suddenly approaching the city as fear of hitting passersby and causing accidents will be higher. Such a scenario is not unheard of in countries like India where cows would suddenly be found roaming on an otherwise busy road. In such cases, it is not difficult for a software to simulate probabilities and possibilities that may revolve around increase and reduction in speeds or even the vehicle suddenly coming to a halt. In a car of such format, one would require a highly efficient engine. Such simulations are not only recommended but mandatory for complex combustion engines and even electrical hybrid varieties. As visual designers would be required to optimize the use of its two power sources, simulation testing in a highly controlled environment would enable this quite easily.

To put it quite briefly, automotive simulation lends an angle of optimisation to the entire process of product development. Via this model, one can virtually test out for themselves real-world ramifications of virtually developed products intended to solve research-driven hypothetical complexities. Alongwith simulation, there are two other factors playing an optimal role in the testing phase: multiphysics modelling and virtual testing. These are effective tools for validating digital prototypes. But what are the benefits to such validation? To put it quite simply, the streamlining of design techniques, the decisions of chassis dynamics as well as system efficiencies and developments are accelerated and solidified through automotive simulations. Instead of having to consider each and every subsystem such as clutch, transmission, chassis or engine separately, engineers are now able to look at systems as a whole. By looking at the integrated solutions, engineers are quickly able to identify loopholes, complexities and systemic issues that may have otherwise been overlooked.

There is yet another benefit to automotive testing that remains to be discussed which is quality control. Alternatively referred to as quality management, this refers to the increasing usage of electronic systems and softwares in the development and production of automotives that are ably guided and aided by the simulation processes. Avoidance of hazards and risks that would otherwise need to be tested out at a cost of damage to resources, time, money, energy and even human life can be underlined as a major factor in the quality control, management and improvement process. This process is quite reminiscent of Gestaltism: a theory that believes that the whole is greater than the sum of its parts. Via automotive simulation and the subsequent virtual testing, engineers are now able to look at automotives from a fresher, more holistic perspective without the extra monetary cost, the physical hassle, waste of resources and most importantly, in less than half the time taken via previously outdated approaches. In a sense, automotive simulation and testing is the need of the hour and the road ahead. The world is increasingly relying on this well-designed and carefully-crafted system to ease operations and the product development process in general.

With the use of simulation testing, automotive engineers can now gaze upon a future bereft of unnecessary hassles. In a sense, they now seek to welcome future innovations once considered impossible at the drop of a hat at a fraction of the cost. We talk of a world that (thanks to Tesla) is now considering self-driving cars. This is truly one of those futuristic wonders that the world may not have been able to perceive a couple of decades earlier. However, human beings today do live in the world of the future: a world that is increasingly dependent on superior technology to further the advancement of the human race. As we progress towards building the future of our dreams, the need for rapid, safe and effective technology is also on the rise. Simulation is a wonderful way to integrate and control the electronics and mechatronics interactions and to take a wider look at the picture by looking at the system as a virtual engineering marvel with sufficient scope for optimisation and advancement.
For improved methodology and advanced technology solutions, you can take consultation from Blackbox GPS Technology. We work on future opportunities and explore the real world.

Rajesh Vaidya is a director of Blackbox GPS Technology Pvt Ltd. . Being a director of manufacturing GPS Tracking Device Company he has interest and skills developed in arts and writing. He is one of the passionate leaders with qualities like integrity, accountability, vision, influence, and positivity. BlackBox GPS Technology is a pioneer in India who had started Telematics Solutions in India.

Vehicle becomes a part of the Internet of Things (IoT)

Why so many IoT Projects fail even before proper take off ? 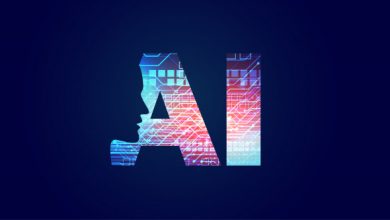 AI At The Edge 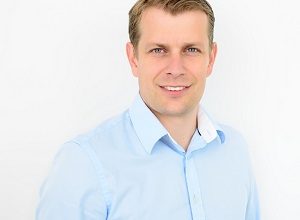 The Dawn of E-Power & challenges of electromobility for Car Makers