Cerence is collaborating with Daimler to further enhance Mercedes-Benz User Experience (MBUX) multimedia system. MBUX is one of the feature-rich infotainment systems on the market that provides an elegant, personalized and connected experience through Cerence solutions for Mercedes-Benz drivers and passengers worldwide.

As long-term partners, both companies share a mission for safety, productivity, and entertainment in the car and have created a natural, conversational experience that redefines how a car should feel, respond and learn on the go.

MBUX system has the ability to learn thanks to artificial intelligence, and can be individualised and adapts to suit the user. It thus aims to creates an emotional connection between the vehicle, driver and passengers. At the same time updates “over the air” are possible. It also heralds a new era at Mercedes me Connectivity.

Its further strengths include the high-resolution Widescreen Cockpit with touchscreen operation, navigation display with augmented reality technology plus intelligent voice control with natural speech recognition, which is activated with the keyword “Hey Mercedes”. MBUX first became available in 2018 in the A-Class before rolling out to additional car lines including the B-Class, GLE and GLC.

Cerence, which recently spun out of Nuance Communications as an independent automotive AI company, is known for its expertise in sophisticated AI, natural language understanding, voice biometrics, gesture and gaze technology and augmented reality. The company is involved in creating unique, moving experiences for the automotive world. It is an innovation partner to the world’s leading automakers, and powers AI in nearly 300 million cars on the road globally across more than 70 languages for nearly every major automaker in the world.

“MBUX remains one of the most revolutionary multimedia and infotainment systems on the market today and has been a significant step forward in the industry,” said Sanjay Dhawan, CEO, Cerence. “We are incredibly proud of our work with Daimler over the years as Nuance Automotive, and now as Cerence, we’re more committed than ever in helping Daimler extend its track record of innovations that redefine moving experiences for vehicles and transform the world of mobility.” 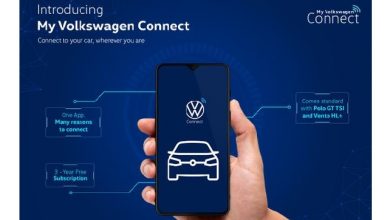