Motor Insurance segment in India has seen significant growth in the last decade fueled by increase in the private vehicle ownership in India across 2-wheeler and 4-wheeler segment. Along with the increase in vehicle ownership, gradual increase in insurance premium per vehicle and Third-Party Insurance becoming mandatory has led to an average CAGR of roughly 15% in overall Auto premiums over the last 10 years in India.

However, this vibrancy in the market has also resulted in a high intensity of competition in the space with roughly 25 Insurers vying for the same customer. These Insurers include the legacy Public Insurers who have been steadily losing market share to the aggressive Private Insurers whose count has increased in the last few years.

Pandemic induced lockdowns have resulted in reduced mobility and slower sales of new vehicles sales. These have impacted the Auto Insurance premiums in the short term and several Non-life Insurers have focused their attention on the Health Insurance segment of their business in this time.

Motor Insurance remains a large segment of the portfolio and with huge head room for long term growth, given the low vehicle ownership in India. Still the key challenges facing the Auto Insurance players include:

Connected Auto Insurance refers to the use of Telematics technologies to gather data from the Insured vehicle and offer innovative Insurance products and related services based on that. Most well-known product offering is known as Usage based Insurance (UBI), where the Insured is charged a premium based on how much and how safe he or she drives.

Globally, COVID-19 has led to increased adoption of Usage Based Insurance as people are driving less and would like to pay for insurance based on how much they drive.

That and other competitive factors are driving strong growth forecasts for established UBI markets in North America, Europe and introduction of UBI in several emerging UBI markets in Rest of the World.  In India, Insurance regulator has allowed certain Insurers to offer UBI related Insurance products as part of the regulatory sandbox regime. From our experience of offering Telematics in Indian market for several years to private vehicle owners and our discussions with several Auto Insurers, we believe that Usage Based Insurance and more broadly Connected Auto Insurance has huge potential in Indian scenario with benefits for both the vehicle owner and Insurers.

In this article, we outline the key factors that form the basis of our view.

We analyzed our telematics data from a pool of Indian car owners to see the variability in the Usage and Driving behavior. As shown in figures below, there is a wide variation in the weekly distance covered and the Safe driving scores. Safe driving score is score out of 100 that rates the driving behavior of a driver across key rash driving variables such as over-speeding, hard acceleration, sudden braking and fast cornering. A higher score indicates a safer driver.

Fundamentally, this data indicates a need to segment the Auto owners in India into different segments defined by their true risk profile and offer differently priced products.

Generally, a program that rewards safe drivers while coaching rash drivers is likely to have higher end user acceptance as compared to a program with a zero-sum approach of reducing premium of safe drivers at expense of unsafe drivers. Based on some of the global examples, we consider Reward as you drive type programs that reward safe drivers based on good driving behavior could be the right template for Indian market.

Telematics Insurance makes the driver aware of the areas of improvement and rewards safer driving. This leads to two effects: rash drivers improve driving and safer drivers move towards UBI programs to gain rewards. Both these effects have favorable impact on Loss ratios.

An interesting example of UBI product is the Switch Offering from Edelweiss General Insurance offered as part of the regulatory sandbox. Switch recognized the needs of a family segment owning two cars but usually using one of the two cars on a given day. Product allowed the insured to dynamically switch the coverage from one car to another based on daily usage and hence optimize the Insurance premium.

Using the telematics technologies, Insurers can detect crashes and offer emergency response services to the Insured such as an e-call on detection of a crash. At the same time, relevant crash related information can help streamline claims processing, weed out fraud and get upfront estimate for the repair estimates.

Information regarding miles driven and condition of the vehicle can be used to offer relevant and timely eco-system offerings such as car servicing, consumable top-ups and car cleaning.

Gamification and micro-rewards around safe driving behavior can help in engaging with vehicle owners in the App with weekly touchpoints, giving them a reason to keep the Insurer’s App on their phone. These games and rewards promote safe driving practices and thus reduce the overall risk of the book. Gradually, these build Insurer’s brand equity around care and increase retention.

Here, we foresee Smartphone based Telematics as the technology option for Connected Auto Insurance in India. Conventional programs have relied on Wired GPS or OBD dongle based solutions to gather driving data from vehicles. These continue to be used due to their reliability of capturing data directly from the vehicle of the insured and work without driver’s intervention. But these come at a cost of adoption and logistical friction that has prevented mass adoption.

With Smartphone App based Telematics, one is measuring the driving behaviour indirectly using the sensor and GPS data gathered from driver’s smartphone. With device out of the picture, the solution becomes instantly scalable, affordable and frictionless.

With advancement in sensor analytics and AI/ML technologies, the disadvantages of Smartphone Telematics in terms of loss of reliability of data have been largely addressed. One is able to accurately determine the driving behaviour irrespective of the orientation of the phone in the vehicle and also distinguish between driver’s own trips vs those undertaken as a passenger. In fact, Smartphone based telematics enables one to additionally measure Distracted Driving (use of phone while driving), which is growing risk parameter and cause of collisions on the road.

Smartphone based Telematics is also well suited for offering Connected Auto Insurance to the large base of two wheelers in India that are currently under-insured.

Newer cars come with factory fitted Telematics devices that OEMs use to offer Connected Car features to car owners.  As these numbers increase, we might see exchange of OEM’s telematics data across OEMs that Insurers can use and offer Usage Based Insurance products in collaboration with vehicle OEMs.

New age Digital Insurance brokers, such as Payment and other “Super Apps”, already have the digital engagement with hundreds of millions of vehicle owners. As regulatory environment permits, they are likely to offer Smartphone based Connected Insurance solutions underwritten by their partner Insurers.

Companies employing gig-economy workers such as ride hailing, food delivery and ecommerce/grocery delivery are increasingly going to be held responsible for the safety of their drivers/riders and covering for their accident Insurance. Connected Insurance Technologies can help them promote safe driving/riding practices and bargain for lower Insurance premiums based on their aggregated risk profile.

Based on the above driving factors, we remain sanguine about the growth prospects of the Connected Auto Insurance in India. Subject to enabling regulation support, we foresee Connected Insurance in India catching up with the rest of the world quite quickly over the next 5 years.

Kamal Aggarwal is Co-founder and CEO of SenSight Technologies, a startup working at the intersection of Automotive IoT and Big Data. AutoWiz, SenSight’s Connected Vehicle Data Analytics Platform, powers use cases for Car owners and players in the Automotive, Insurance and Shared Mobility domain. Kamal has 20+ years of experience in Strategy, Marketing and Product Management for high tech ventures. SenSight is Kamal’s third startup after MeraNet (Internet) and SoftJin (Semiconductor). Kamal has B.Tech. (Comp Science) from IIT Delhi and MBA from IIM Ahmedabad. 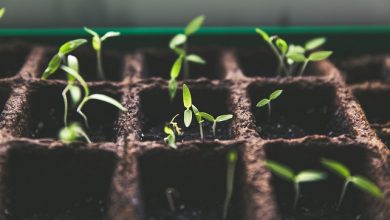 What if your data could speak?