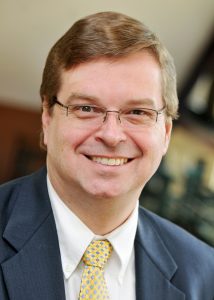 Henry Muyshondt, Senior Manager
Automotive Infotainment Systems Group, Microchip Technology Inc.
Back in November 2013, I participated in an EE Catalog roundtable titled “Automotive Ethernet: No Simple Answers” (see http://eecatalog.com/ethernet/2013/11/27/automotive-ethernet-no-simple-answers/). While the world has moved forward since then, many of the points made still remain today. The easier answers are not found just through Ethernet, by itself, but rather flow from the selection of the best technology for the given task. Wi-Fi® and LTE cellular communications are becoming more widespread, and provide the best route to talk to a world in motion. Ethernet and MOST® technology both run at hundreds of megabits per second, and are both appropriate for moving large amounts of information. CAN, the other widely used vehicle bus, is much lower speed, typically running at less than 1 Mbps, and perhaps 10 Mbps for the newest CAN FD just coming onto the market. Ethernet is the best solution to connect to the IT infrastructure, when the vehicle is parked or when communicating between disparate domains. MOST technology is more appropriate for continuously flowing data streams, such as audio or video connections. This article will examine the use cases for Ethernet and MOST technology, evaluating where each is best for automotive designs.
Within the vehicle, packet-based IP communication continues to be established as the preferred way to interconnect different domains. Higher-level protocols used for this type of communication are finding their way into various vehicle applications. Formerly proprietary solutions are being standardized through the IEEE. The standard for a single, twisted-pair 100 Mbps network is essentially a repackaging of the Broadcom BroadR-Reach technology that other semiconductor companies will be able to license, to develop their own ICs. It is now called 100BASE-T1, similar to the 100BASE-TX standard used for the more typical Ethernet applications seen in homes and offices. The T1 refers to a single, twisted-pair cable. The 1 Gbps technology is now called 1000BASE-T1. Interaction between typically independent systems, such as body and engine control, will benefit from a standardized communication network. MOST technology also includes a dedicated Ethernet Packet channel.
High-speed automotive networking is definitely converging to systems that are best suited for specific applications. The standard Ethernet physical layer (100BASE-TX) is being implemented in the OBD-II connectors of an increasing number of brands. It enables the car to quickly connect to the IT infrastructure of a vehicle service facility. Mechanisms intended for an unreliable communication link greatly benefit from how the vehicle talks to the outside world, whether through a wireless infrastructure or through a wired Ethernet connection. 100BASE-T1 is being considered by many carmakers for the vehicle backbone that connects various domains together, when information needs to flow from one domain to another. For example, it might be necessary to send engine information to another domain, such as the telecommunications domain, so that it can be transmitted to the factory or a traffic control center. Today, there is one vehicle that has implemented a camera network using Ethernet, and several that include Ethernet in the OBD-II diagnostic connector, with the diagnostic interface going into more vehicles over time. Other vehicle applications are in the works. AVB (now called TSN for Time Sensitive Networking, essentially AVB version 2) is used for professional audio applications, and may be used for in-vehicle applications where timing is important, such as audio and video streams. However, since the car is a closed environment, it may be enough to just use the IEEE1588 Precision Time Protocol (PTP) to distribute clocks, without having to go through all the extra mechanisms of the standards collectively labeled TSN. Different carmakers have varying opinions on just how much (if any) of AVB will be required.
Another system called MOST (Media Oriented Systems Transport – see www.mostcooperation.com) continues to grow in the marketplace. There are now more than 200 vehicles models on the road, employing over 200 million MOST devices. This technology is best suited for moving continuously flowing streams of information inside the vehicle. It reduces the processing load required of various processors, as it automatically routes information to appropriate interfaces, instead of expecting the host processor to examine every packet and break apart its payload, which is the case with Ethernet. MOST technology is especially effective when there is a known priority that all the data is flowing from a defined source to one or more defined sinks. It also has built-in features that allow for remote control of simple nodes, eliminating the need for programming and extra processing power at simple end devices.
Ethernet and MOST technology are the two highest-speed networks being implemented in the automotive industry. While they are often portrayed as adversaries, it turns out they can actually coexist and be deployed to carry out the tasks that they are best suited for. 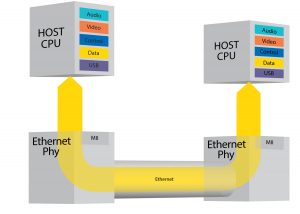 Figure 1 shows how data goes in and out of an Ethernet physical layer. The standard defines a Media Access Controller (MAC) that takes a data stream and serializes it onto the physical interconnection, whether that is a 100BASE-TX, 100BASE-T1, or any other of a variety of physical layers. What the data is does not matter to the standard. It is up to a processor running higher-layer protocols to decide the meaning of the data that it sees. This makes the hardware implementation simple. However, it pushes the complications of figuring out how to deal with the details of transmitting information to higher layers of software. Determinism and latency can be compromised, depending on system loads. The host processor has to take in each Ethernet frame. It has to unpack the frame, and take care of distributing the payload to the appropriate devices that will deal with it. This is not too burdensome for small bursts of traffic, typical of communication messages flowing between systems. The mechanisms are well understood, so no special skills need to be acquired. And, these systems are ubiquitous in data-processing systems.
Figure 1: The data flow of an Ethernet physical layer
Figure 1 shows a simple Media Independent Interface (MII), which is a standard way for Ethernet systems to access the Ethernet transceiver. There are a few variants of this MII that are not all supported in each processor, but they are largely standardized. Network control is performed through software stacks running in the host CPU, and the burden of routing the information is left to custom software stacks.
When data is flowing continuously in a stream, matters become more complex because the host processor now has to continuously respond to packets coming in. This can happen at rates up to 8 kHz. Each packet has to be unpacked, and the data eventually needs to be assembled into a continuous stream before it is sent, for example, to an analog-to-digital (A/D) converter in an audio amplifier; or, if multiple streams need to be mixed together, to a DSP. On the source side, the audio data needs to be packetized before it is transmitted. The cost of the transceiver is low, but additional processing power is required in the host processor, often resulting in the need for a higher performance, and therefore more costly, device.
For these types of applications, MOST technology offers a more streamlined interface. Instead of a simple serial transceiver, MOST technology uses Intelligent Network Interface Controllers (INICs). These devices have typical media interfaces built in, so they act as co-processors that unburden higher-level vehicle processors when all that is needed is to send, for example, an audio stream to the I2S port of an A/D or D/A converter. Figure 2 shows this concept. 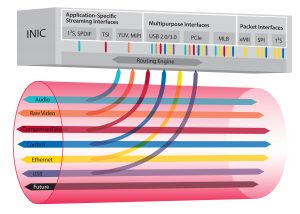 Figure 2: The data flow of a MOST® network
Using MOST technology, multipurpose interfaces can connect to all data channels. Within a MOST network, packet communications, with their attendant custom software stacks, can be limited to only the appropriate communication needs of the system. Data can be automatically routed not just between the processor and the network, but also to specific interfaces, without processor intervention for every single packet. A single physical layer is used to aggregate many different types of channels. This physical layer can be made of Plastic Optical Fiber (POF), Unshielded or Shielded Twisted-Pair (UTP or STP) wiring, coaxial cable, and other materials.
Within a MOST network frame, bandwidth is reserved for each channel or data stream that needs to be transmitted. The setup of the source and the sink devices takes place over a control channel, and, once completed, the data is automatically put into and removed from a specific location. There is no need for addressing overhead, and media streams can easily be sent to whatever device will render them. There’s no burden on a host processor. In fact, certain applications don’t require a processor at all. For example, a headphone amplifier in a rear seat can consist of just an INIC and a D/A converter with a power stage. All control can be done remotely. For those applications where packet data is needed at the same time as streaming data, the MOST150-standard network offers a dedicated MOST Ethernet Packet (MEP) channel, so integration in systems that use both Ethernet and MOST technology is simplified.
The easy answer is not to try to force fit one system for all uses. Instead, select the best tool for the job at hand, and create a system solution that results in the best cost and performance. This evaluation should take into account the trade-offs for the processing power needed, when computing the overall system cost.
Note: MOST is a registered trademark of Microchip Technology Incorporated in the U.S.A. and other countries. All other trademarks mentioned herein are the property of their respective companies.

AIPS on predictive models for UBI data:All Roads Do NOT Lead to Rome

When Cars go beyond driving