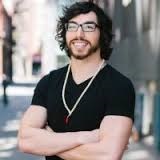 Brad Cordova is co-founder and Chief Technology Officer of TrueMotion
Last winter, the National Safety Council issued its report on traffic fatalities, and the data was shocking. 2014 saw the largest year-over-year percentage increase in 50 years. And then it happened again. In its most recent report, the National Safety Council said auto fatalities are “9 percent higher through the first six months of 2016 than in 2015, and 18 percent higher than the first six months of 2014.” This data shows the continued reversal of a nearly decade-long decline in highway deaths. More than 30,000 people are projected to die in 2016 as the result of car crashes.
The yellow line in the graph above tracks the trend line in traffic fatalities. As you can see, driving has become undeniably safer in the last 50 years. This is the result of improvements in vehicles, safety laws, broader awareness by drivers, better engineered roads and many other factors. Indeed, when you superimpose some of these factors over the map above, you can see how closely they track.

The yellow line in the graph above tracks the trend line in traffic fatalities. As you can see, driving has become undeniably safer in the last 50 years. This is the result of improvements in vehicles, safety laws, broader awareness by drivers, better engineered roads and many other factors. Indeed, when you superimpose some of these factors over the map above, you can see how closely they track.
Data source: National Highway Traffic Safety – Fatality Analysis Reporting System
So… what happened in around 2014? In one word, Smartphones. While cell phones had been popular for years, they were pretty much limited to calls. As such, they were less of a distraction than today’s multipurpose devices that offer a range of distractions. That all changed beginning around 2011, as the chart below shows.

Between 2011 and 2015, smartphone adoption by US consumers soared from 35 percent to nearly 70 percent. Tablet consumption was even more meteoric, going from 3 to 45 percent. In short, we’ve become a mobile-first country. Precisely because these devices are mobile, they go everywhere we do – including our car.
According to ComScore’s 2016 Mobile App report, total time spent on digital media has grown 53 percent, with smartphone usage representing almost 2 out of 3 digital media minutes. Mobile apps make up nearly 60 percent of total digital time spent. As you would expect, millennials lead the pack with consumption of smartphone apps, yet every age category has seen growth, including a 37 percent increase in use by 55-64 year olds.
Maybe it’s possible to excuse an executive checking to see if a contract has been signed, or taking a call to close a deal. Maybe it’s possible to excuse a parent calling the after school program to say her or she is running late. But use of mobile apps has gotten more prevalent – and more dangerous
With mobile devices came apps designed for workplace productivity, social connectivity and games – all of which have proven irresistible for drivers when behind the wheel. After tracking and analyzing tweets over a 10-day period, researchers at San Diego State University recently estimated that more than 62,000 drivers were playing the popular Pokemon Go app while behind the wheel. They attributed at least 14 accidents and two deaths to this behavior.
Last year, In 2015, The Auto Insurance Center analyzed thousands of posts on Instagram with hashtags such as #hopeidontcrash, #drivingselfie, #selfiewhiledriving that clearly indicate distracted driving. They found that people taking selfies behind the wheel increased exponentially between 2011 and 2014.
Unfortunately, I think we’re just at the early stages of a new “normal” in traffic deaths related to distracted driving, and I believe it will get worse before it gets better. My hope is that through continued awareness campaigns, technology, laws and quite possibly the advent of self-driving cars we can bend this horrible trendline.
In the meantime, we can all do a better job of leading by example, putting the phone down and keeping our hands on the wheel and eyes on the road.