Hewlett Packard Enterprise (HPE) has been selected by Zenuity, a developer of software for self-driving and assisted driving cars, to provide the crucial artificial intelligence (AI) and high-performance computing (HPC) infrastructure it needs in order to develop next generation autonomous driving (AD) systems.

Zenuity is a joint venture between Volvo Cars (VCC) and Veoneer, two Swedish companies whose names are synonymous with automotive safety. Its platforms have been designed to deliver world-class performance in autonomous driving while at all times meeting stringent real-world safety benchmarks.

HPE will provide Zenuity with core data processing services that will allow Zenuity to gather, store, organize and analyze the data it generates globally from its network of test vehicles and software development centers. The end-to-end IT infrastructure will be delivered as-a-Service through HPE GreenLake.

The service is powered by purpose-built HPC technologies: HPE Apollo systems, HPE ProLiant servers, and a high performance parallel Lustre® file based storage solution, and will be delivered through the as-a-Service HPE GreenLake offering. HPE Pointnext Services will manage the solution, creating an easy-to-use environment for Zenuity’s developers as they test, learn and validate new generations of its flagship AD software.

Deployment is due to begin rollout in summer 2020. Initial rollout will take place in Sweden, with plans for global deployment in the near future. 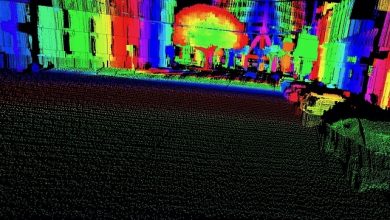