To ensure continuing leadership, we strategically update our sensors with more functions, better precision and higher robustness. The new adaptive OMNICOMM LLS 5 fuel-level sensor guarantees 99.5% accuracy in all conditions, ahead of any competition.

Most capacitive fuel-level sensors have an inherent defect that customers have accepted in the absence of alternatives. During installation, sensors must be calibrated to specific fuel properties and environmental conditions. However, fuel properties depend on highly dynamic factors, from the chemical composition of additives to ambient temperature. Recalibrating sensors every time you fill up your vehicle at a new gas station is clearly impractical. So, all capacitive sensors have an average measurement error of 3%, rising to 10% or even 30% in non-standard situations.

In practice, the fuel sensor might “think” the tank is filled when it is actually only 97% full.

According to research, one in three fuel stations sells 5% less fuel than you have paid for. This represents a significant money drain for an average transport company. Fuel costs constitute up to 30-40% of operational spend, and if you own 50 vehicles, fuel underfilling might cost up to 900,000 INR per year.

Margins for transportation businesses are extremely low at 5% or less, sometimes even dropping below zero. Having imprecise fuel sensors is preferable to having no sensors.

To solve this problem, we wanted to develop an intelligent fuel-level sensor that could be recalibrated automatically on the move. The development project was launched in 2015, reaching MVP stage in two years.

In 2017, we started field testing sensors capable of measuring fuel levels, analyzing fuel properties, and reporting results to the vehicle monitoring system through a navigation terminal. These sensors were easily able to detect changes both in fuel type (gasoline, diesel, biodiesel, etc) and chemical composition of the fuel (different additives, higher-grade gas diluted with lower-grade gas or even water, summer/winter blends).

To obtain extensive field test data, we invited our partners to use the first batch of sensors for 6 months instead of standard OMNICOMM sensors.

Using OMNICOMM Online fuel and fleet management system, we were able to track each prototype fuel sensor and monitor its operation under an actual workload. We observed how the sensors successfully recalibrated to match the fuel, based on its permittivity. With definitive proof of concept, we proceeded to official testing.

Unlike common capacitive sensors that contain a single measuring tube, OMNICOMM LLS 5 sensors contain two tubes that memorize ‘empty’ and ‘full’ values. The primary tube measures the parameters of the current fuel, while the reference tube stores information about the initial calibration fuel. The sensor analyzes the difference between the properties of the current and the reference fuel and auto-adjusts proportionally, compensating for any measurement error.

Measurements are powered by OMNICOMM FuelScan® algorithm engine stored in the sensor’s microcontroller memory, which decides if recalibration is required.

Unlike other commercially available fuel sensors, OMNICOMM LLS 5 operates with unprecedented 99.5% accuracy at all times—meaning a measurement error of 0.5% or less, regardless of fuel type. A solid cast metal casing offers IP69K-rated dust and moisture protection.

Get in touch with OMNICOMM India to find out more about LLS 5 sensors and OMNICOMM Online fuel and fleet management platform. 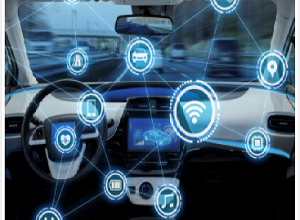 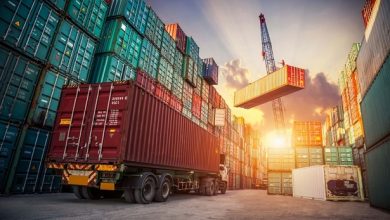