With a profusion of exciting innovations, Mercedes-Benz is underscoring its leadership position in the bus segment. The new developments center around environmental compatibility, safety, economic efficiency, and comfort. The new eCitaro G articulated bus with revolutionary solid-state batteries is a pioneering achievement in automotive construction which demonstrates the company’s position as segment leader in technology for all-electric inter-city buses. The new Intouro sets new standards for inter-city buses with its economic efficiency and versatility and a range of ground-breaking assistance systems. And finally, the Sprinter City 75 with new seating raises the bar for minibuses yet again.

The curtain is raised on a double world premiere: Mercedes-Benz is launching the all-electric eCitaro G. It is optionally equipped with innovative solid-state batteries. With this battery concept, Mercedes-Benz takes the technological lead not just in the bus segment but in automotive construction worldwide.

Mercedes-Benz is continuing resolutely on the path towards the electrification of city buses: the new 18.13 metre eCitaro G is ideal for operations in congested towns and cities on routes with large numbers of passengers, and is an important factor in improving the quality of life in inner cities.

Both the eCitaro G articulated bus and the eCitaro solo bus meet individual requirements from the transport companies, facilitating the move to e-mobility. The standard batteries in the eCitaro G and eCitaro are charged with DC current via a charging connector with a charging output of up to 150 kW. The connector is located on the right-hand side above the wheel arch of the front axle. In addition to this, some more plug positions on the left-hand side and at the rear of the vehicle are due to be offered in the coming spring.

As announced at launch, the eCitaro as a solo or articulated bus can also be supplied with a current collector/pantograph as an optional alternative to plug-in charging. A further variant to follow will have contact rails for charging with a fixed-position pantograph. These two variations double the already high charging output to up to 300 kW.

Like the solo bus, the eCitaro G is powered by the tried-and-tested ZF AVE 130 electric axle, which is located in the rear section. For maximum traction and use in demanding topography, the articulated bus can even be supplied with two powered axles. The motors are sited near the wheel hubs. Per axle they deliver up to 2 x 125 kW of power, generating 2 x 485 Nm of torque, as in the eCitaro. With the transmission ratio used, this equates to 2 x 11,000 Nm. This gives the articulated bus a commanding amount of drive power.

Over a very short period, the eCitaro has evolved from a one-off into a complete model series. It comprises the eCitaro solo bus and the new eCitaro G articulated bus and incorporates an extremely wide range of charging and battery technologies. The eCitaro is thus positioned as an all-electric city bus which can be tailored to match any application profile for regular service city buses, while Mercedes-Benz underscores its leadership position in the field of technology for electric mobility.

Powerful and long-lasting: the new solid-state batteries in the eCitaro G and eCitaro

The new eCitaro G is the first city bus in its category anywhere in the world to be equipped with solid-state batteries. These batteries have a very high energy density – around 25 percent greater than the coming generation of traditional lithium-ion batteries with liquid electrolyte. The new battery technology with an energy content of 441 kWh each is available both for the articulated bus and the solo bus. This gives the eCitaro G a range of up to 220 kilometres in favourable conditions with average demands on speed, topography and load along with straightforward climatic conditions. In the winter with the heating in operation, the eCitaro G covers an impressive 170 kilometres.

Another advantage of solid-state batteries is their long service life. The eCitaro/eCitaro G with this technology thus receive a basic warranty for up to ten years or an energy throughput of up to 280 MWh per battery assembly.

Maximum flexibility and economic efficiency, top levels of functionality and comfort and convenience tailored to a specific area of application, safeguarded by pioneering assistance systems: the all-new Mercedes-Benz Intouro raises the bar for buses for inter-city and excursion transport to a whole new level. The Intouro spans a huge range of uses. They cover everything from the practical high-floor bus with luggage compartment to school buses and shuttle buses, as well as for moving employees round works sites and as a comfortable coach for day trips and weekend excursions.

The new Intouro will initially appear in the segment in which it enjoys the highest sales – as the 12.18-metre Intouro and the 13.09-metre Intouro M. These will be followed by the highly agile Intouro K (10.75 metres in length) and the three-axle 14.88-metre Intouro L. The Intouro’s plethora of variants is impressive – with its modular equipment concept it has the perfect answer to every question.

As a thoroughbred Mercedes-Benz, the new Intouro offers a level of safety without equal in its segment. For example, it is the first bus to feature the unique emergency braking assistance system Active Brake Assist 5 – or ABA 5 – another milestone in the evolution of safety. For the first time, ABA 5 works using a combined radar and camera system. Within its limits, the optionally available assistance system can automatically execute a full-stop braking manoeuvre to bring the vehicle to a standstill to avoid a stationary or moving obstacle. As the first globally available emergency braking assistance system for buses, ABA 5 can also effect an automated full-stop braking manoeuvre to avoid moving pedestrians.

Another optionally available item among the outstanding new safety equipment for the Intouro is Sideguard Assist, the radar-based turning assistance system with pedestrian detection. It supports the driver primarily when making turns in built-up areas and gives effective protection to more vulnerable road users such as pedestrians and cyclists.

With its much broader range of uses, the new Intouro has replaced the predecessor model series. Furthermore, the new development signals a product overhaul by Daimler Buses in the inter-city bus segment: the previous MultiClass 400 UL and UL business from the sister brand Setra will be merged into the new Intouro. The Setra range will continue to include the highly popular Multiclass 400 LE business model series. This will result in a clearly structured offering: the high-floor inter-city bus segment will be covered by the new Mercedes-Benz Intouro, whilst the Setra LE business will represent the low-entry segment.

The Mercedes‑Benz Sprinter City 75 is the pride of the Mercedes‑Benz minibuses for regular-service bus routes. The 8.5-metre-long regular service bus with an independent body offers seating for up to 38 passengers. The new Inter Star Sprinter inter-city seating makes the city bus even more versatile as the Sprinter City 75. The upholstered seats have a firm, high backrest and in addition to their comfort offer maximum safety thanks to the three-point safety belts fitted as standard equipment to all. The Sprinter City 75 derives its seating layout and thus the number of seats from the city bus: 12 seats are arranged in the high-floor area, with seven more in the low-floor section.

Bus drivers inevitably have frequent direct contact with their passengers. During the period of the COVID-19 pandemic, the new full-width glazed driver’s partition is therefore of particular importance. It will be available for the Sprinter City 75 from the end of the year to protect drivers from the risk of infection. 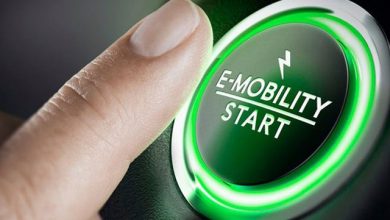 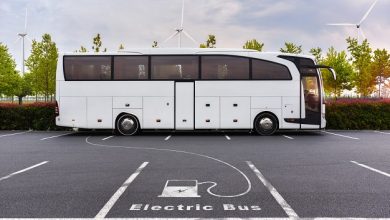 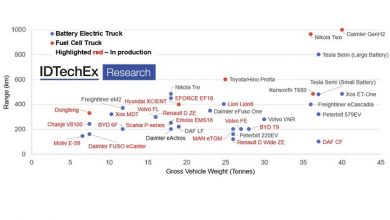