Electric vehicles batteries not being able to meet the performance needs to be replaced. A research published in ‘Applied Energy‘, by six current and former MIT researchers,  including postdoc Ian Mathews and Professor of Mechanical Engineering, Tonio Buonassisi, who is also head of the Photovoltaics Research Laboratory.

These EV batteries could still have a second life as storage battery for solar energy farms.

The researchers explored a hypothetical grid-scale solar farm in California, where they examined the profitability of different scenarios. (1) Building a 2.5-megawatt solar farm alone with new lithium-ion battery storage system; and (2) building it with a battery array made of used EV batteries which had diminished to 80 percent of their original capacity, the point at which they need to be replaced.

The outcome of study was- a properly managed solar farm with used EV batteries provides good return on investment, provided the batteries cost less than 60 percent of their actual price.

Not an easy task

The process might sound simple, but as pointed out by researcher, screening of batteries to ensure they have 80% life left will be challenging. Also when batteries of different make from different cars are being put together, the poor battery could bring down the overall performance.

The study used a semiempirical model of battery breakdown, trained using sustained data, to predict capacity fade in these lithium-ion batteries under different operating state, and found that the batteries could achieve maximum lifetimes and value by operating under reasonably gentle charging and discharging cycles — never going above 65 percent of full charge or below 15 percent. It was clear from the study that maximizing the lifetime of the batteries would provide the best returns.

How long will they run?

One major point is just how long the batteries can keep up to operate usefully in this second application. The study says that one can carry on to operate down to 60 percent of capacity or even lower might prove to be safe and worthwhile. Longer-term pilot studies will be essential to determine that, he says. Many electric vehicle manufacturers are already beginning to do such exploratory studies.

“That’s a whole area of research in itself,” says Mathews, “because the typical battery has multiple degradation pathways. Trying to figure out what happens when you move into this more rapid degradation phase, it’s an active area of research.” In part, the degradation is determined by the way the batteries are controlled. “So, you might actually adapt your control algorithms over the lifetime of the project, to just really push that out as far as possible,” he says. This is one direction the team will continue in their ongoing research, he says. “We think this could be a great application for machine-learning methods, trying to figure out the kind of intelligent methods and predictive analytics that adjust those control policies over the life of the project.”

A current report from McKinsey Corp. shows that as demand for backup storage for renewable energy projects grows between now and 2030, second use EV batteries could potentially meet half of that demand, Mathews says. Some EV companies, he says, including Rivian, founded by an MIT alumnus, are already designing their battery packs specifically to make this end-of-life repurposing as easy as possible.

It is also worth noting on similar lines way back in 2012, ABB’s Mietek Glinkowski was interviewed at the ABB Smart Grid Center of Excellence in Raleigh, North Carolina USA, where he talked about turning used EV batteries into storage device. 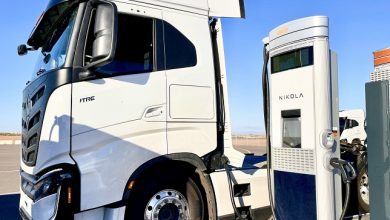 Audi to Install Charging Infrastructure at Own Sites 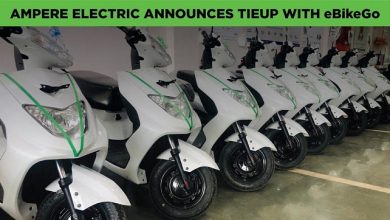