China plans to turn out the implementation opinions on promoting the development and application of autonomous driving technologies, and optimize the management system for autonomous car road tests, said Liu Xiaoming, Vice Minister of Transport, at a press conference held on 19 May 2020.

Liu said, “Development of autonomous driving technologies is a systematic program that not only requires the correlated efforts from governmental bodies, industries, universities, research institutions and application, but also needs international communication and down-to-earth collaborations. Going forward, the Ministry of Transport will steadily advance the popularization of autonomous driving applications, and the integration of traffic infrastructure, transportation service and energy networks.”

He further added, “To achieve that goal, the cross-sector and trans-regional coordination will be highlighted. In addition, the authority should launch a batch of pilot projects first, and work on developing the solutions for the scale application of self-driving technologies.”

The developments in autonomous driving made so far are summarized below:

The Ministry of Transport, the Ministry of Industry and Information Technology, and the Ministry of Public Security jointly issued the Administrative Rules on the Administration of Road Testing of Intelligent Connected Vehicles (ICVs) to instruct local authorities and companies to carry out ICV road tests. In February 2020, the Strategies for Innovative Development of Smart Vehicles were jointly released by 11 governmental departments.

3) Formulation of standards and regulations

The ministry has drawn up over ten criteria about the basic technologies of autonomous driving and vehicle-road collaboration, the technical guidance about the safety of buses and trucks in operation, and the general technical specifications for highway auxiliary facilities adapted to automated driving.

The ministry has authorized six closed testing grounds for autonomous cars to enhance the tests’ safety level, and strengthen the R&D and testing involving both vehicles and infrastructures. Besides, the data sharing and mutual acknowledgement of results among different testing areas are encouraged under the joint efforts with the MIIT and the Ministry of Public Security.

Quite a few pilot projects themed the next-generation national transport control network and smart highway have been launched and conducted, which follow the cutting-edge technology trends of infrastructure-based intelligence, integration of land transport and vehicle-road synergy, and help promote the applications of 5G-enabled communications and the BeiDou navigation satellite system.

The ministry proactively organizes the communication of autonomous driving technologies with countries like Germany and Netherlands, and carries forward the collaboration with Russia in constructing self-driving passageways that extend beyond borders. 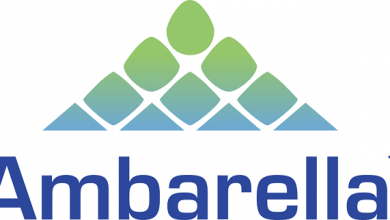