The Telematics Control Unit (TCU) is now the frontline of the automotive cybersecurity battle. New use cases, driven by ubiquitous connectivity, will see it play a larger role in modern vehicles. As cybersecurity attack vectors emerge, the automotive industry will need to think fast if it is to keep ahead of the threat. Gilad Bandel, VP of Product and Marketing at Israeli firm Arilou Automotive Cybersecurity explains more.

On March 21st, 1801, the 28th (North Gloucestershire) regiment of the British Army fought a fierce battle outside of Alexandria, Egypt. During this battle, French cavalry broke through the British lines, formed up behind the regiment, and began to charge both sides of the line simultaneously. Still heavily engaged to their front, the order came; “Rear rank, 28th! Right about face!”, and then, in two ranks back-to-back, the regiment successfully defended itself.

The telematics control unit is in a similar situation in terms of cyber-threats and possible attack vectors, because the TCU serves as a gateway between the external world and the IVN. Vulnerable on two fronts, it can be attacked via both the external cellular network and the in-vehicle network. A full transition to the use of automotive Ethernet, using IP (internet protocol), increases the risk of a remote attack being launched against an electronic control unit (ECU).

Remote attacks are regarded as the most severe threat to the vehicle since they can be performed from anywhere and leave very few traces:

As physical attacks are also possible, the basic assumption is that the enemy is among us and able to inject traffic into the IVN.

As above descriptions are generic, we should examine them in relation to the various protocols used.

The TCU is just another embedded device, as such all the risks relevant to any embedded device are relevant here as well. Since this is a connected device that serves as a gateway for interfacing with a vehicle’s secure ECUs, the risks are much higher:

There are numerous reasons to secure TCUs:

The following list examines relevant means to secure the TCU. Each case must be implemented following a designated process such as Threat Analysis and Risk Assessment (TARA), resulting in a list of prioritized risk minimization/mitigation methods. Tier-1 suppliers and OEMs need to work together to create an optimized plan for cost-effective security for the TCU and associated vehicle models. In any case, there is no silver bullet that solves all problems, therefore a multi-layer, defense-in-depth approach is required.

It is crucial to emphasis that while all the other measures are important, the IDS/IPS is the only dedicated, devoted, independent and objective component in the vehicle concerned exclusively with cybersecurity protection.

The IDS performs the function of detection and reporting (only) of events, normally to a Security Information and Event Management (SIEM) system at the Security Operation Center (SOC) where a Cyber Emergency Response Team (CERT) will perform forensic analysis and generate a response. An IPS, in addition to reporting, will stop the attack by taking intrusive actions – such as dropping offending frames or disabling offending components.

Incoming traffic to the TCU needs to be inspected in case the attack target is the TCU.

The outgoing traffic from the TCU to the IVN needs to be inspected in any case:

Since the TCU is a connected device with interfaces both to the outside of the vehicle and to the IVN it is prone to cyber-attacks, and it should be well protected. Protection solutions include a variety of procedural and technological means as detailed in the article. The following table summarizes the various cases and considerations:

Table 1 – Summary of cases and considerations

Tier-1s and OEMs need to implement proper security measures if they are to protect the vehicle and the TCU from dangerous attacks. Arilou offers a variety of automotive cybersecurity products including:

This is in addition to other products that provide a protection solution which answers the challenge of securing TCUs, gateways and the IVN in general.

Gilad is an accomplished executive with over 30 years of experience in the cybersecurity and networking industries. Having covered markets in Europe, America and the APAC region, Gilad is a renowned expert in conceptualizing and developing go-to-market strategies. 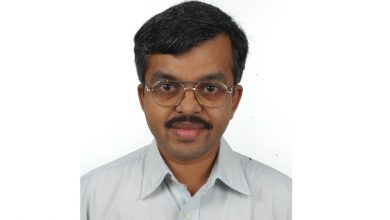