Vocal Control and response will be the bridge between high end telematics, self driving and connected cars. This technology will be the break through and adoption accelerator for the self-driving car.  With a voice system, the driver will feel more at ease with allowing the automobile to take control of driving functions.

Connected cars are today’s reality.  No longer is the automobile an isolated part of the ever-increasing internet universe, the car is becoming a center for information and automation.  The connected car is slowly evolving to become a major compute platform, an IoT device on wheels, a mobile datacenter, a virgin field of dreams for Tech companies larger and small.

Today’s connected cars are more a combination of science fiction and artwork masterfully blended to form the new rise of today’s techno beast.  Instead of talking about compression ratios and spark advancement, auto shop geeks are talking chip setting, software mods,self-driving add on, advanced diagnostic sensors, sensors that allow the car to see, automatic wipers and foot activated trunk openers.  Connected cars of today are selected by consumers not for horsepower or engine size, consumers of today are looking for economic super beasts that can squeeze every mile out of a gallon of gas or every volt out of a charged battery.

Technology is the new word in the car industry.  Just yesterday car enthusiast would focus in on the rebuilding of engines and transmissions for cruising down the boulevard.  Don’t get me wrong the cruise strips and fun drives are still on, but the players have changed.  Sure, you have the Fords and Chevy’s of the world, but gone are the Pontiacs and Chryslers of the world.  New players like google, tesla, intel and a slew of other high-tech companies are jumping into the world of the smart automobile.

Every day new ideas and features / functions are introduced in the automobile market.  Of these ideas and /or technological improvements is in the area of speech recognition.With the increase need for motorist to stay focused on the road, voice recognition systems are in big demand.  Even with the move to self-driving connected cars, voice recognition will be the primary system for commanding and controlling these cars of the near future.  Similarly, natural language voice response will be the norm of the day.  Just look at the advances in technologies like Siri, Alexa, Cortina and other speech systems.  These systems will pave the way for the birth of “OTTO” you’re on board guide to the connected car.  “OTTO” would be the human car interface , the communication path towards advanced functions, the companion along for the ride , the keeper of the connected car basically the eyes and ears of you new mode of transportation

It won’t be long till connected cars of the very near future will be able to merge voice pattern recognition with self-driving capabilities, high end Global Position System and traffic navigation systems, Online databases and search engine to make drive time more productive and safe.  These cars of the future will allow for users to simply climb into the vehicle and verbally command the car to take them to destinations, to allow the occupant to engage in entertainment, and to be connected at all times to the rest of the world.  Soon cars will be able to call for roadside assistance before the car comes to a safe stop on the side of the road.  Soon 911 operators will be contacted by the car, sending information about the accident and the vital condition of its passengers( this is something that is currently available with packages like OnStar).

There is precedence in the concept of a Connected Car being coupled with automation to provide advance can be seen in some of today’s newest car platforms.  These new functions are combining features such as distance sensors, actuators, and radar to allow cars to park themselves.  They are leveraging first generation systems that allow for control of climate, radio functions, basic global positioning systemfunctions, and phone operations into the automated machines of tomorrow.  All this plus automation to allow cars to park themselves, stop themselves in an emergency, add additional safety for motorist suffering from road fatigue.  Even little things like being able to send operational reports to your email account so you can review and figure out when might be a good time to schedule maintenance.

We are seeing an ever-increasingusage of voice control starting to pop up in the futures list of Car manufactures as well as fleet management systems.  Fleet management software companies are looking at ways to couple voice commands into their advanced systems to improve driver safety and increase operational efficiencies. Why? Voice commands would allow for better communication between driver and central office.  Voice systems would decrease road side failures and increase response times. Voice would make it more natural for the drivers and central office to collaborate. Voice commands are easier to create multi step automated tasks.  Via voice systems it will be easier and safe for a driver to ask the car for a status then looking at the gauges or look down or over at the gps or route schedule.

Voice control or better yet two-way voice communication would aide in the adoption of the self-driving cars.  Passive systems such as braking and lane detection doesn’t seem to bother a current driver simply because they just happen to only trigger an alarm, but the self-driving car is something totally different.  It will be a generation before consumers are comfortable not being in control of the vehicle, just look at how many users take advantage of the self-parking feature prevalent in many brands of automobiles.  Now add voice to that system such as “Otto please park the car” in which Otto replies “I can do that please pull forward of the spot so I can scan it. ok I am ready please release the wheel and let me know when to proceed” “okOtto proceed to park “this interaction would be more natural and comforting allowing for far greater adoption of the technology.

In the future connected self-driving vehicles coupled with voice and automated systems would allow for a more comfortable interface between the car and the driver.  The blending of the technologies with the realization of such advancements is something most humans are already familiar with.  Have you seen some of the latest block buster hits with cars of the future that self-drive and have at their core voice controlled systems? This will be the break through and adoption accelerator for the self-driving car.  With a voice system, the driver will feel more at ease with allowing the automobile to take control of driving functions. 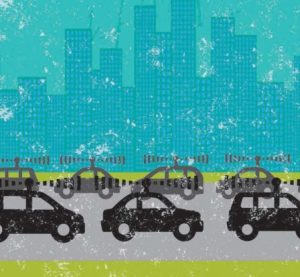 What would a typical day be in such a vehicle. it could start like this “Otto please take me to the office “might be the new way to start a vehicle.  The car would respond with an affirmation of the command and the obligatory “please fasten your seat belt “maybe more personalized version of the system will ask for climate control settings and remind the passenger of safety protocols during movement.  As the engine whirs to life, Global Positioning routing is performed to review the route.  Communication with the outside world to check on traffic and weather conditions allows for fine tuning the route.  Calculations of the most fuel-efficient route further refines the route.  All this can be accomplished in the time it takes to buckle your seat belt

Now as your trip begins, continual updating of traffic information is feed into the onboard system.  These updates are calculated and OTTO informs you of the ETA to your destination.  While your relaxing listening to your favorite music,news, or broadcast your vehicle is performing self-diagnostics on its operations.  Tire pressure, oil pressure, temp sensors, wear sensors, and other sensors check the cars full operation and reports are stored.

Let’s say you are running low on fuel on this trip to the office, Otto can chime in and ask “low fuel detected would you like to fuel during this trip?”.  You reply “Yes Otto cheapest unleaded 87 octanes”.  Computer software now reaches out to the internet to review gas prices on the current route,then reviews gas prices with a 5-mile deviation of current route taking into account traffic patterns.Then within seconds Otto reports on three gas stations with the lowest prices and potential time to each.“which station would you like” “Otto does any of them serve fresh coffee? 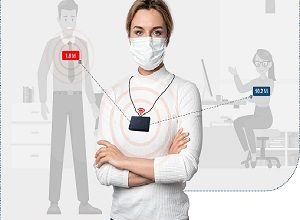 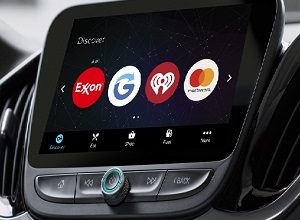 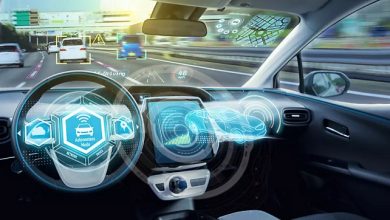