The global automotive industry has been witnessing a transformation over the last decade with digital communication technologies making rapid inroads in vehicles. While it is no news that data is the new oil, automakers and others want in on the data-for-dollars boom, thanks to the emergence of increasingly capable and cost-effective processors, image sensors, memories and other semiconductor devices, along with robust algorithms. This has resulted in automakers bringing together various pieces in a car ,such as infotainment, telematics, and diagnostics and developing an ecosystem to provide variety of services, including usage based insurance, preventive diagnostics, and location based services using the generated data.

While automotive digital technology has traditionally focused on optimizing the vehicle’s internal functions, an average car today possesses the computing power of 20 computers with more than 100 million lines of programming code, and processes nearly 25 gigabytes of data every hour. But this attention is now turning to developing the car’s ability to connect with the outside world and enhance the in-car experience. Though there will be little change in vehicle ownership cost for consumers, a dramatic increase in vehicle connectivity will increase the value of the global market for connectivity components and services from €30 to a whopping €170 billion by 2020.

Though there will be little change in vehicle ownership cost for consumers, a dramatic increase in vehicle connectivity will increase the value of the global market for connectivity components and services from €30 to a whopping €170 billion by 2020.

In the premium automobile segment, spend on digital technology is expected to rise to 10% of total vehicle sales by 2021; more than double the current level of 4%. While technological advances have driven the automotive sector for decades, the key to driving this dramatic acceleration is by arriving at electronics architecture that optimize on the costs while providing value to the customer.

In the hood of Connected Cars

One can see the architecture of the connected car as the vehicle connected to anything with an electronic device. Traditionally, automotive architecture comprised of Infotainment, Telematics, and Diagnostics which had minimal to no communication between them. The advent of advanced communication such as vehicle-to-everything (V2X) communications, telematics, near-field communication (NFC), and multi-standard digital broadcast reception complemented by advanced driver-assistance systems (ADAS) that implement autonomous driving features, cars of the future will be supercomputers on wheels.

The proliferation of sensors in today’s vehicles has fueled the rapid evolution of ADAS. Once a domain of only high-end luxury cars, today ADAS systems have found their way into mid-range and economy vehicles. Automobile and tech giants including GM, Uber, and Tesla Motors, to name a few, seem to be in a race to develop and ship affordable autonomous vehicles into the market. However, there are several challenges with respect to developing ADAS, including high development costs, compliance with rigorous safety certifications, and integration of ADAS components from multiple suppliers.

Today ADAS systems have found their way into mid-range and economy vehicles. This paradigm shift towards mass adoption has also flagged the path to piloted drive and fully autonomous vehicles

Inventors being drawn to connectivity is no news. Since the first telegraph message in 1838, to the discovery of radio waves, the telephone and, of course, the Internet, our desire to stay connected in every possible way has amplified over the years. And the automobile is part of the same evolution. From CB radios to monstrous car phones, drivers have often gone to seemingly any length to make sure their drive time didn’t mean they were out of the loop.

Considering that an average Indian spends 600 hours a year behind the wheel, there’s real pressure to provide an intuitive user interface that allows a user to interact with the car over wireless networks to perform variety of operations starting from getting vehicle status to controlling some of the aspects of the car like switching on the HVAC or locating a car in the parking lot. This is where connectivity enhances as a key product feature of the Connected Car Gateway (CCG), an entry point for a car to communicate to the external world. Comprising of several smaller blocks such as LTE, Wi-Fi and Bluetooth along with radio navigation system like GPS, connectivity will impact not just roadway object detection, but how the car and driver communicate with their electronic environments.

Security Protocols – A Need of the Hour

With more and more vehicles getting connected to internet allowing access to vehicle information and control of vehicle from remote location, the security threat to vehicles from external hackers has increased exponentially. While several studies some years ago have already warned that hacking into a car is possible, and hackers recently demonstrated that they could indeed gain remote control over vehicles.

Despite the paradigm shift, car makers, who until now focused on innovation of safety devices, such as brakes, will have to invest in additional security to protect the vehicle against hackers.

Having said that and considering the rapid change in the face of automotive industry, NXP has put together a framework consisting of four security layers that that provides a holistic approach for securing the complete vehicle architecture, using a defense-in-depth strategy. These include, Secure interfaces, which connect the vehicle to the external world; Secure gateway, which provides domain isolation through separating interfaces, infotainment, safety-critical systems, among others; Secure network, which provides secure communication between control units (ECUs); and Secure processing units, which implement all the features of the connected car.

A framework consisting of four security layers that that provides a holistic approach for securing the complete vehicle architecture, using a defense-in-depth strategy

Each connected component has its own specific security challenges. So, NXP believes that a four-layer security framework. The framework provides the right level of protection and countermeasures to individually address the security needs for each one. This structured approach delivers multiple levels of defense, from the vehicle’s perimeter to the individual electronic control units (ECUs), eliminating vulnerabilities.

While the future of automobiles would be much smarter and safer than the current time, automobiles will no more be just a means of commuting but a progressive and personalized information hub. Innovations are helping create a more entertaining, customized experience for consumers as well as making driving safer and easier. Though these vehicles, offering car owners multiple possibilities, will prove a boon to the people, the immense quantity of data generated will be red meat for marketers. Automakers on the other hand, can use this opportunity to keep customers happy and loyal.

Sanjay Gupta is the Vice President and India Country Manager at NXP India Pvt. Ltd. Sanjay is responsible for leading NXP’s business in India and ensuring local compliance with government and corporate programs and policies. He also leads Methodology, Quality and Culture for the Automotive Microcontrollers & Processors (AMP) R&D in the organization. He is also the Chairperson for Innovation board (Methodology, flows and tools) for BU Automotive across organizational units. He is leading three diverse R&D locations (Noida, Bangalore and Hyderabad) consisting of nearly 1,800 employees representing all NXP product groups

Sanjay had started his professional journey with Motorola in 1996 and has worked on assignments in the Wireless business, Digital Networking, Industrial MCU and the automotive organizations. He holds multiple U.S. patents in the areas of state retention within a data processing system and miller cap tolerant special clock tree elements. Sanjay earned his earned his bachelor’s degree in engineering in electronics and communication from Delhi College of Engineering, and his MBA from the Indian School of Business – Hyderabad. 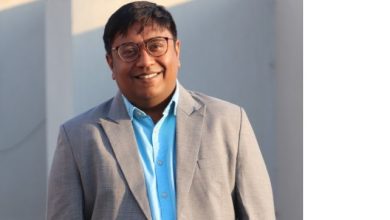 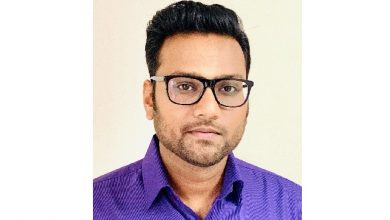 Today’s posture of cybersecurity in the automotive industry