It has always been better to look towards technology for solutions. Delhi Transport Corporation (DTC) is also not behind in implementing IT solutions in its city transport buses.

During the past few decades the country has experienced an ever increasing rate of globalisation. This situation requires constant innovation and a higher level of Information and Communication Technology (ICT) adoption especially in the areas of public transport.
Global positioning system (GPS) vehicle tracking has rapidly gained popularity among fleet owners as the technology becomes more affordable and easier to access. In general, GPS vehicle tracking utilizes a space-based global navigation satellite system to track time and location information for fleet vehicles.
This information can be used to improve a host of fleet management operations including the reduction of fuel costs. GNSS-based ?eet management systems are used to locate vehicles (e.g. trucks, buses, police cars, taxis) in order to optimize resource management, reduce travel time, increase security and reduce fuel consumption.
Therefore, GPS is being largely adopted by the State Road Transport Departments for Vehicle Tracking Systems (VTS). The proposed VTMS & PIS Project implementation includes core components such as: Vehicle Tracking System, Real Time Passenger Information System and Data center.
Delhi Transport Corporation (DTC) is also not behind in implementing IT solutions in its city transport buses. With the initiative taken by Transport Department starting a project in 2010 to provide GPS in all public transportation systems in the national capital, Delhi Transport Corporation (DTC), out of the total fleet of 5000 buses, GPS has been installed till now in 3,775 DTC buses. The 1225 old DTC buses do not have GPS as they soon have to be replaced by low-floor buses.

The project is yet not stabilized and is under the process of stabilization. The project was supposed to be implemented by DIMTS (Delhi integrated multi-modal transit system Ltd,) appointed by Transport Department, but they have not been able to complete and maintain it.
GPS is a proven technology used worldwide for a variety of purposes, including tracking of public transportation services.
The software for tracking through GPS has been developed by DIMTS and has been deployed on DTC buses with its control room at the Millennium bus depot. Under its automatic vehicle locater (AVL) system, the software collects information such as the precise location of a bus on its route, speed, and its in-shedding and out-shedding time at depots.
Ones the GPS system is stabilized the project can further be undertaken for Public Information System (PIS) where various applications can be used which can provide real time information to the commuters. 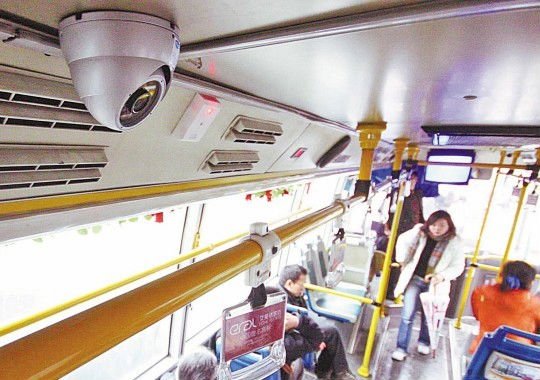 In addition to this DTC is also installing CCTV cameras in its 200 buses as a pilot project. Around 200 low-floor buses are being installed with close circuit television cameras in the first phase by the Delhi Transport Corporation in an effort to enhance security on its buses, particularly for women. More buses would be brought under CCTV cameras so that a close watch is kept on passengers after the success of this pilot project 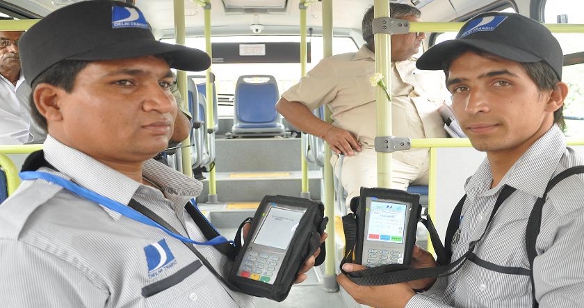 Delhi Transport Corporation has also hired A Consultant for the installation of Electronic Ticketing Machine in its buses. The Project Consultant is UTITSL. In The First Six Months, The Consultant Will Undertake the Bid Processing Management and, in the next six months, it will do Project Implementation, Monitoring and Support. The Project, Which Was First Mooted In 2010, is expected to Plug the Holes In DTCs Existing Revenue Collection System, as well as be the first step towards an Automated Fare Collection System that would include Delhi Metro and other forms Public Transport.
Author: Dr Ravinder S Minhas, Manager (Advertising and Public Relations), Delhi Transport Corporation

Telematics, the way forward in insurance